Parents held a rally on Wednesday outside the Disney Burbank offices in California to protest the company's woke agenda which follows the recent leaks.

Hundreds of people showed up at the Disney offices in Burbank, California to protest the company's woke agenda, many of whom are parents.

This is in contrast to the one person that showed up in Florida to a protest organized by the woke left in response to Disney's lack of a response to the Parental Rights in Education bill, where less than a hundred employees also walked out in Burbank, thought to be on their lunch break.

The rally held Wednesday follows the recent leak where Disney executives' progressive LGBTQ agenda became known as the execs pushed a "not-at-all-secret gay agenda" at the company which also saw the execs state they are eliminating all mentions of "ladies," "gentlemen," "boys," and "girls" in the Disney theme parks in order to create "that magical moment" for children who do not identify with traditional gender roles.

Video below from Wednesday's rally features an unidentified Disney Employee blasting Disney for its woke agenda that makes it hard for people with conservative values to work at the company and do their jobs.

The Parental Rights in Education bill has been signed into law by Florida Governor Ron DeSantis who blasted Disney following the leaks, and Florida lawmakers now want to repeal the 1967 Reedy Creek Improvement Act, which allows Walt Disney World to govern itself.

The Parental Rights in Education bill, what the woke left refers to as "Don't Say Gay," makes it illegal for teachers to instruct kids as young as kindergarten about sex education of any kind.

It should be said the woke left is a radical vocal minority while people of all family values are the majority, so Disney Bob Chapek should do the right thing and cater to its long-time existing loyal customers and fanbase, families, and get rid of the toxic woke left who are completely hell-bent on destroying families with their goal to achieve their socialist-communist new world order. 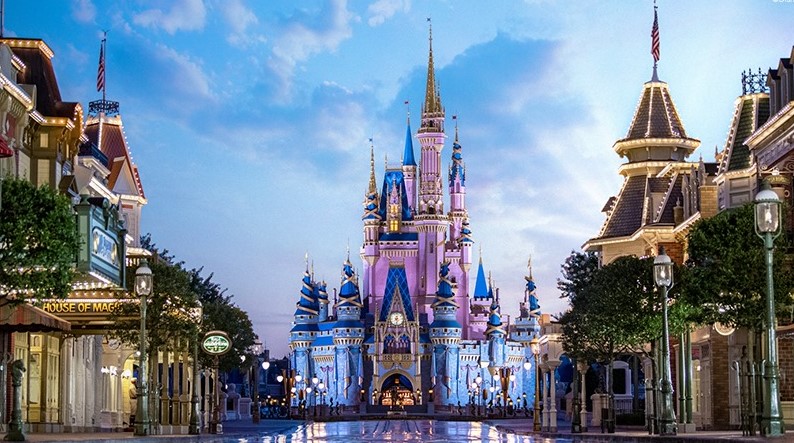 BREAKING: A conservative Disney Employee says “it’s gotten very hard to be someone with conservative values” working for Disney in front of the Disney HQ in Burbank CA

BREAKING: A conservative Disney Employee says “it’s gotten very hard to be someone with conservative values” working for Disney in front of the Disney HQ in Burbank CA