While Marvel Studios, Kevin Feige and Joe and Anthony Russo can’t get the Big Guy right, at least the Hulk we all know and love returns for The Avengers video game.

The Avengers video game recently had “Hulk week” on their social media where footage and more was released in addition to behind-the-scenes action and Q&As with the actors and stuntmen involved.

A Mr. Fixit skin has also been revealed.

Developed by Crystal Dynamics in collaboration with Eidos-Montréal, Nixxes Software, and Crystal Northwest, Marvel’s Avengers will release simultaneously for the PlayStation 4 computer entertainment system, the Xbox One family of devices including Xbox One X, Stadia, and PC on May 15, 2020. 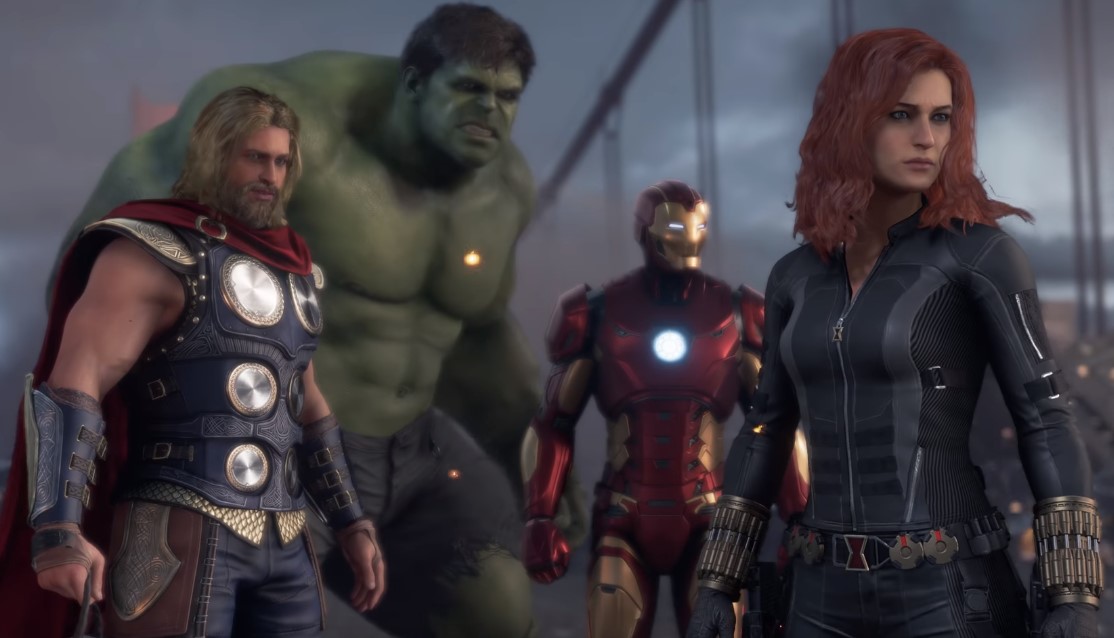 Who’s next in our Marvel’s Avengers lineup? None other than the green giant himself! The incredible, unstoppable… HULK! In Marvel’s Avengers the world is Hulk’s for the smashing. Former Nuclear Physicist Bruce Banner trades his genius-level intellect for superhuman strength and durability whenever The Hulk is unleashed to fight alongside his fellow Avengers. Did you miss the Marvel’s Avengers global gameplay reveal? Check out the full A-Day Prologue gameplay footage via the link in bio. Play the Beta first on PS4. #EmbraceYourPowers #Reassemble

Marvel’s Avengers uses THREE talented actors to bring The Hulk & his brilliant human counterpart to life! First up is industry-icon @officialtroybaker who lends his voice & performance to the contemplative Bruce Banner. Troy answered a handful of questions about the role, and touched on his extensive history as a Marvel fan. #FollowFriday Q: If you could have any super power, what would it be & why? A: Definitely control time. That or turning villains into tacos. Because…I mean, tacos. Q: What is your first memory with a Marvel comic book? A: Traveling with my dad on business trips. No matter what town you can always find a comic book store. I’d read as many books as I could before getting caught & being made to choose between lunch or buying the next issue. I’d read it over & over until my dad came back to pick me up Q: What makes Hulk the most “super” & what makes him the most human? A: Super? Clearly the strongest. CLEARLY. THE. STRONGEST. And human? I feel he struggles the most with the duality that inherently comes with being a Super Hero. More than others he considers the human cost and social impact of his actions. Q: Bruce is often overshadowed by his big green alter-ego. How did you approach voicing Bruce Banner, since you had the ability to focus on just this facet of his personality? A: This story is unique. We really focus on who these people ARE, not just the powers they have. Action is in the explosion but drama is found in the aftermath. Playing Bruce in this space allowed me to explore him as a human and the weight he bears by being such a brutal force. Q: How does your portrayal of Bruce Banner differ than that of previous incarnations of this iconic character? A: Bruce sits at the emotional core of our story. His relationships with the characters, which is often tenuous, spotlights his inner struggle. We’ve carefully crafted an arc for Bruce that simultaneously recalls fan favourite storylines and builds upon them.

Now that you know the basics of Hulk’s SMASHing approach to combat, let’s dive deeper into his heroic moves. As a refresher, each Avenger has three Heroics – support, assault, and ultimate – that operate on a cooldown timer. Let’s start with Hulk’s Support Heroic – Boneshaker. When Dr. Banner relinquishes control of the demon within, the result is the catastrophic Boneshaker ability – he repeatedly slams his fists into the ground to taunt all challengers. Hulk draws all nearby enemy attention (aggro) and is overcome with inner rage that bolsters his defensive strength. Teammates who witness this show of aggression gain their own gameplay buff so they can jump into the fray & fight alongside their gamma-fueled companion. Gamma Rush – Hulk’s Assault Heroic – allows him to quickly smash his way through a group of enemies, using his Gamma Rush to become a human battering ram. To add insult to injury, Hulk will grab the first enemy encountered during the attack and slam him into the ground at the end of the charge, inflicting massive damage & staggering nearby opponents. How about Hulk’s Ultimate Heroic? Enemies outside of his immediate reach may think they’re safe, but they still have to contend with Hulk’s most powerful attack–the Thunderclap. When Big Green smacks his hands together it unleashes a shockwave of devastating, concussive force. Anything caught in the blast is hurled backwards, flying through the air and clearing a path for Hulk to inflict even more damage to the next wave of combatants. Marvel’s Avengers will release simultaneously for the PlayStation 4 computer entertainment system, the Xbox One family of devices including Xbox One X, Stadia, and PC on May 15, 2020. Play the Beta first on PS4.

The last thing on Hulk’s mind is his Super Hero attire, but he does have an “iconic look” – big, green, and intimidating. “For Hulk, the design challenge for the team has been different than the other characters,” explained Creative Director Tore Blystad. “In order to bring something unique to a character with a narrow aesthetic range to draw from, the focus was instead on Hulk’s build. His face has been modeled from our Bruce Banner face, so they share the same facial features.” Hulk’s body was modeled after a variety of bodybuilders, pro-wrestlers, and extreme athletes who operate at peak physical condition. To make the exertion of energy and power read well, Hulk is sculpted in a non-flexed approach. This is done to exaggerate and flex his muscles during combat, making his veins and tendons pull beneath the skin surface. Hands and feet are exaggerated in proportion, making his limbs the ultimate weapons of power and strength. Hulk’s classic purple trousers are muted in Marvel’s Avengers, based on real-world dress slacks one would expect a man of science to wear in his daily routine. The goal across all Crystal Dynamics’ character designs is to be recognizable, but unique, something the studio worked closely with Marvel to achieve. —- Did you miss the Marvel’s Avengers global gameplay reveal? Check out the full A-Day Prologue gameplay footage via the link in bio. —- Play the Beta first on PS4. —- #EmbraceYourPowers #Reassemble