In what I am guessing is no coincidence, following the news of the new Supergirl, Henry Cavill takes to social media to tease a secret project, which is speculated to be Mass Effect.

Henry Cavill posted an update on Instagram on Wednesday which included what is thought to be a blurred-out script, where when de-blurred looks to feature words associated with the Mass Effect video games.

Various sites have “de-coded” the script using “Focus Magic” where the words are made clearer and appear to directly relate to the Mass Effect wiki page (via IGN):

Following the events on Tuchanka and a failed coup by Cerberus to take over the Citadel, the quarians offer their support to the Alliance if Shepard helps them reclaim their homeworld, Rannoch, from the geth,” The Wikipedia page reads. “Assisted by a quarian, either Tali’Zorah or Admiral Daro’Xen, Shepard boards a geth dreadnought and rescues a captive geth unit, either Legion or a facsimile occupied by a geth virtual intelligence (VI), then disables the Reaper control signal over the geth.”

So it appears that Henry Cavill is stating he is involved with a Mass Effect project, which could be a movie or a TV series.

It’s known that Henry Cavill is a huge gamer, and even built a custom PC himself, and of course, Cavill stars in The Witcher, so maybe Henry has signed on to play Commander Shepard in an adaptation of the popular Mass Effect video game series.

RELATED: Cavill said to be out with Abrams’ Superman reboot 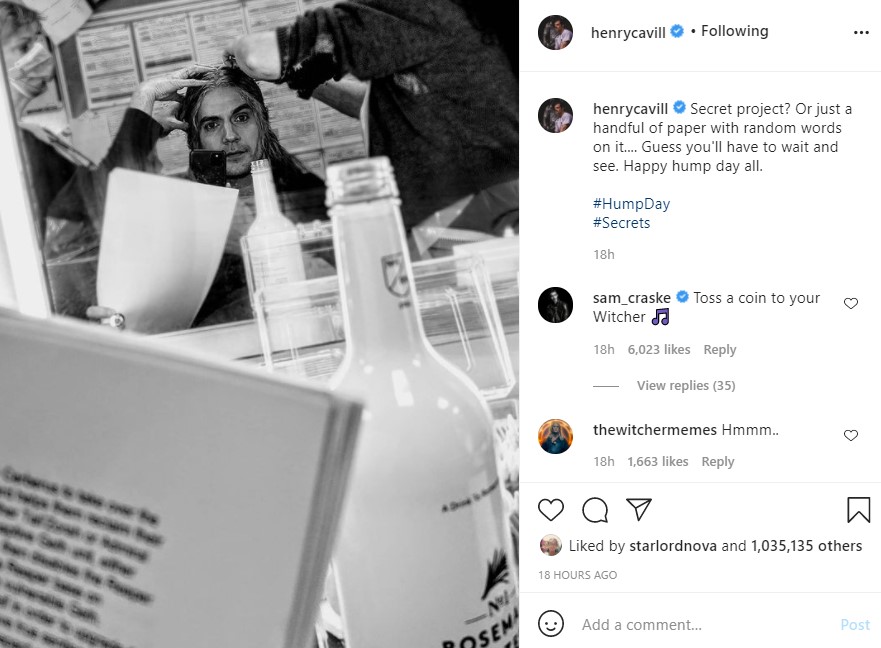 Regarding Supergirl, it was recently announced that Sasha Calle will play the new Supergirl, the “first Latina Supergirl ever in DC,” but in regards to Cavill, it was previously said the new Supergirl would reboot Superman, so quite possibly, Henry Cavill and his team, which includes Dwayne Johnson and Johnson’s former wife and business partner who manages the both of them, Dany Garcia, responded to the Supergirl announcement with a tease of Henry Cavill involved with Mass Effect, which could be a huge franchise for Cavill, even bigger than The Witcher.

And who did we see in the special that aired after the episode? Why it was Geoff Johns who reportedly is in part responsible for sabotaging Zack Snyder’s DCEU and the Henry Cavill Superman, as Johns – just like Marvel’s Kevin Feige – got his start with Richard Donner, and as we saw in Superman & Lois, the Hoechlin Superman was all about the Donner version.

So maybe the tease of Mass Effect from Henry Cavill and his team is a way of saying “we don’t need Superman,” and “we can move on and be successful with other things.”

If that is the case, I say good for Henry, he was a great Superman but never got the chance to shine.

Bring on the Reapers and good luck with Abrams and Johns’ SJW Supergirl and new Superman(men).