Square Enix has revealed that Hawkeye will be a part of the upcoming Marvel’s Avengers video game.

While promoting the release of BETA, four videos have been released including a Hawkeye teaser.

“’I guess that explains the Shock Arrows. And the bow,’” teases the Hawkeye trailer. “Launch is just the beginning for Marvel’s Avengers. Hawkeye joins the expanding world on a mission catalyzed by a cryptic clue; The key to saving our future lies in the past.”

Details for BETA includes that it launches on Playstation on Aug. 7.

Find more info below in the official announcement.

1 Year Later: As promised, we hear you & we love Clint too! Thanks for your patience & faith, True Believers! #Hawkeye #PlayAvengers https://t.co/fC591qh8dK pic.twitter.com/nTjOFykZU2 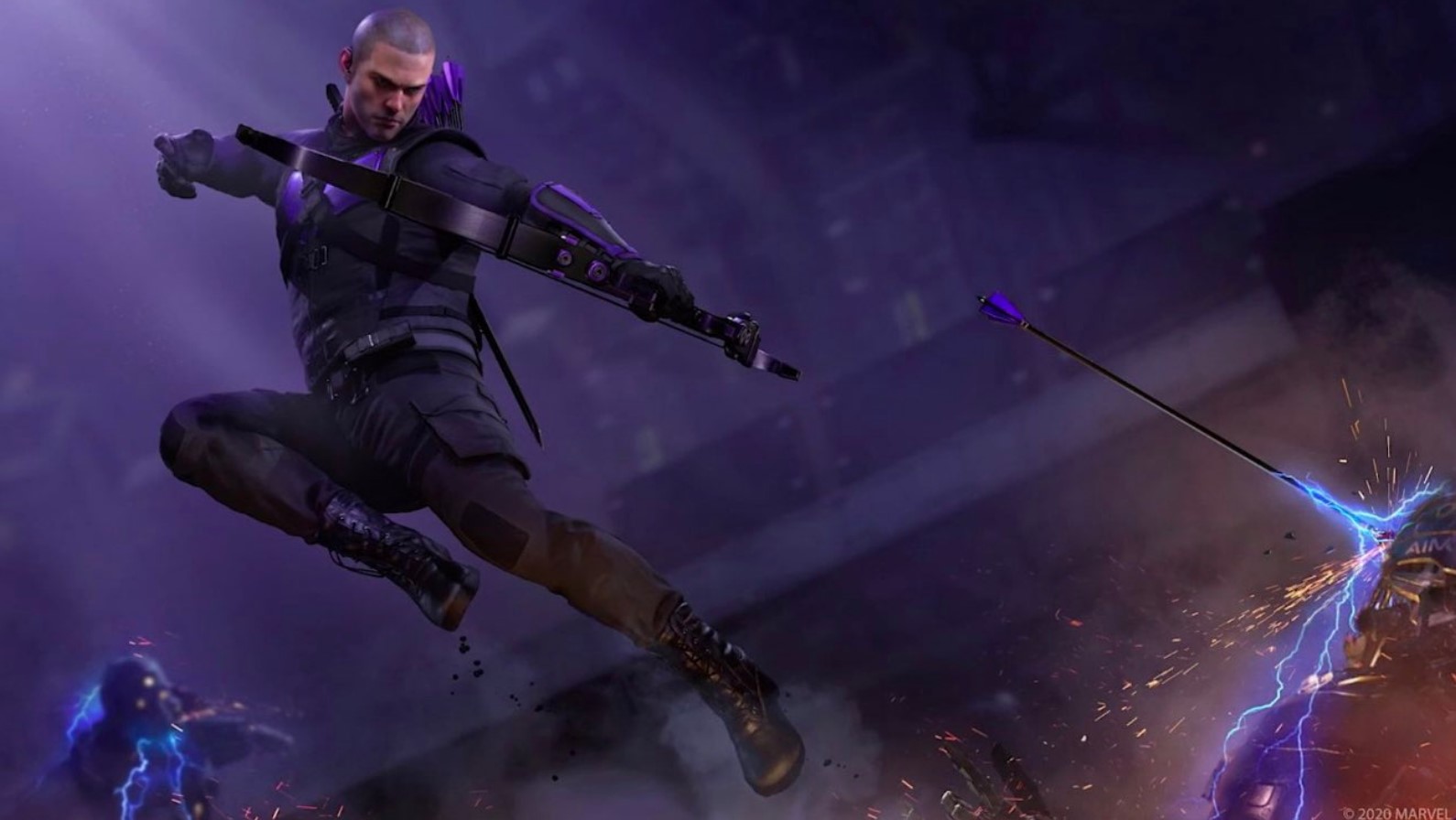 Viewers who watched the Marvel’s Avengers WAR TABLE live via the PlayAvengers.com channel were the first to get all the amazing details about the wide array of content that will be available in the beta, including several single-player missions, as well as a large selection of additional missions that can be played solo with your AI Avengers team or co-op with up to four players. In one mission, players take on the role of young Super Hero Kamala Khan and team up with Hulk as they infiltrate an AIM base in the forests of the American Pacific Northwest, hot on the trail of the last known location of JARVIS. Later they take the Quinjet to a remote War Zone in the frozen Russian tundra to uncover SHIELD secrets hidden in a deep underground bunker.

The Marvel’s Avengers beta will provide players with a comprehensive hands-on experience of the game ahead of its worldwide launch on September 4.

“We really want to give fans an in-depth look at what they can expect when they get their hands on the beta starting on August 7th,” said Scot Amos, Co-Head of Crystal Dynamics. “I couldn’t be more proud of the work the team has done getting Marvel’s Avengers ready for players, and can’t wait to see their reactions.”

During the Marvel’s Avengers WAR TABLE stream, it was also revealed that PlayStation®4 and Xbox One players who link their Square Enix Members and Epic Games accounts and complete the beta’s three HARM-room challenges will earn the Hulk Smashers Pickaxe with bonus Hulkbuster style in Epic Games’ free-to-play game, Fortnite*.

Spoiler Alert! The Marvel’s Avengers WAR TABLE gave a sneak peek at one of the first heroes that will be added to the game after launch at no additional cost: Clint Barton’s Hawkeye. In a completely original story-arc inspired by some of the best-known Hawkeye moments in the comics, players wield Hawkeye’s iconic high-tech bow and trick arrows in missions either solo or co-op online with friends. Hawkeye’s story will continue to move the entire Marvel’s Avengers narrative world forward, and all new missions are accessible with the entire roster of playable heroes. More information about this and additional post-launch content, including the new villain and other content debuting with Hawkeye’s story, will be available soon.