Concept art for the upcoming Disney Plus Hawkeye series has been released which teases a look and direction at the show featuring Kate Bishop.

The images feature depictions of Jeremy Renner as Clint Barton, aka the Avenger known as Hawkeye, who trains Kate Bishop to become the next MCU archer.

It recently became known that the plan was for Jeremy Renner to star in his own Hawkeye movie, but Marvel Studios president Kevin Feige instead wanted to turn it into a Disney Plus series, which Renner was okay with.

“He totally got it and said, ‘Let’s do it,’ ” Feige recently recalled.

The Disney Plus series will actually be longer than any MCU movie, so that is an added benefit. Fans also shouldn’t worry about the MCU Disney Plus series being of low budget because it has been reported Disney is spending a lot of money on the episodes, reportedly even north of HBO spending $25 million an episode on Game of Thrones.

Regarding who is playing the role of Kate Bishop, it has been reported Bumblebee‘s Hailee Steinfeld is up for the role, however, the 22-year-old actress has cast doubt on playing the part for some reason. On two recent occasions when asked if she was going to star as Kate Bishop she either said she didn’t know anything about it or said “that’s not something that’s necessarily happening.” It’s possible she is still in talks for the role or simply that Marvel is waiting to announce the news at a different time.

The Hawkeye series looks to debut on Disney Plus in the Fall of 2021.

Footage for the What If? animated series has also been released in addition to The Falcon and the Winter Soldier concept art and an image of Baron Zemo in the purple mask. 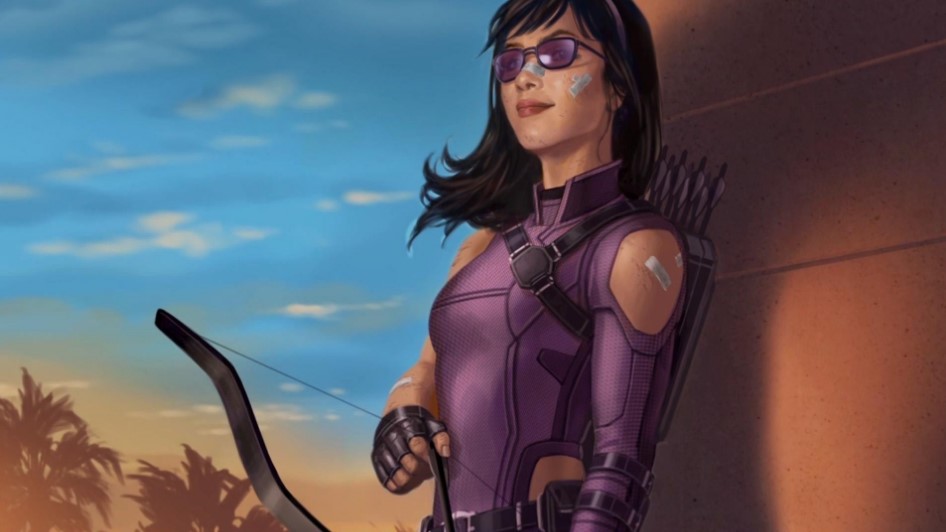