A Review Of Guardians of the Galaxy #9

This trippy multi-verse story begins the much-needed rehabilitation of the Star-Lord character from the hack-jobs perpetrated against the character at the hands of Gunn and Bendis.

This issue might better have been billed as Star-Lord’s redemption or rehabilitation story as Ewing takes Quill on a 144-year hero’s journey in a strange universe where time passes differently than in the 616 Universe. Over the course of the story, we see Quill mature (or should I say re-mature) into a character much closer to DnA’s portrayal. I found that to be a welcome change in the right direction, but more is needed and let’s please lose the blonde hair. He re-enters the 616 Universe a more physically mature character and hopefully, a more mentally mature character as well. We’ll see in upcoming issues.

The changes to the Element Gun are finally explained. I was disappointed that there was no return of Ship and the associated Star-Lord powers. I’m guessing Ewing pushed Quill’s rehabilitation as far as the editors would allow since the comic books are firmly in thrall to the MCU and a 3rd Guardians of the Galaxy movie is in the offing.

Cabal was the perfect choice for rendering the art for this issue. His art was thoroughly impressive and marks the best art for the series to date. Blee continues to deliver coloring which perfectly complements Cabal’s art. Albuquerque’s cover art was an enticing homage to the Master of the Sun origin story and is my favorite cover for this series to date.

This issue gives us a smart, imaginative, fast-paced, engaging, exciting, and visually stunning story that succeeds in making the Star-Lord character both interesting and relevant once again. It is hands down the best issue of this series to date. I hope the momentum from this issue carries on into succeeding issues and the much-needed rehabilitation of the Guardians of the Galaxy characters continues.

Guardians of the Galaxy #9 preview: 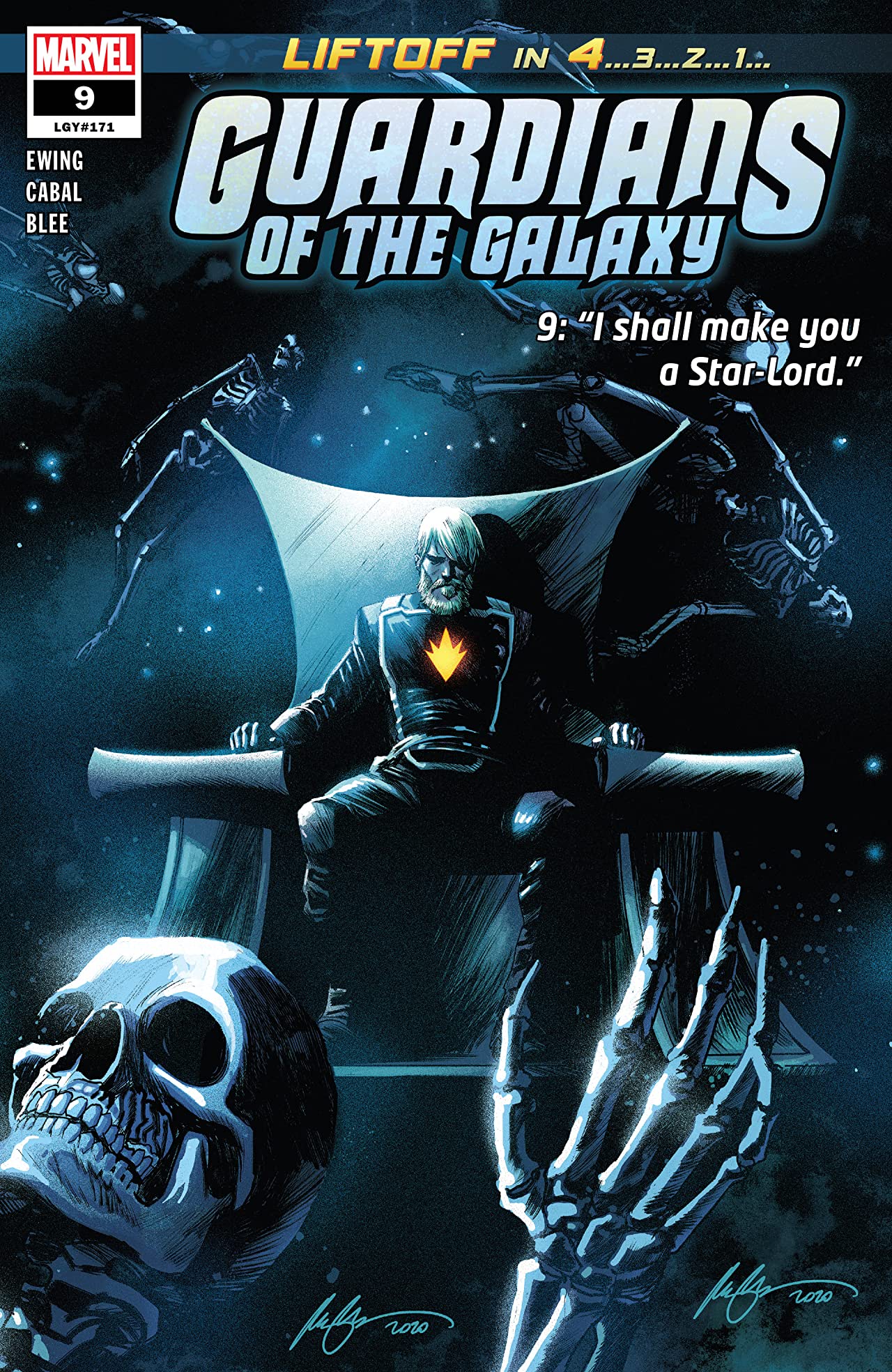 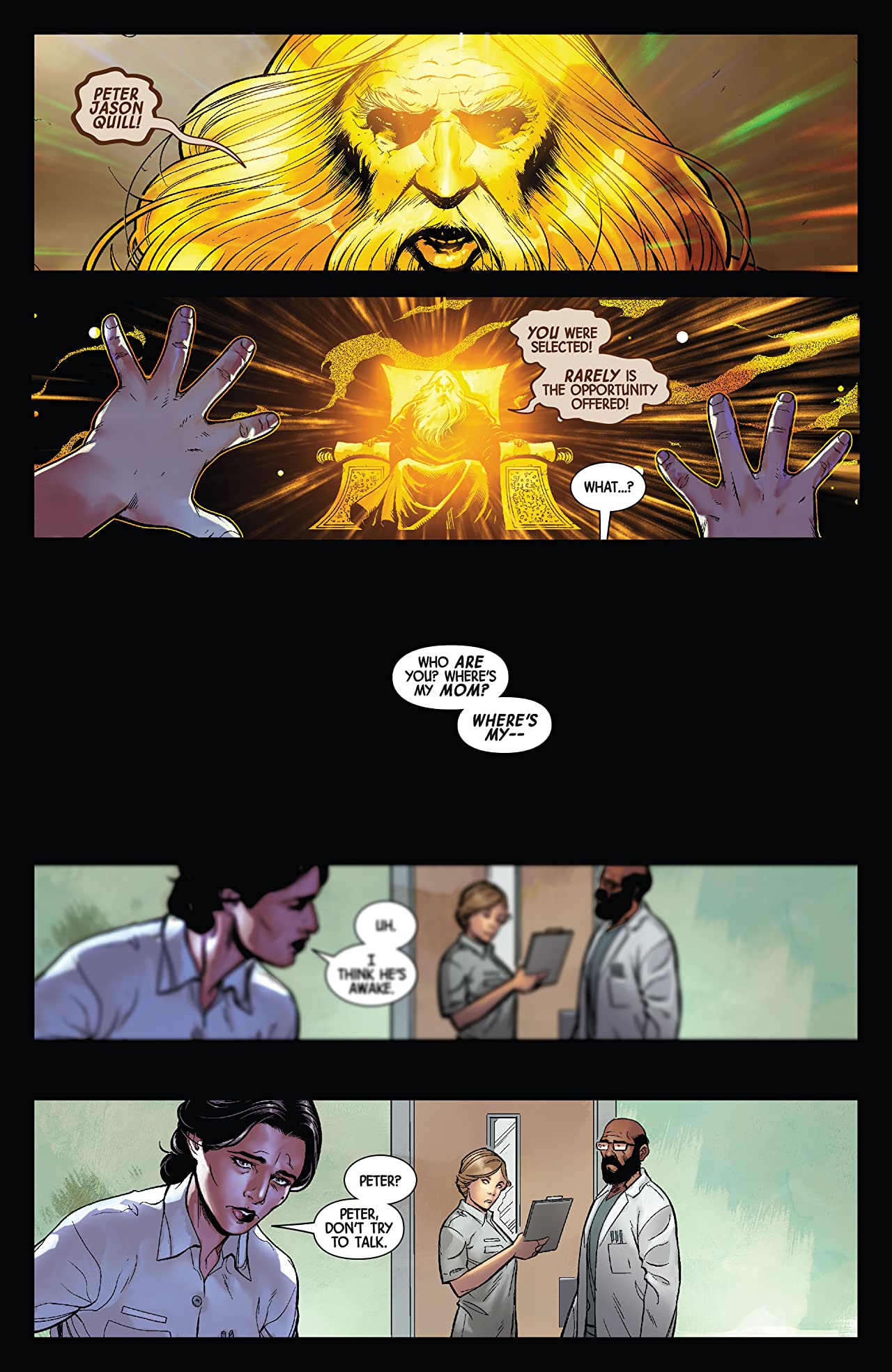 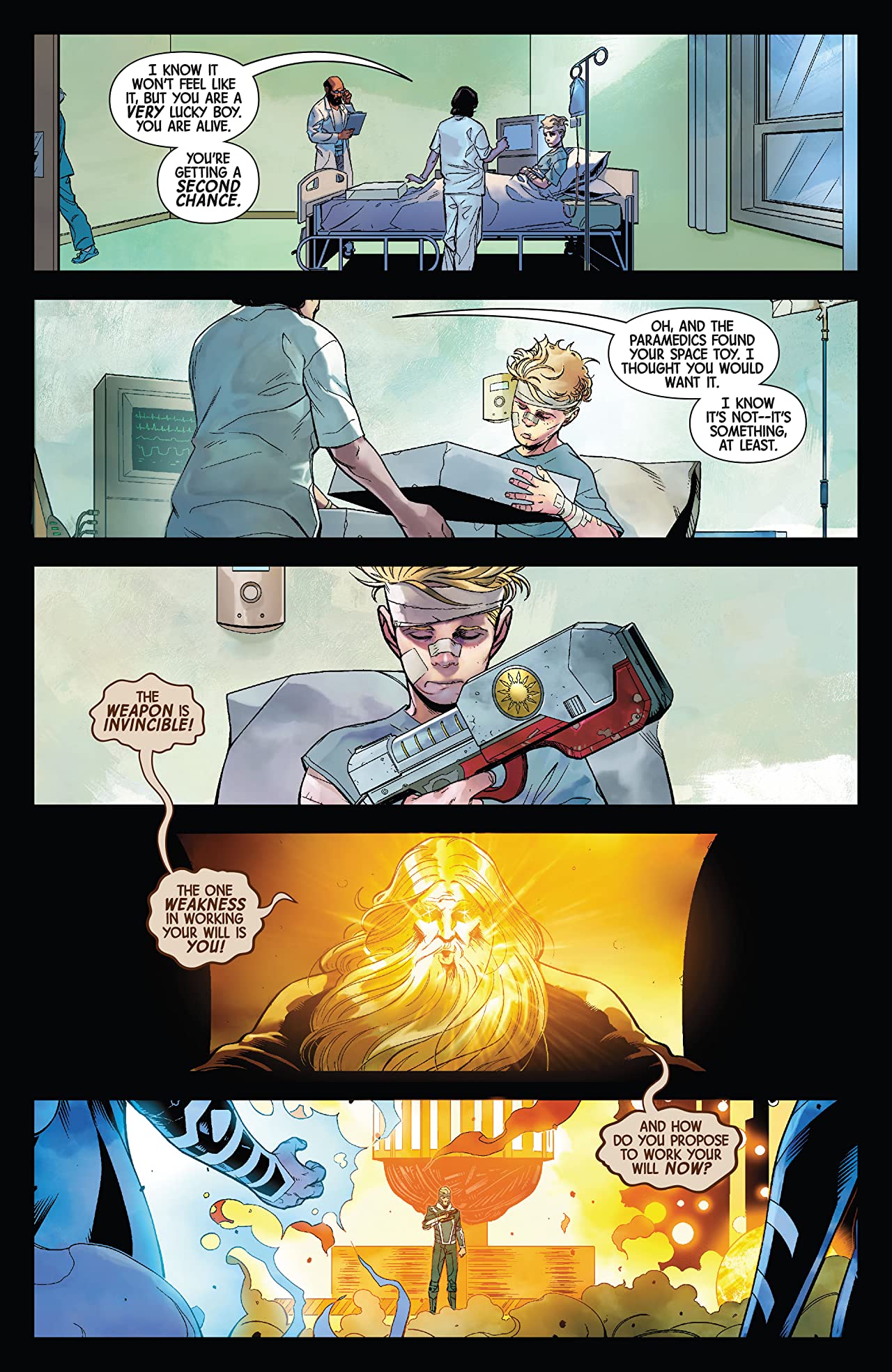 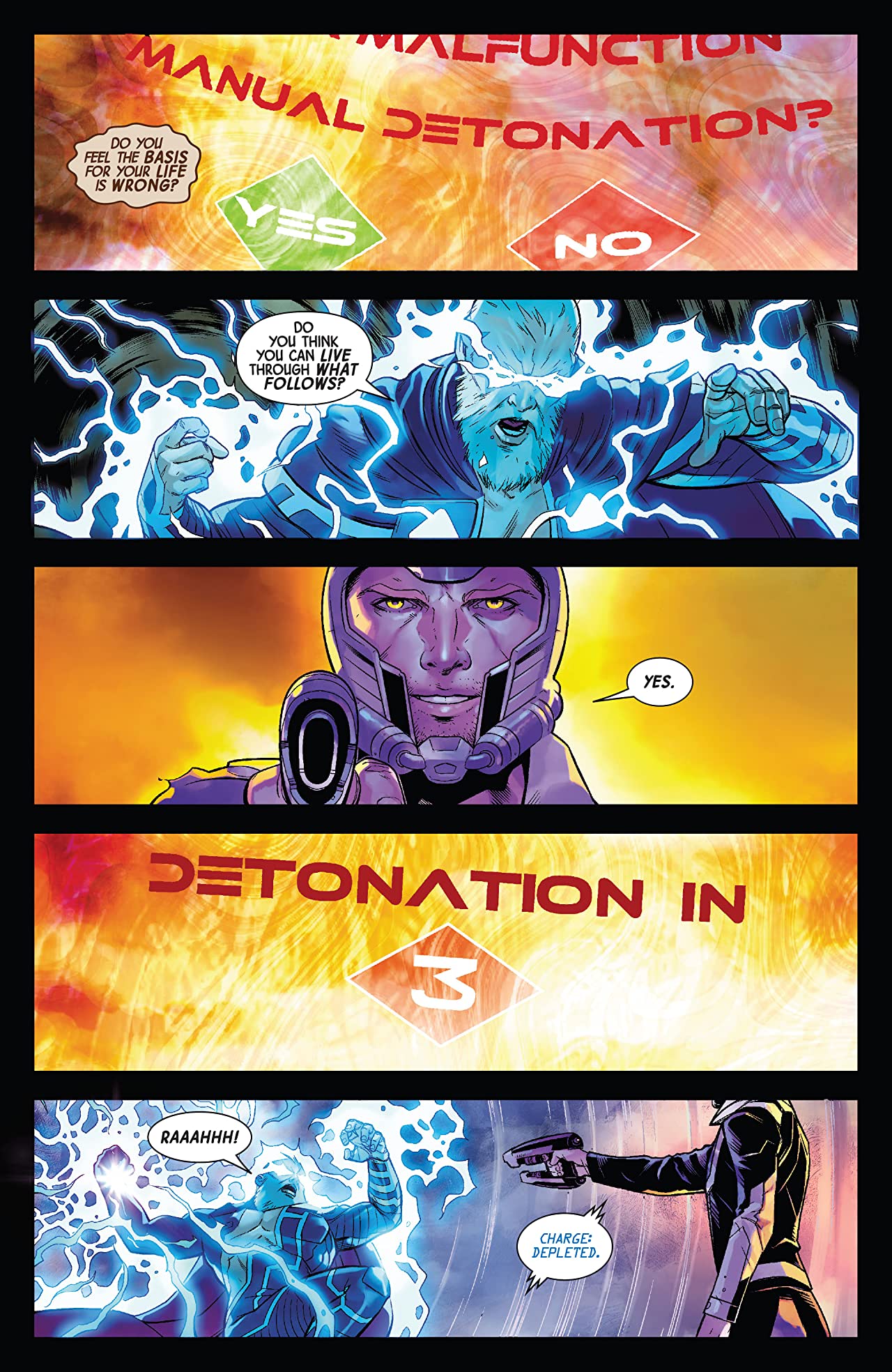