A Review Of Guardians of the Galaxy #5

I have to hand it to Ewing for being willing to rise to a challenge. It was never going to be easy to work with a character with as long and complicated a history as the 616 Universe Moondragon and rehabilitate her. To me, the character was never particularly likable or interesting but was tolerable as a supporting character as she has mostly been used in the past. I remember decades ago when she killed Drax. I held a grudge against her for that for a long time but started to tolerate her more with the deft handling given to her during the DnA years. I must say, without giving too much away, that in this issue Ewing has found a way to satisfyingly rehabilitate the 616 Universe Moondragon character. Kudos to Mr. Ewing. Now take on Phyla-Vel, Mr. Ewing. I thought her most interesting iteration was her Martyr iteration. This Hero-Universe version has been pretty dull so far.

Kudos also to Mr. Ewing for his rehabilitation of Hercules. I enjoyed how he illustrated Hercules’ evolution by contrasting him with the annoyingly buffoonish Prince of Power character, a character who parodies the worst of what has been done to Hercules by writers in the past.

This transitional story arc is, thankfully, wrapped in this issue – but how the team shakes out afterward will apparently start the next major story arc next month. Will we continue with two teams or consolidate into a single team? I think we all have a pretty good idea of the answer to that question, but it will be interesting to see who stays and who goes. Personally, I’d like to see Blackjack O’Hare and Hercules stick around – and say goodbye to Prince of Power and Marvel Boy.

Blee’s colors were perfect and Cabal’s art gets better with each issue. The only criticism I have of the art and coloring is with the Moondragon face-off. I found it somewhat confusing to follow. Shavrin’s cover art was impressive – perfectly capturing the major plotline for this issue.

Next issue, Ewing will be exploring the Nova character in some detail. I hope he takes the opportunity to rehabilitate the extensive damage done to Cosmic in general and the Nova character and mythos in particular by the likes of Bendis, Loeb, Duggan, Loveness, and Perez – rather than follow their disastrous course. It is time for Cosmic to soar once again. Let’s see the Worldmind re-booted, Xandar restored, and a true powered-up Xandarian-led Nova Corps re-constituted. I know – it probably won’t happen given Marvel’s determination to keep the character stuck with the tropes that didn’t work in the past rather than push the limits of the elements that did work and that the fans loved – but I can dream.

Guardians of the Galaxy #5 preview: 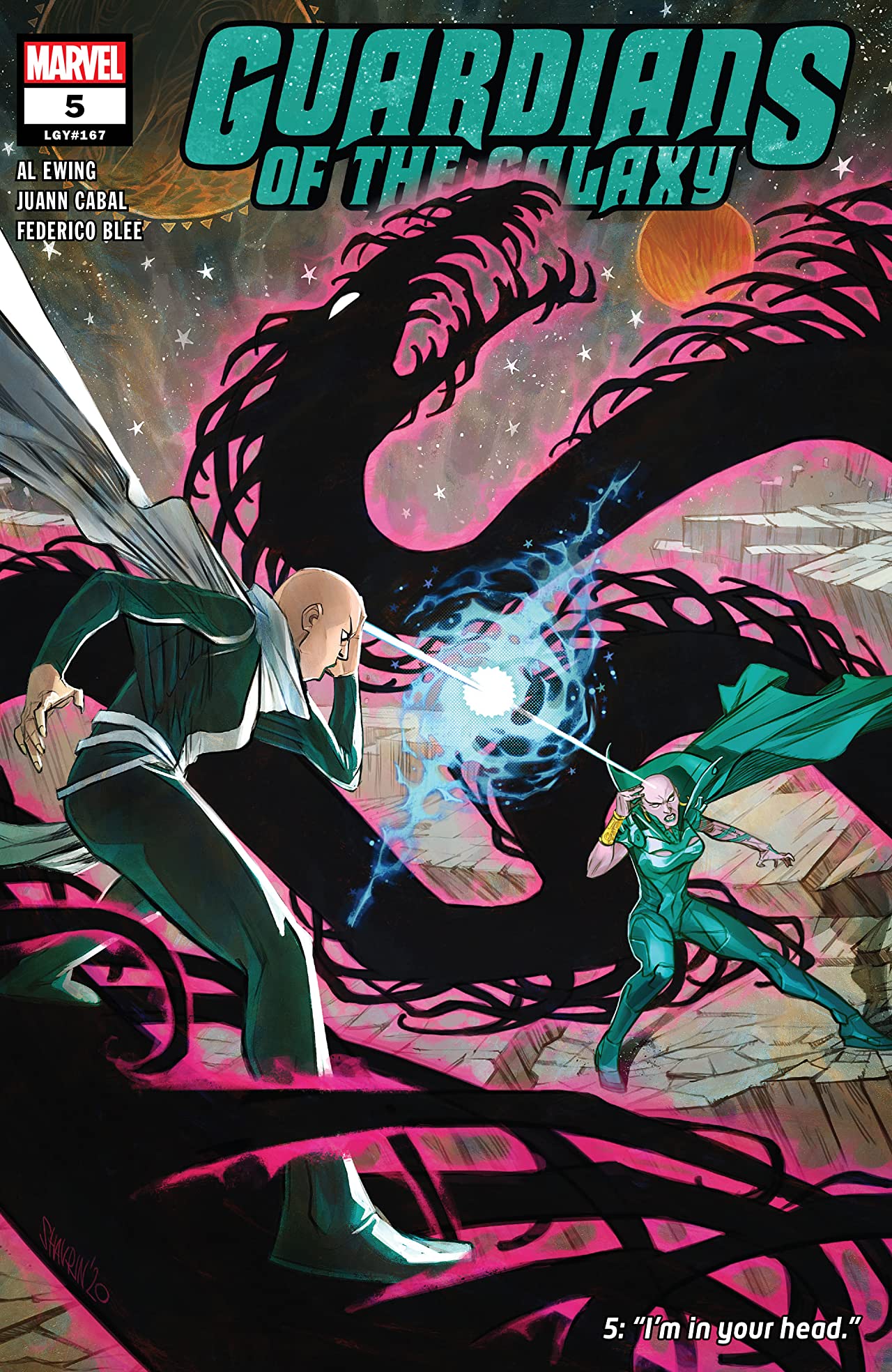 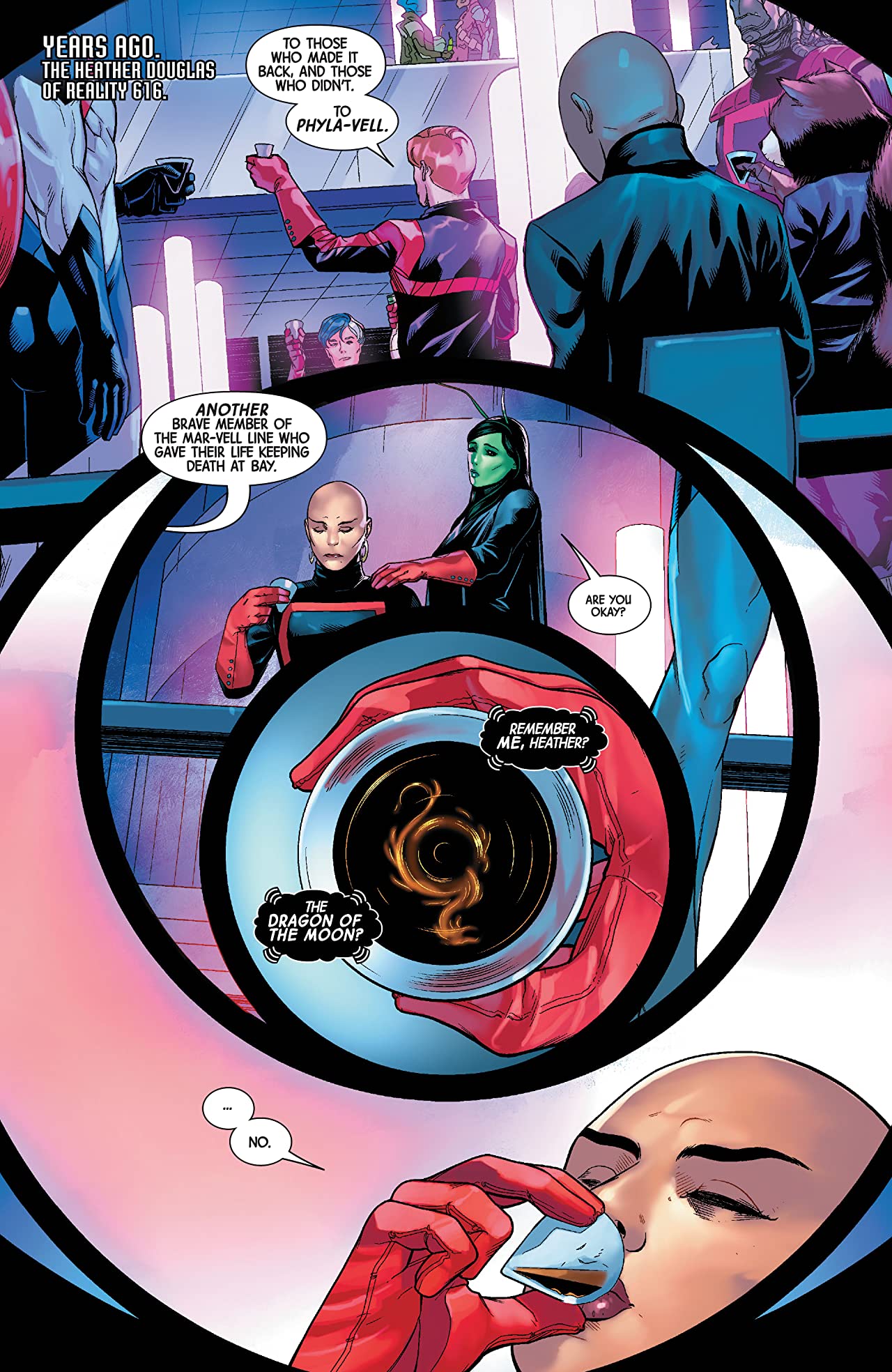 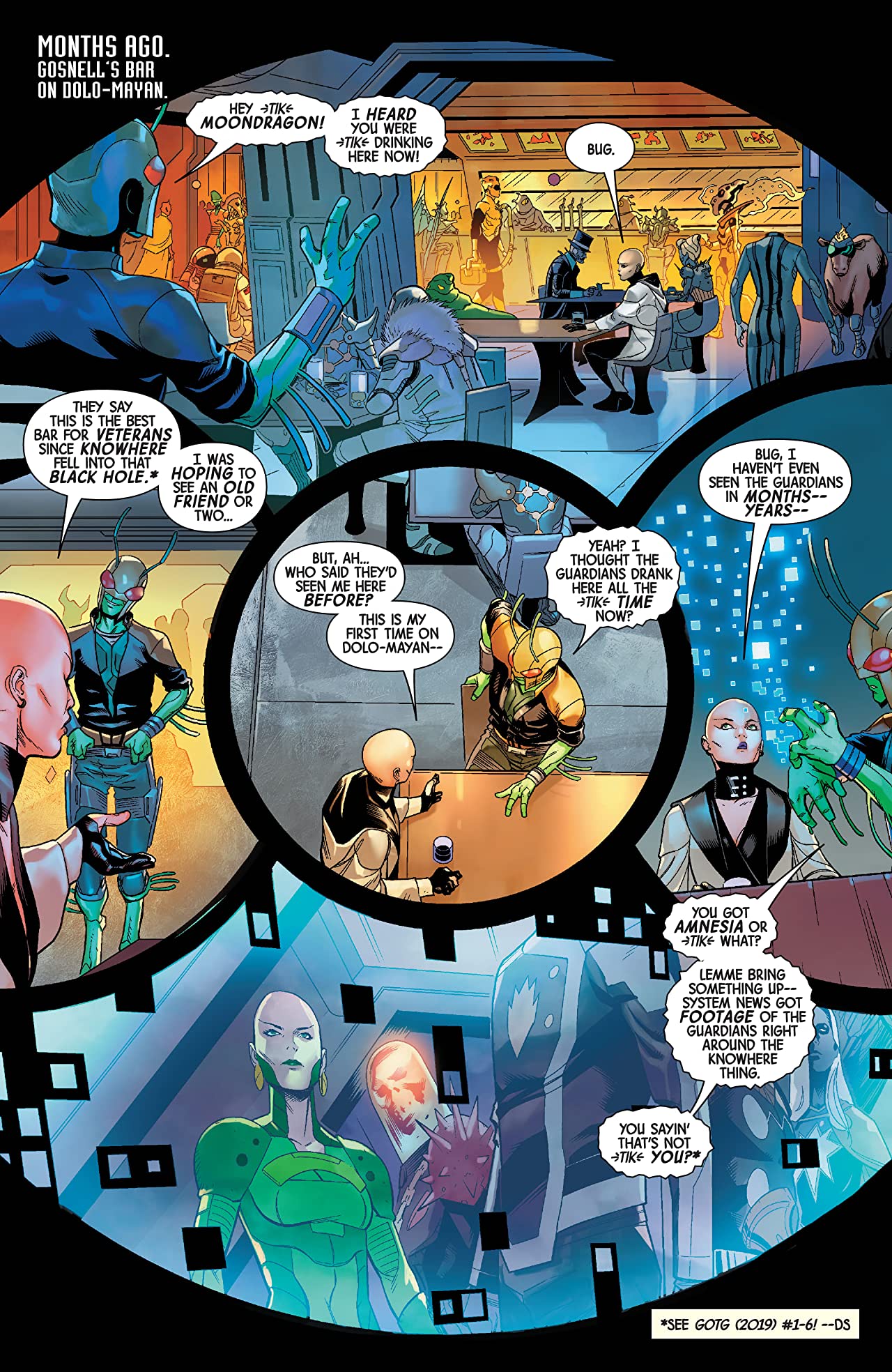 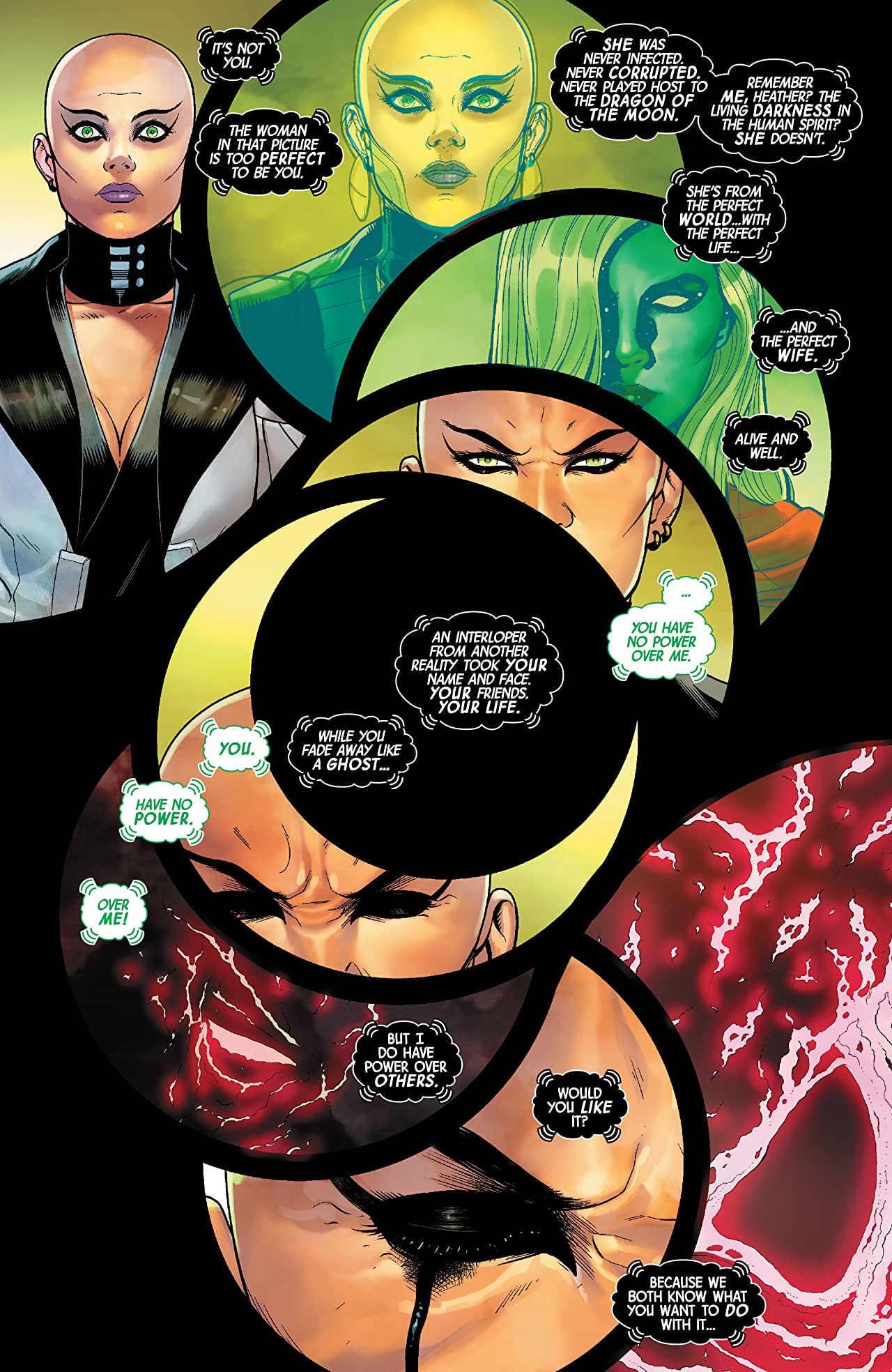