A Review Of Guardians of the Galaxy #4

I was happy to see that one of the first releases from Marvel after the COVID shut-down was going to be Guardians of the Galaxy #4, and I’m pleased to report that, for the most part, it was worth the wait.

I admit that I believe DnA’s iteration of the Guardians of the Galaxy concept was the high bar – and every iteration since has fallen short of that bar to a greater or lesser extent.  Truthfully, after last issue, I had some concerns about Ewing’s characterization choices and I feared he was going to make choices that would alienate (pun intended) Cosmic fans in a similar manner to many of his predecessors (e.g., Bendis, Duggan, Gunn, etc.).  This issue partially allayed my fears.

I say my fears are partially allayed because I feel like Gamora’s characterization is still off base.  I’m just not buying that she would turn on Rocket and her former teammates such as is portrayed in this issue and in issue #3.  I’m also starting to get concerned that Ewing doesn’t completely appreciate Nova’s power and personality development through the DnA years and is over-focusing on very old concepts that never worked out all that well for the character such as keeping him a “Lone Ranger” and portraying him as too impulsive, too depressed, too easily taken down, or too inhibited by PTSD symptoms.

On the other hand, I’m encouraged by his handling of other characters. Especially impressive is his attention to Drax, a character too long neglected and too dogged by the imbecilic/comic relief portrayal of the character in Gunn’s goofball MCU adaptation. Ewing seems to understand the character better than anyone since Giffen and DnA, and it has been gratifying to see Drax in his traditional costume with his original powers and personality struggling to reconcile his former life as Arthur Douglas with his current life as Drax the Destroyer. Likewise, Ewing’s handling of Groot has brought some much-needed character development – taking him from a one-phrase spouting powerhouse for the team to a much more complex and nuanced character with some true leadership ability. Rocket’s characterization has steadily improved over the course of Ewing’s series and placing him in conflict with an anthropomorphized rabbit and an anthropomorphized beaver this issue was a stroke of genius. Another stroke of genius was pitting the 616 Universe Moondragon against the Hero Universe Moondragon. For the first time in a long time, I’m actually interested in what happens to the Moondragon character. Hercules is making a strong and steady comeback under Ewing and it is gratifying to see him taking the character seriously and not just using him as comic relief.

Phyla needs some development time. I feel like she has the potential to become a much more interesting character. Two characters that are still not working for me are Marvel Boy and Prince of Power.  I can’t keep up with Marvel Boy’s bizarre powers as new ones seem to be developed as needed for each story – and he’s just not a likable character in terms of personality.  Either he needs more development or he needs to return to the dustbin of failed Cosmic characters.  I have a low tolerance for buffoonish characters, so Prince of Power is particularly annoying. I’d be glad to see him go into the same dustbin as Marvel Boy.

Still no hint of Star-Lord’s return. I’m guessing that will happen at the end of this arc as the means of reconciling the two rival Guardians of the Galaxy teams introduced this issue. I’m holding out hope that Ewing will use Star-Lord’s return as a means to restore the original elements of the character that made Star-Lord great from the very start – his original powers arising from the sentient Ship. Or we might be treated to an interim “Starlord” in the form of Singin Quarrel appearing along with Ship to lead one team with Peter Quill “Star-Lord” appearing later to lead the other team. Forgive me for dreaming of resolution for long-neglected unresolved story threads.

Shavrin’s cover art was well done, though I much preferred Cabal’s interior art in terms of renditions of the characters. As always, Blee’s colors were perfect.

Ewing has some characterization issues to address, but overall, his work is head-and-shoulders above anything that was produced during the deplorable era of Bendis who tried to mimic the cinematic versions of our beloved GotG team.  Ewing’s iteration of GotG, like Cates before him, approaches the quality of the much loved and critically acclaimed DnA iteration and deserves the attention, support, and critical feedback of true Cosmic fans.  Buy this book. Tell your friends to buy this book. Talk it up online. Marvel is earning our Guardians of the Galaxy money again by allowing writers like Ewing and Cates to make GotG great again.

Guardians of the Galaxy #4 preview: 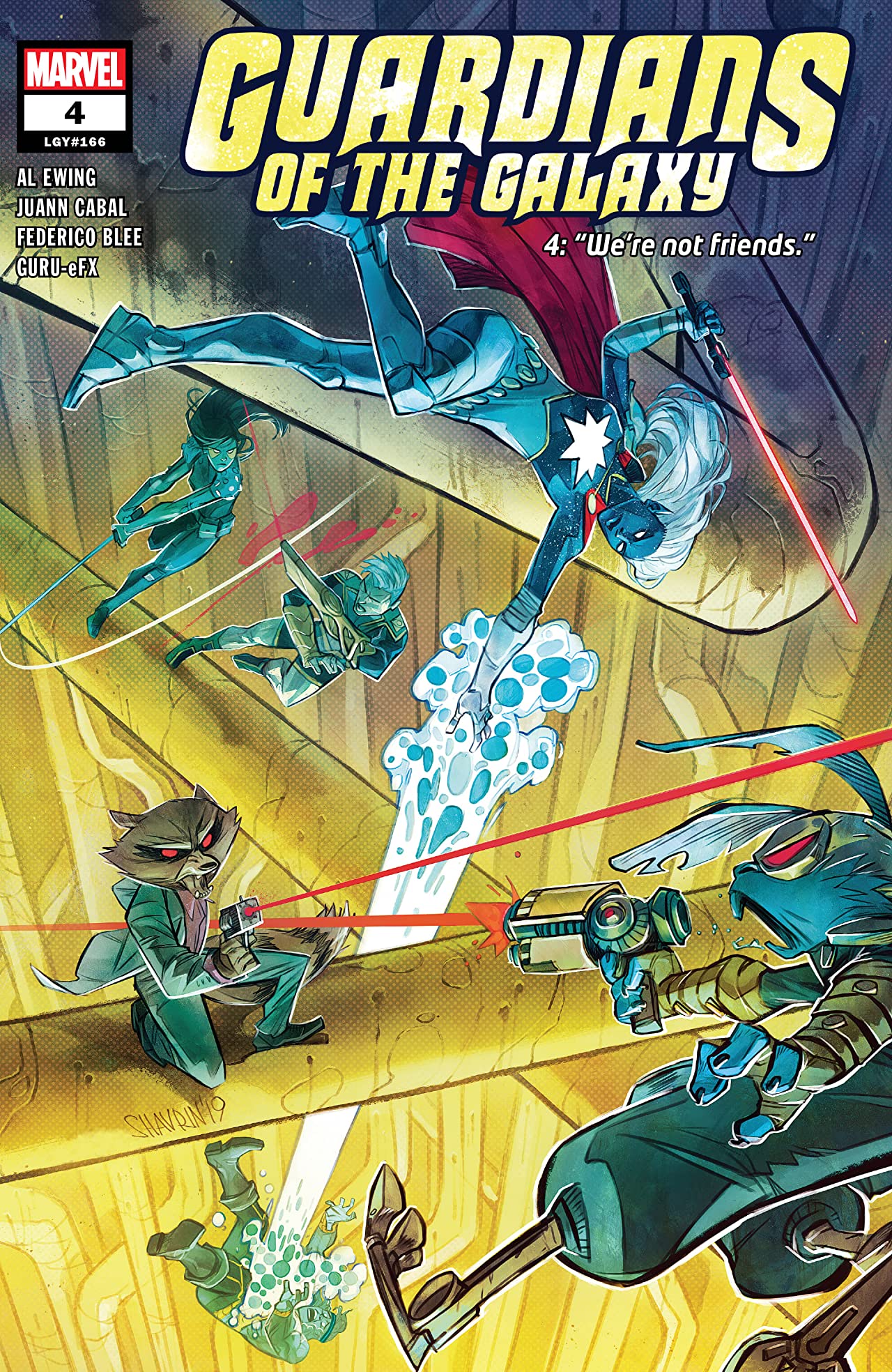 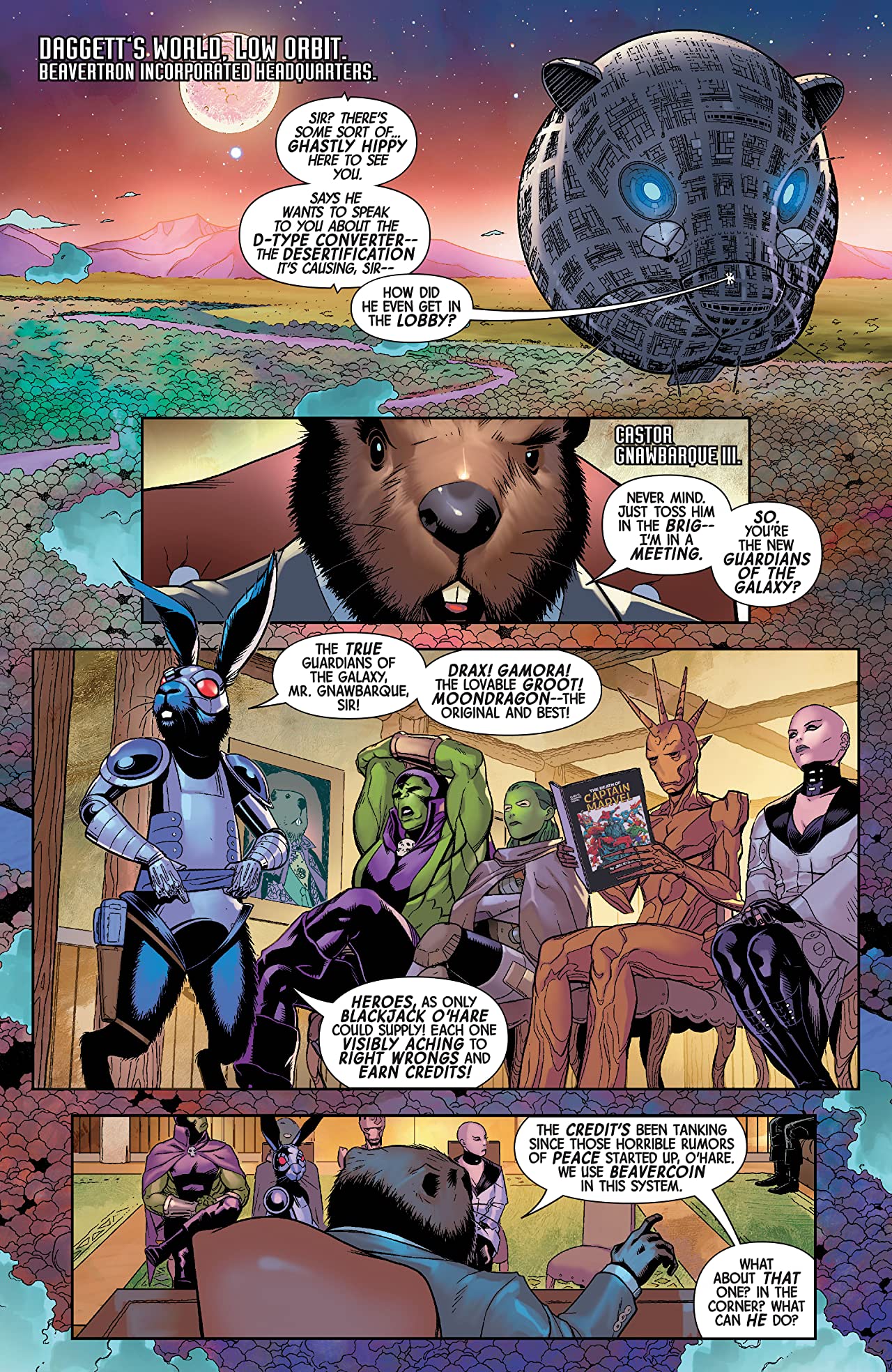 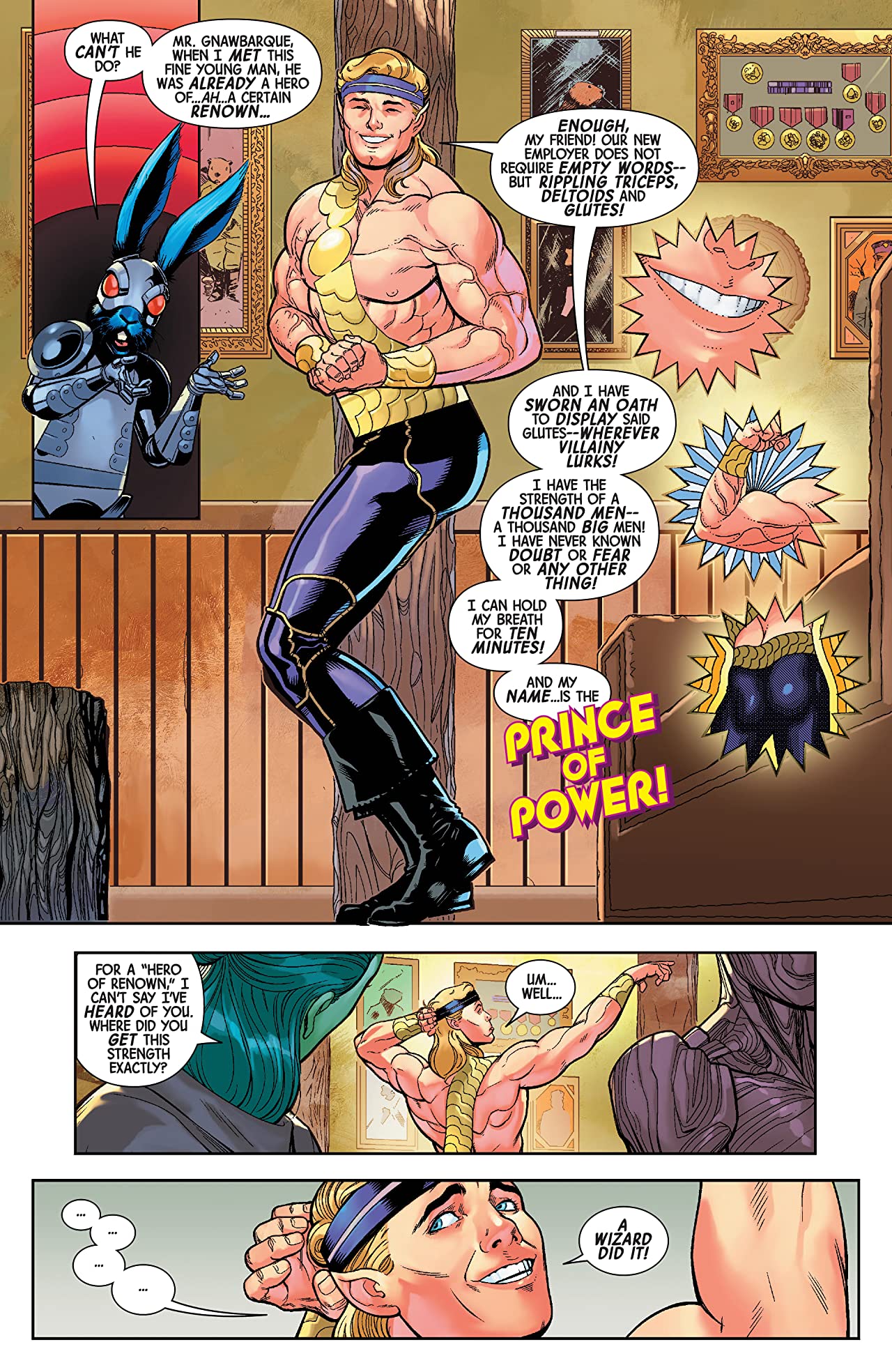 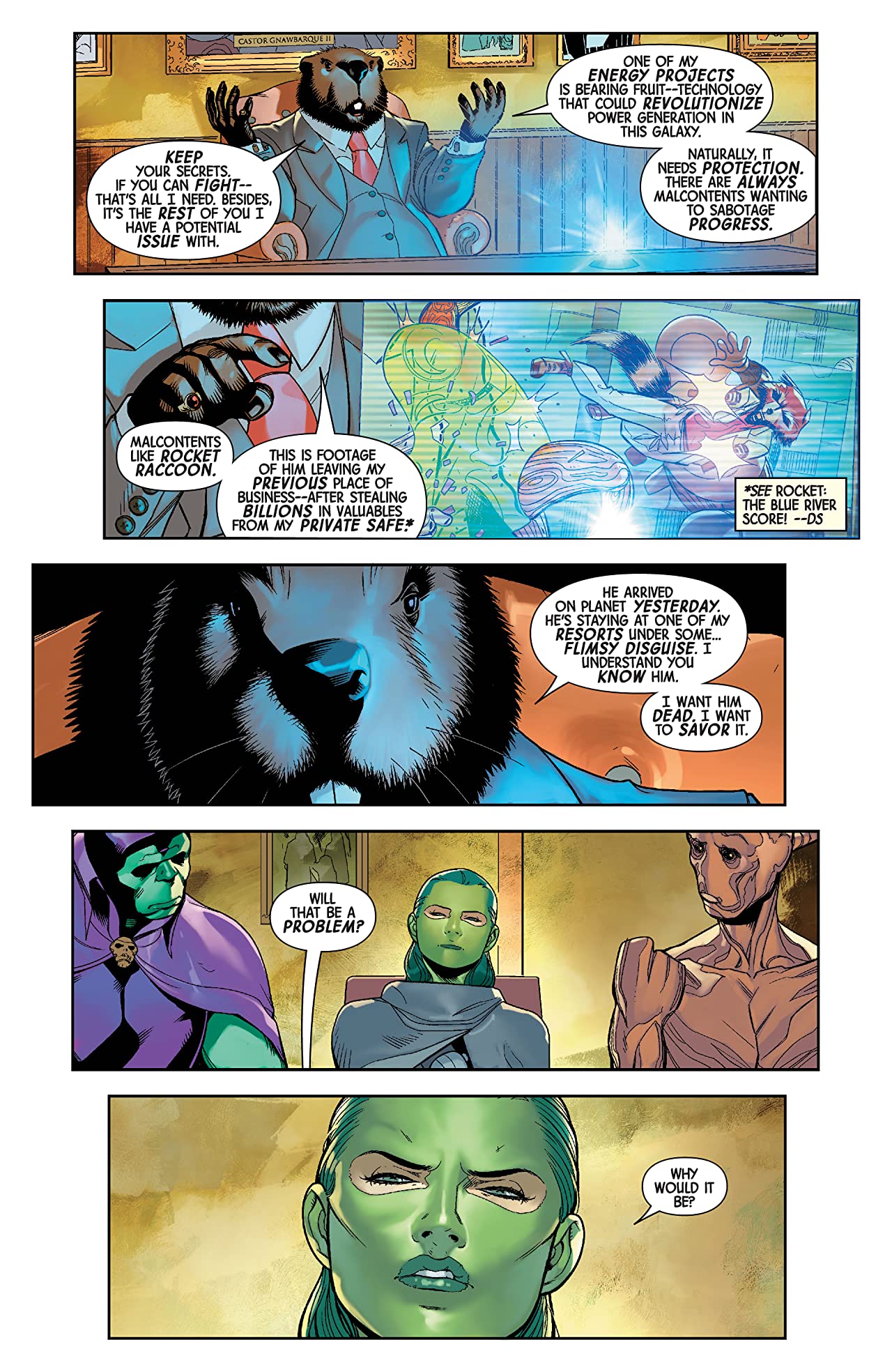