My favorite part of this issue was a response on the letters page from the creative team of this book to a fan wherein the creative team acknowledges that the DnA era for Nova and Guardians of the Galaxy was “super-important” for “us cosmic fans and something we wanted to harken back to in terms of tone.” Wow! Finally, Marvel has stopped running away from the successful and critically acclaimed DnA era for Nova and GotG and is embracing the DnA era that nurtured the concepts that made for the most successful and long-lasting Nova series to date and provided the quality source material leading to a successful Guardians of the Galaxy movie franchise. And it only took Marvel a little less than 10 years to stop listening to the bad advice about cosmic from the likes of Bendis, Loeb, Alonso, and Brevoort – and to realize what the rest of us knew from the start: 1. Comic books should provide the source material for the movies, not vice-versa; 2. Comic books sell to a vastly different and more discerning audience than the audience of average movie ticket buyers; and 3. Movie ticket sales do not typically increase sales of comic books – and changing the comic book portrayals of the characters to resemble the movie portrayals will not cause movie ticket buyers to begin buying comic books – but will alienate comic book fans and cause at least a portion of them to stop buying comic books.

Cates’ storytelling tone does indeed harken back to the DnA era. He treats the cosmic characters seriously and with respect. Each issue he walks Star-Lord another step back from the Gunn/Bendis/Duggan-esque inept buffoon and accidental hero to the flawed leader of men as portrayed by DnA. Nice. That’s what I’ve been waiting nearly a decade to see. It is what motivated me to start buying Guardians of the Galaxy again.

I also like what Cates is doing with Groot. The “I am Groot” joke has had its day and I’m glad to see it gone. This new bad-ass Groot with punk-rock style and attitude is a refreshing change for the better as is the elimination of the Rocket and Groot as comedy relief trope. It’s great to see Groot played straight, articulate, and on his own flexing his leadership muscles. Now let’s see Rocket back as the brilliant smart-ass tactician.

I am always happy to see Beta Ray Bill flexing cosmic muscle, but was disappointed to see him go down so quickly in a brawl with such a one-dimensional pseudo-villain like Gladiator. Moondragon should’ve been able to cancel out Gladiator’s psionic defenses and Bill should’ve taken Gladiator down like the punk b-tch he is. I’m always disappointed when writers do the Superman treatment with Gladiator. That character doesn’t deserve Superman treatment.

I know that there are ardent fans of Cosmic Ghost Rider. I’m not one of them. It seems to me to be just a gimmicky way to shoe-horn The Punisher into Cosmic. I’m disappointed that the character will be part of the GotG team as it harkens back to the Bendis era when we were getting Earth heroes shoe-horned into every issue. Send Cosmic Ghost Rider back to the alternate universe from whence he came. He’s just not necessary for the Guardians of the Galaxy team.

The art and coloring for this issue were very pleasing. Shaw and Curiel seem to have a good feel for Cosmic and I hope to see more of their work within future issues of Cosmic books. Marquez and White deliver eye-catching cover art portraying the new team line-up – and it’s a cover that I’ll be proud to have in my Guardians of the Galaxy cover collection.

In short, I’m happy to say that Cates is well on the way to making Guardians of the Galaxy great again. 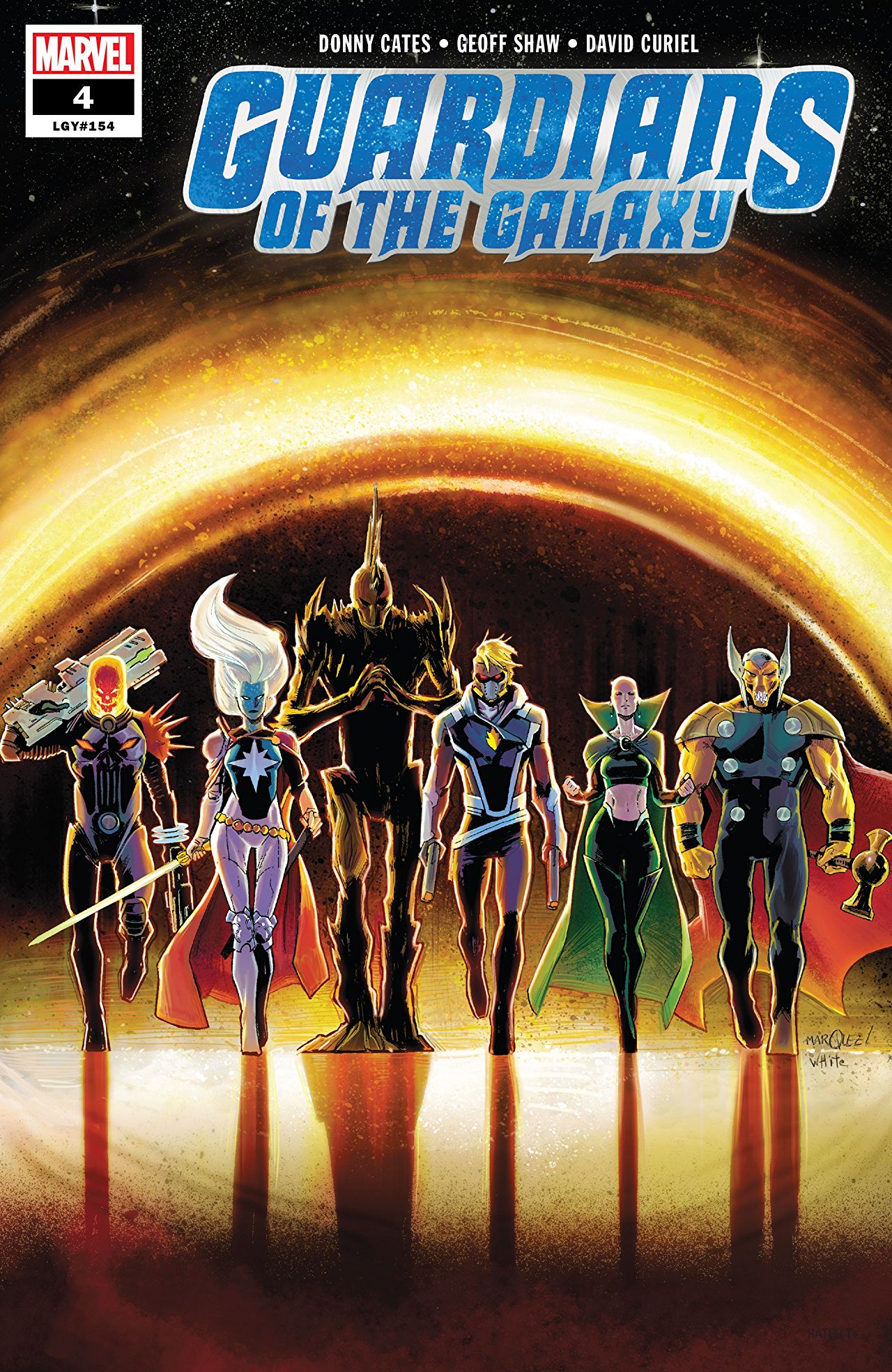 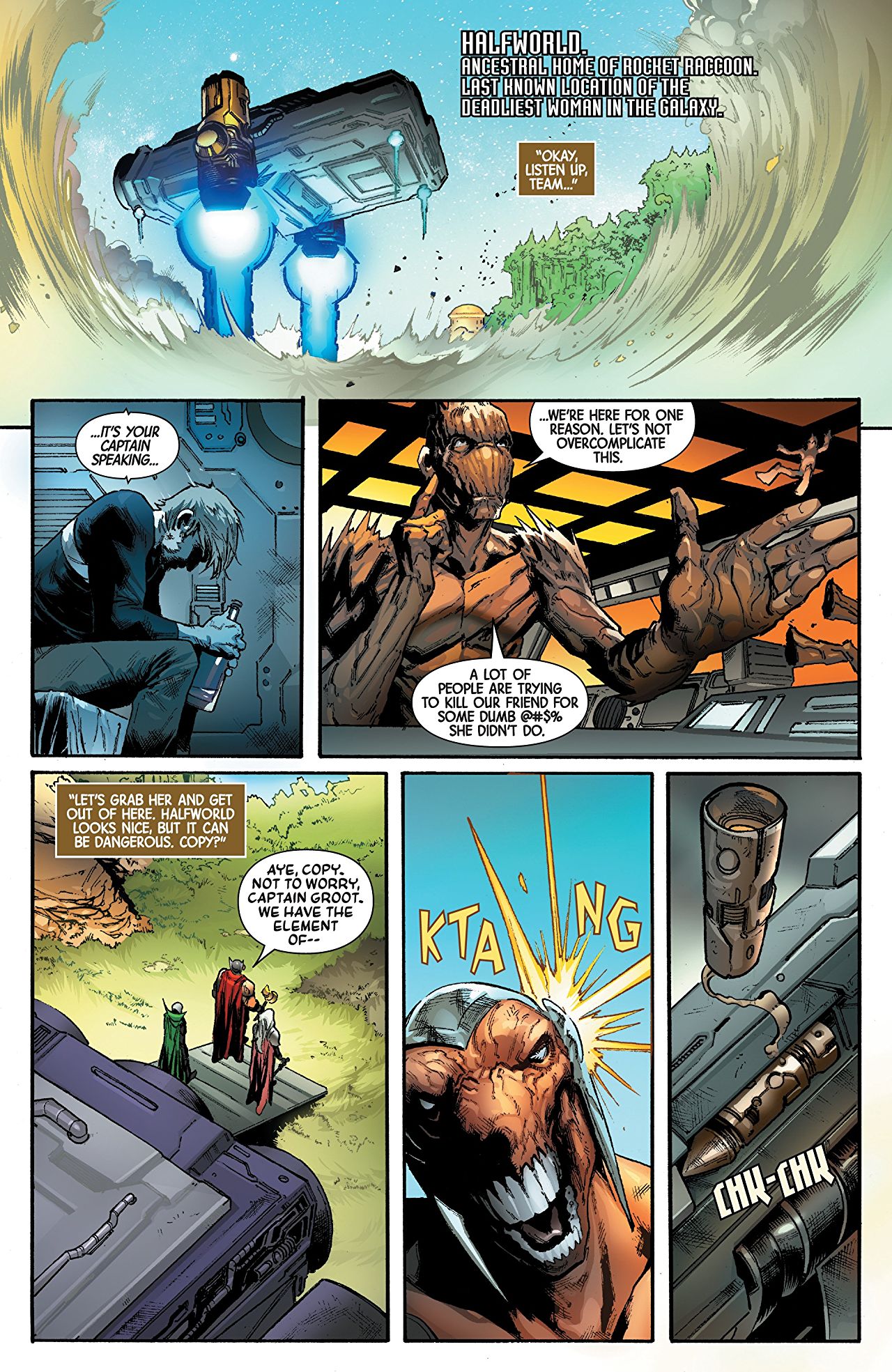 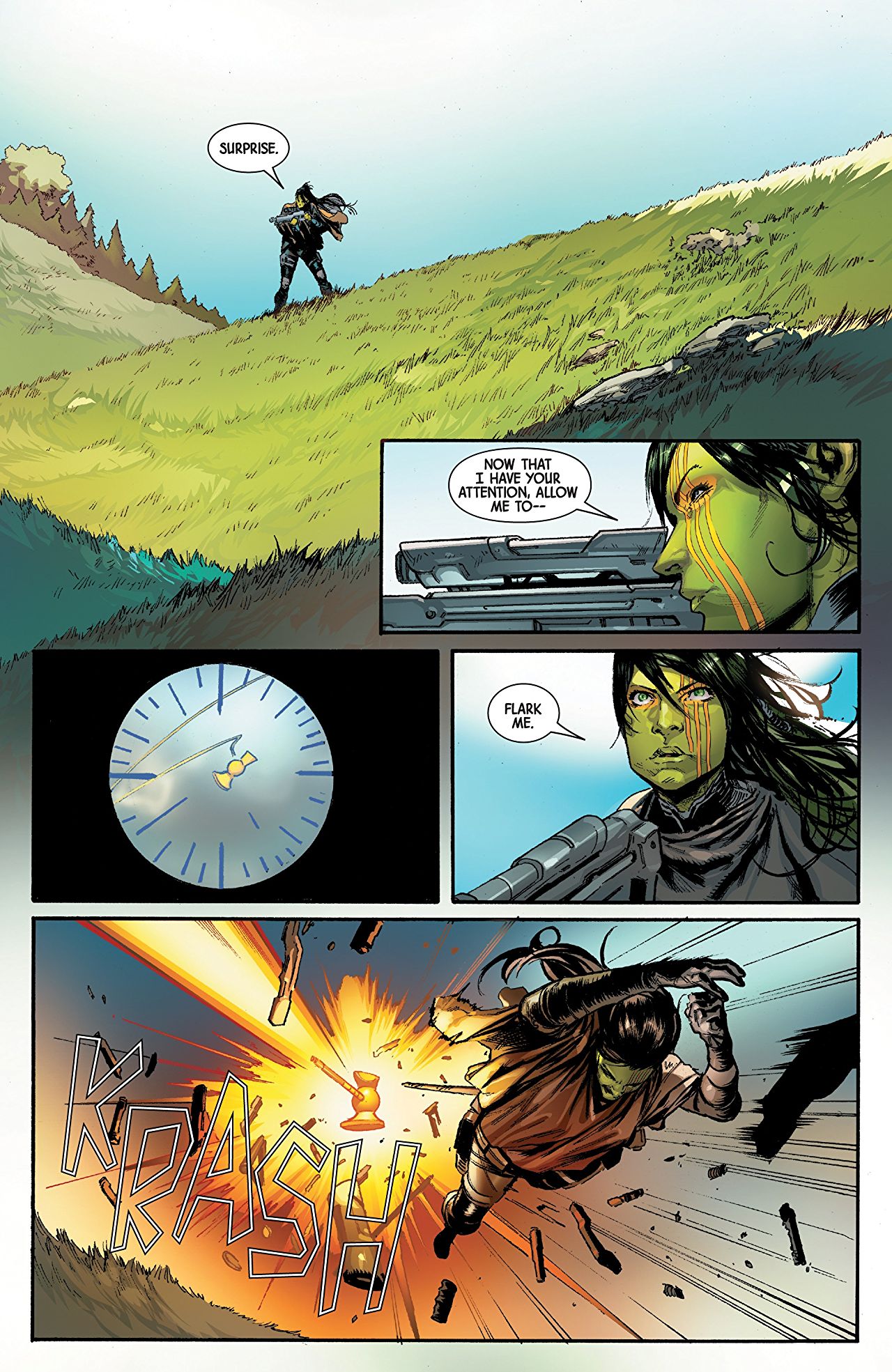 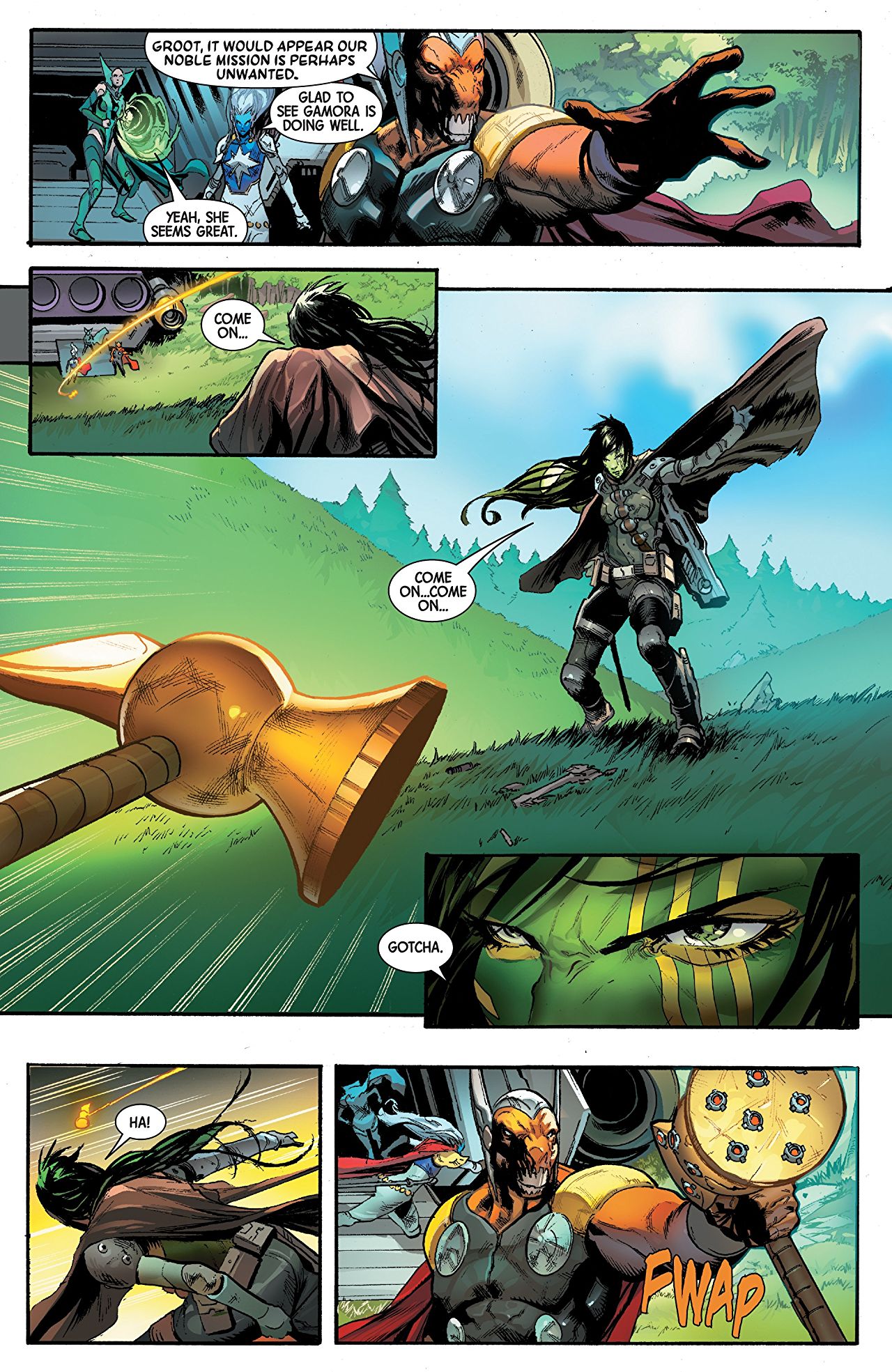