A Review of Guardians of the Galaxy #18

And another one bites the dust. This issue marks the end of both the latest Annihilation war and this iteration of Guardians of the Galaxy. Yes, the series has been abruptly canceled with no real explanation from Marvel as to why. Sales were decent, so that can’t be the reason. My guess is that Ewing did too good a job of moving the franchise away from goofiness. With a new James Gunn goofy Guardians of the Galaxy movie on the horizon, the editors decided that this series just had to end and be replaced with a new iteration, returning the characters to a goofball state in support of the movie. Mark my words: about the time the movie is released, we’ll see a new Guardians of the Galaxy comic brimming with goofiness. Sad.

Turning to this issue, Ewing delivers an action-packed story with each of the main characters getting a chance to shine. Nova’s voice and characterization haven’t been done this properly for a very long time now. It was very satisfying to have the real Rich Rider back for a few moments. Ewing has successfully rehabilitated Nova from the hack jobs perpetrated against the character since DnA’s departure. Star-Lord’s reverse evolution into a mature leader of men has been exactly what the character has needed but not been granted for the past 8 years now. It has been very gratifying to see him leave the goofy, immature characterization he somehow adopted in the comics between the departure of DnA and the beginning of Bendis’ disastrous run. The re-addition of mystical powers has also been intriguing. I vastly prefer Gamora’s more angry, sociopathic, scantily-clad iteration from the past, but I can live with her current level-headed iteration. The Nova-Quill-Gamora love triangle had a satisfying non-resolution. I was even willing to forgive the much-telegraphed and way too over-used story element of Rocket saving the day with a big gun because the big gun used was so creative. In short, this addition to the Annihilation mythos is probably third-best in line behind Annihilation and Annihilation: Conquest.

I was disappointed that Groot and Quasar didn’t get more page time. We didn’t see much of them or the rest of the team until the final few pages which serve as a victory party for the team and a farewell to the fans for this iteration of Guardians of the Galaxy.

Frigeri’s art was spectacular. He has a penchant for cosmic, bringing the kind of detail and energy needed for a comic set in space. Blee’s vibrant and complex colors perfectly complemented Frigeri’s art, blessing the fans with some final very pleasing eye candy before this iteration of the team fades into comic book history. Booth et al’s cover art conveyed what the team was up against very succinctly.

So, we must now bid this iteration of Guardians of the Galaxy a fond farewell. Thank you, Mr. Ewing, for your efforts at rehabilitating Nova and Star-Lord as well as Cosmic in general. The fans noticed and appreciated it. I hope I’m wrong about what the future holds for the franchise. I guess we’ll just have to wait and see.

Guardians of the Galaxy #18 preview: 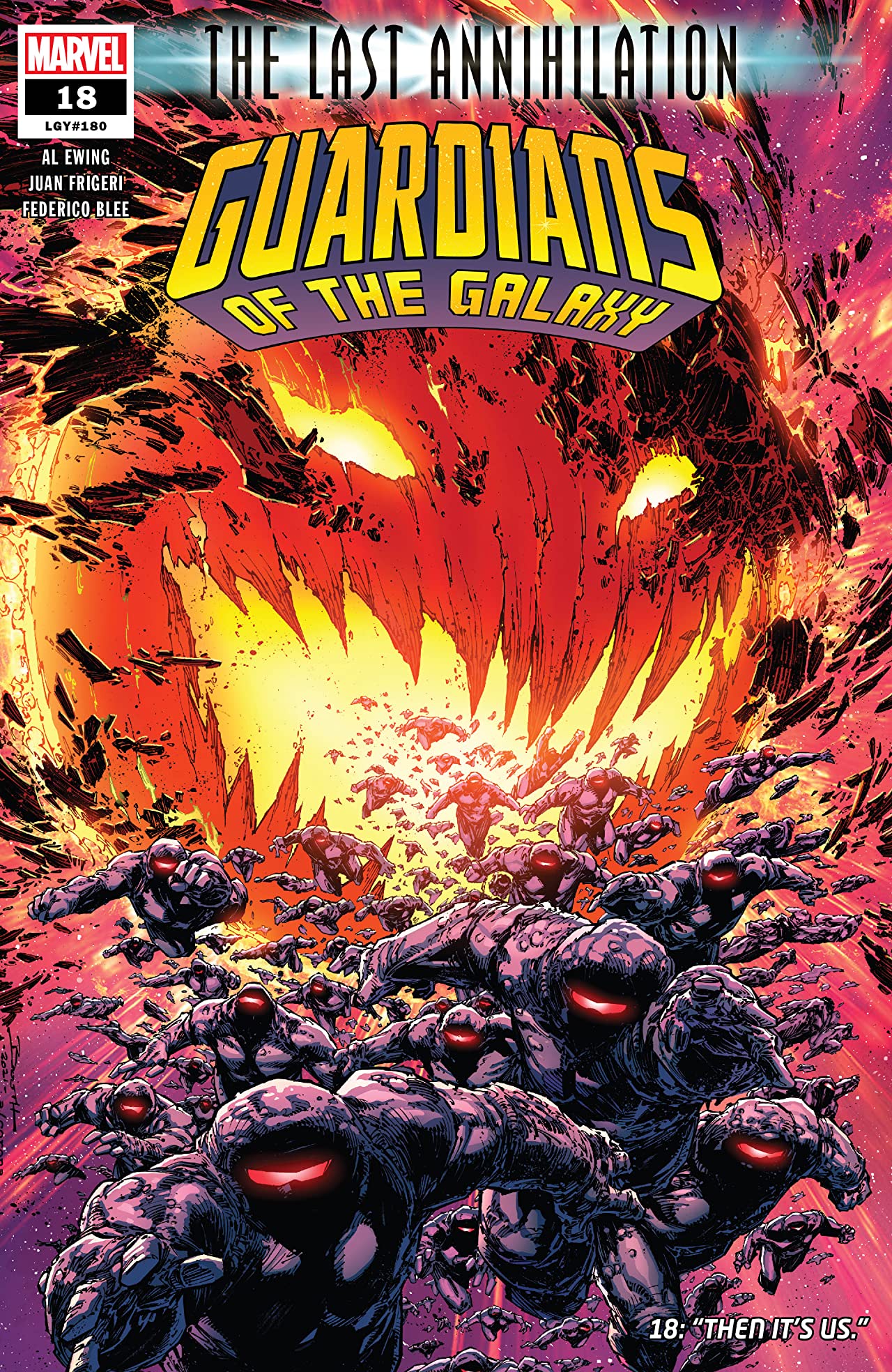 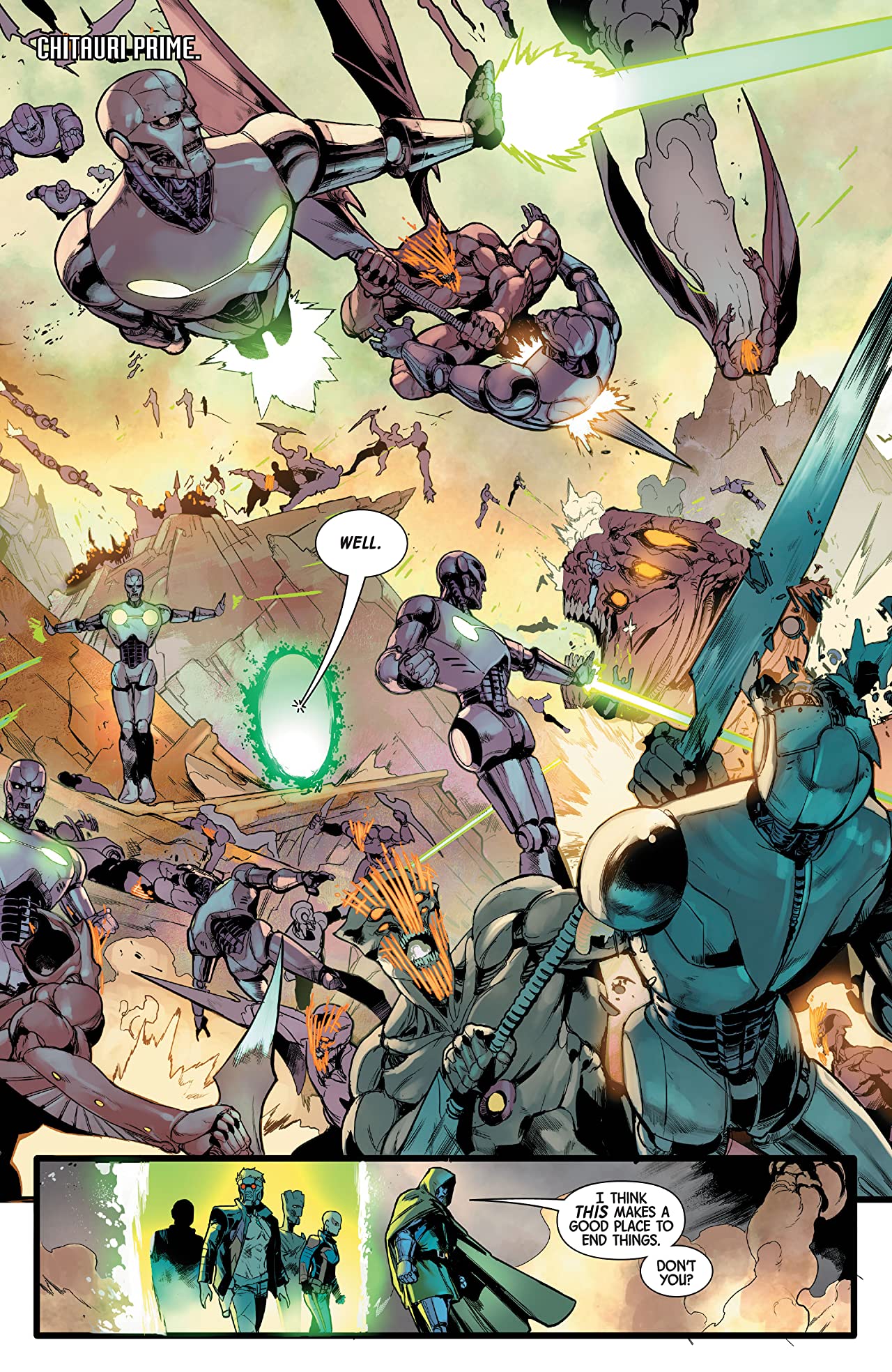 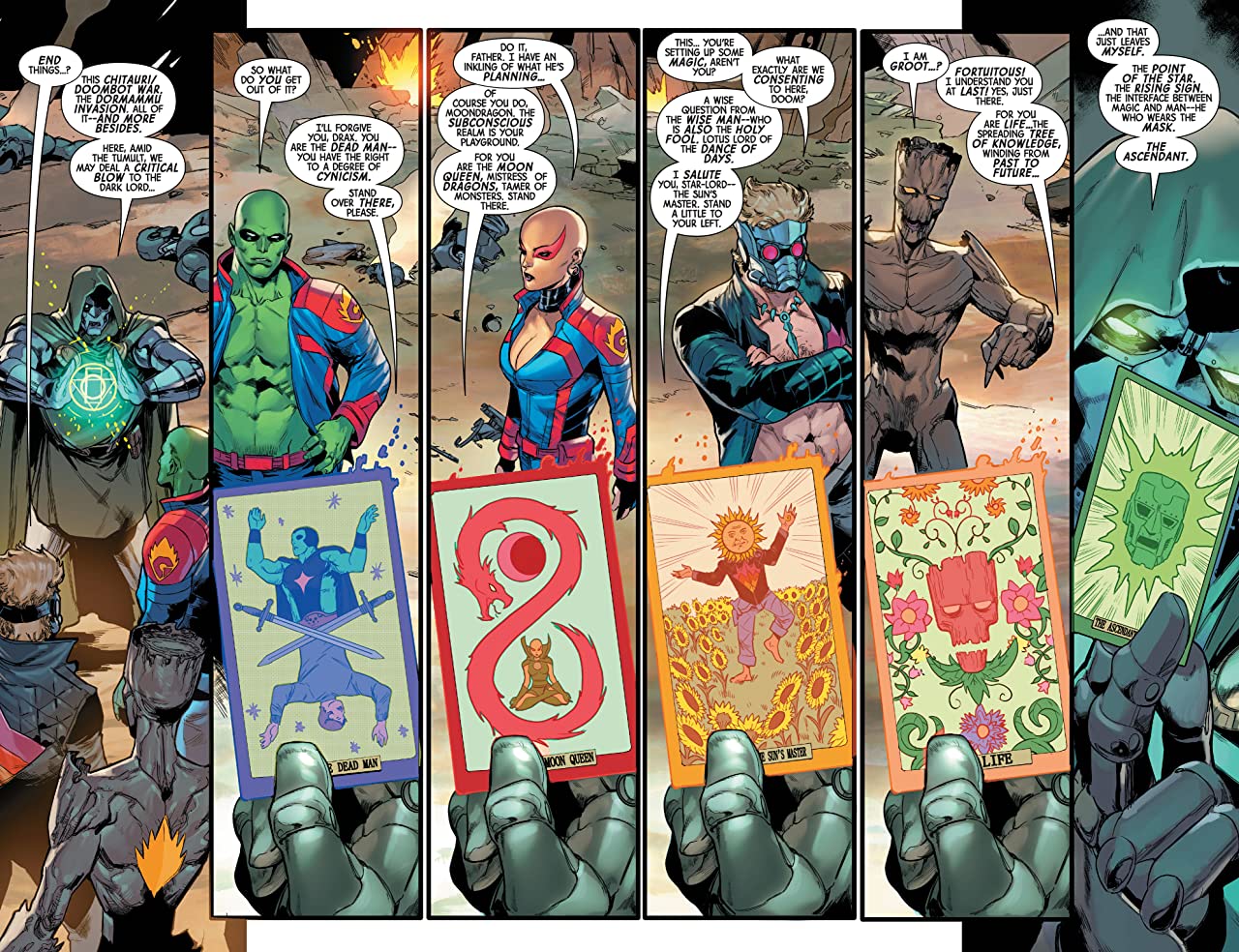 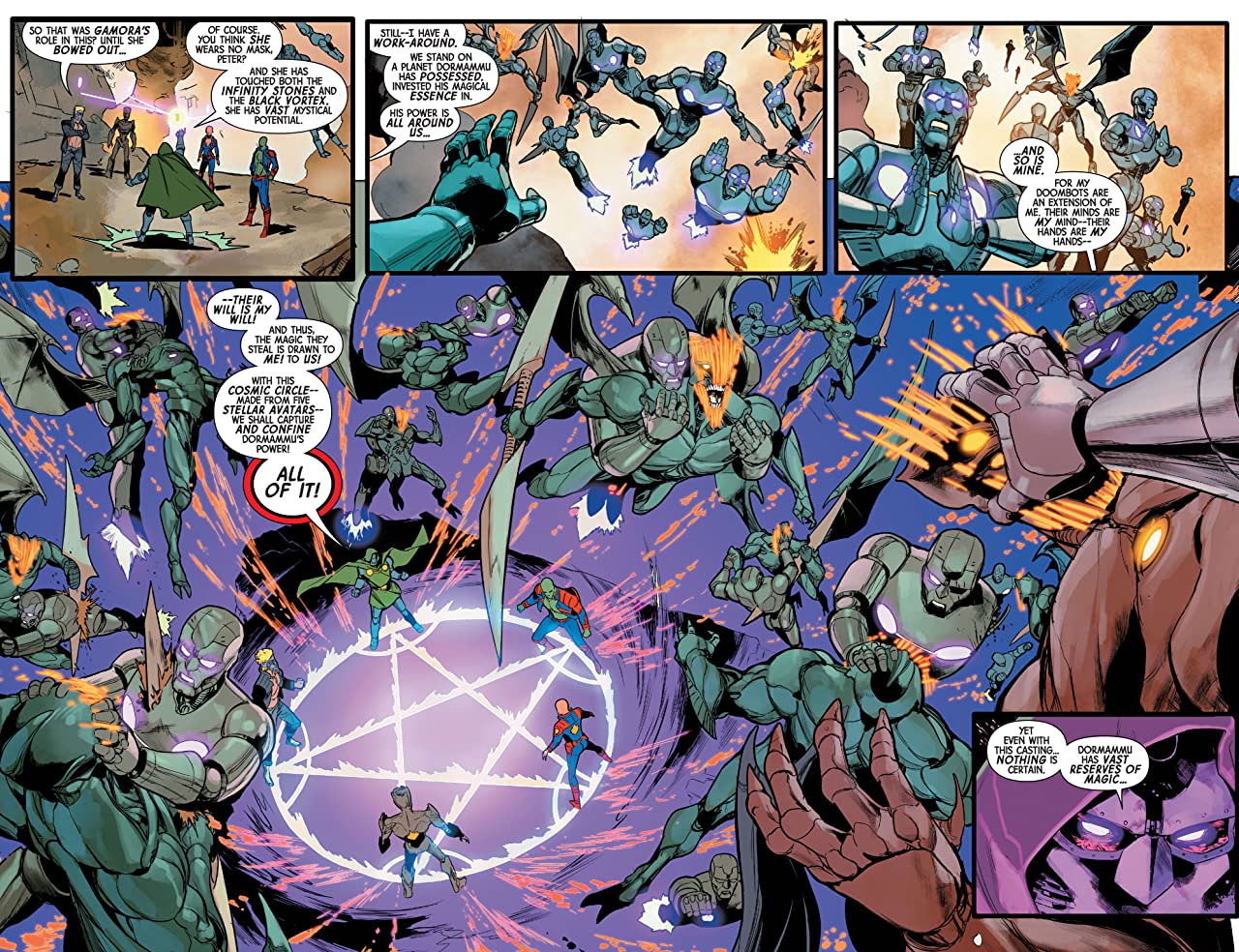