Guardians of the Galaxy #12

Cates delivers a very satisfying conclusion to this 12-issue Guardians of the Galaxy series. He is a talented writer who clearly respects and loves the Cosmic mythos, a trait necessary to write good Cosmic stories.

The story is exciting, perfectly paced, and contains some unexpected and unpredictable twists. The identity of the big bad at the end was a big surprise. I especially loved how Rocket and Drax were handled – and I was excited to see what I’ve been hoping for a long time now would happen – Drax regaining his flight and energy projection powers. I look forward to seeing how these powers will be used in the next series.

Rocket was truly the stand-out character in this storyline. He was the valiant, heroic, master tactician we all grew to love under DnA and have seen too little since their departure. Cates is the first writer in a long while to understand that Rocket and Groot are not just comic relief characters. If used properly, they are the heart and soul of Guardians of the Galaxy. He perfectly captures Rocket’s personality and skillset, blending humor organically into the story rather than just playing Rocket and Groot for cheap laughs as Bendis et al did after DnA’s departure.

The top quality of Cates’ writing shines through on every page and with every character except Star-Lord. Star-Lord remains the weakest link. Cates does all he can with this Gunn-esque iteration of Star-Lord who is a barely effectual 20-something surfer-dude devolved from the greatness of the Giffen/DnA grizzled soldier iteration. I suppose the Marvel Editors won’t let writers restore Star-Lord to his former glory. I had no problem believing the Englehart/Giffen/DnA iteration of Star-Lord could defeat a Herald. I don’t think this weak, overly emotional, bumbling, Gunn/Bendis iteration of Star-Lord could defeat Aunt May. Hey Marvel Editors – bring back the real Star-Lord! This 20-something surfer dude imposter is a real wet blanket on the Guardians of the Galaxy mythos. The comics don’t have to follow the dumbed-down movie iterations of the characters. The comics iterations can be BETTER than the movie iterations.

Smith continues to deliver impressive interior art. He is among the best of Marvel’s Cosmic artists and his renderings are pure Cosmic eye candy for the fans. Curiel’s colors perfectly complement Smith’s art-making for a very satisfying comic book reading experience. Shaw & White’s primary cover art and Shalvey, Raney, and Sotomayor’s variant cover art are sure to satisfy even the most ardent Cosmic fan.

I am happy to say that Cates has re-captured some of the past glory of Guardians of the Galaxy. This 12-issue series has treated us to the best GotG stories since DnA’s departure from the franchise. I hope Ewing and Cabal have been paying attention to fan reaction and resist the temptation to descend once again into the goofiness that has plagued the GotG franchise since DnA’s departure. The teases for the new series at the end of this issue left me intrigued. It appears that Rich Rider will be at least a semi-regular on the new series. If done right, we could be in store for some continued Guardians of the Galaxy and Nova greatness!

P.S. In case you missed it, the Cosmicbooknews forums have re-opened! Drop by and visit. Let us know what you think about the current state of Marvel Cosmic or the many others topics under discussion. Industry insiders read these posts to gauge fan reaction to their work, so it’s your chance to make your opinion known to the people who shape the future of the genre you love.

Guardians of the Galaxy #12 Preview: 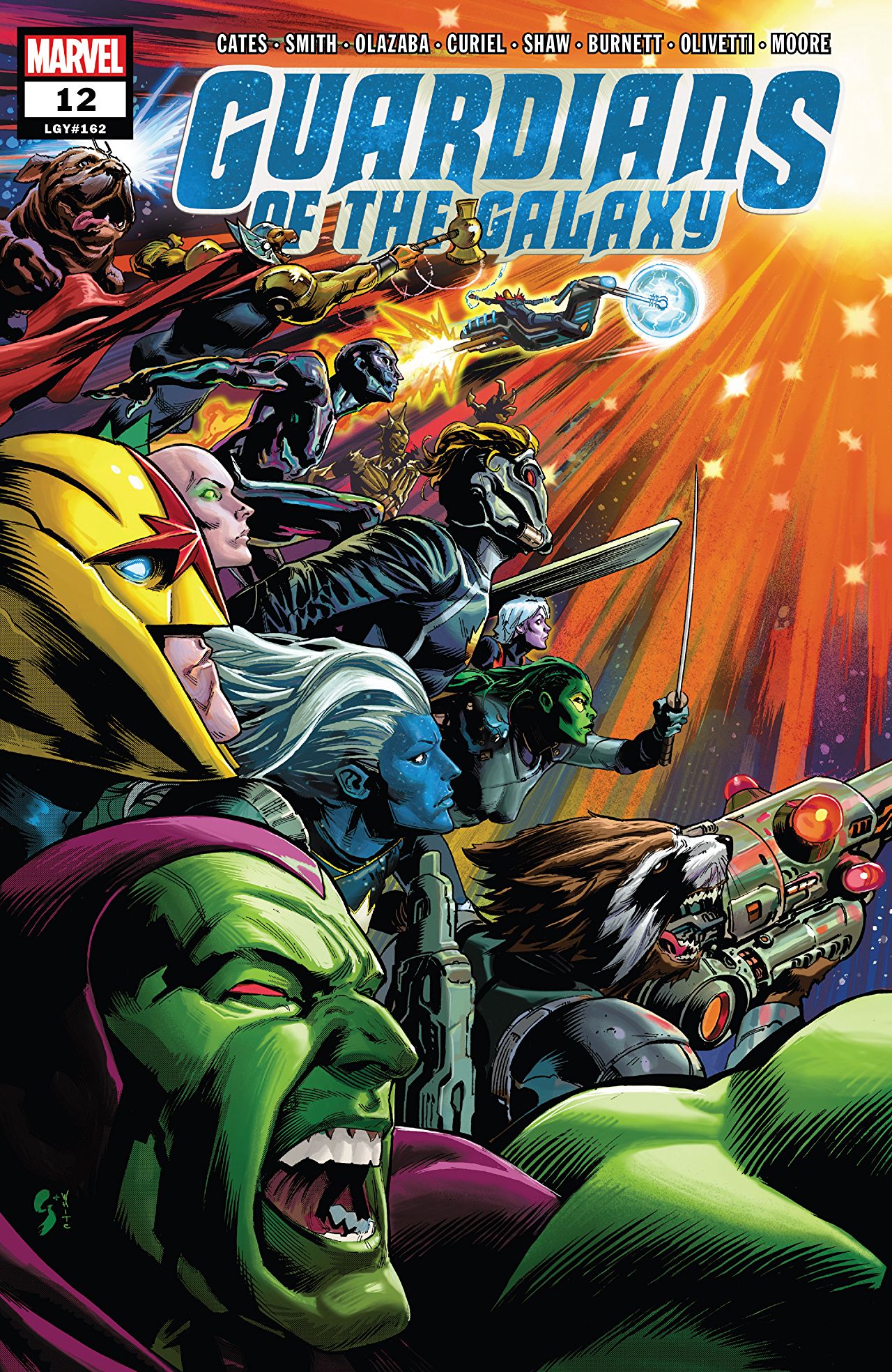 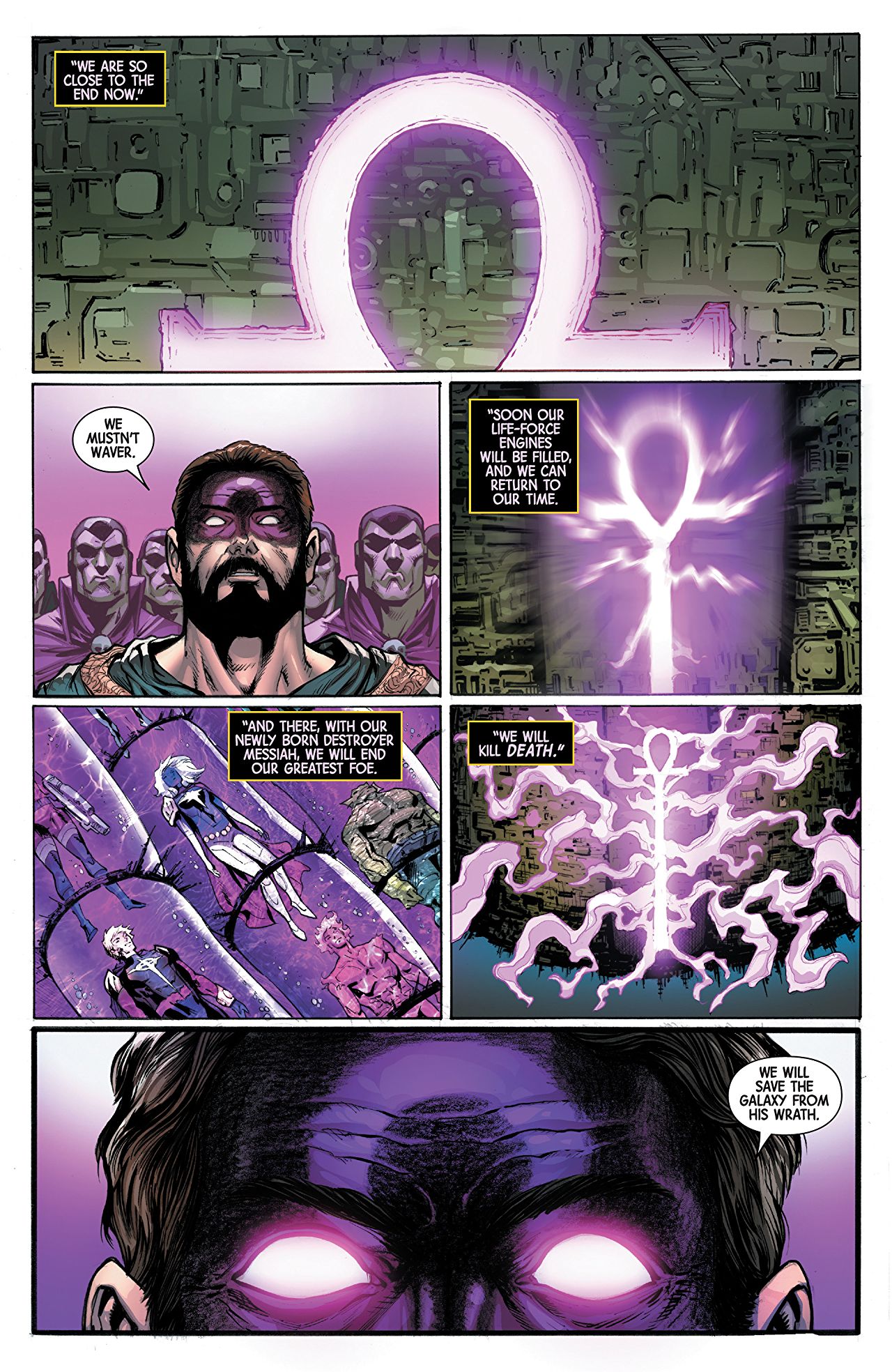 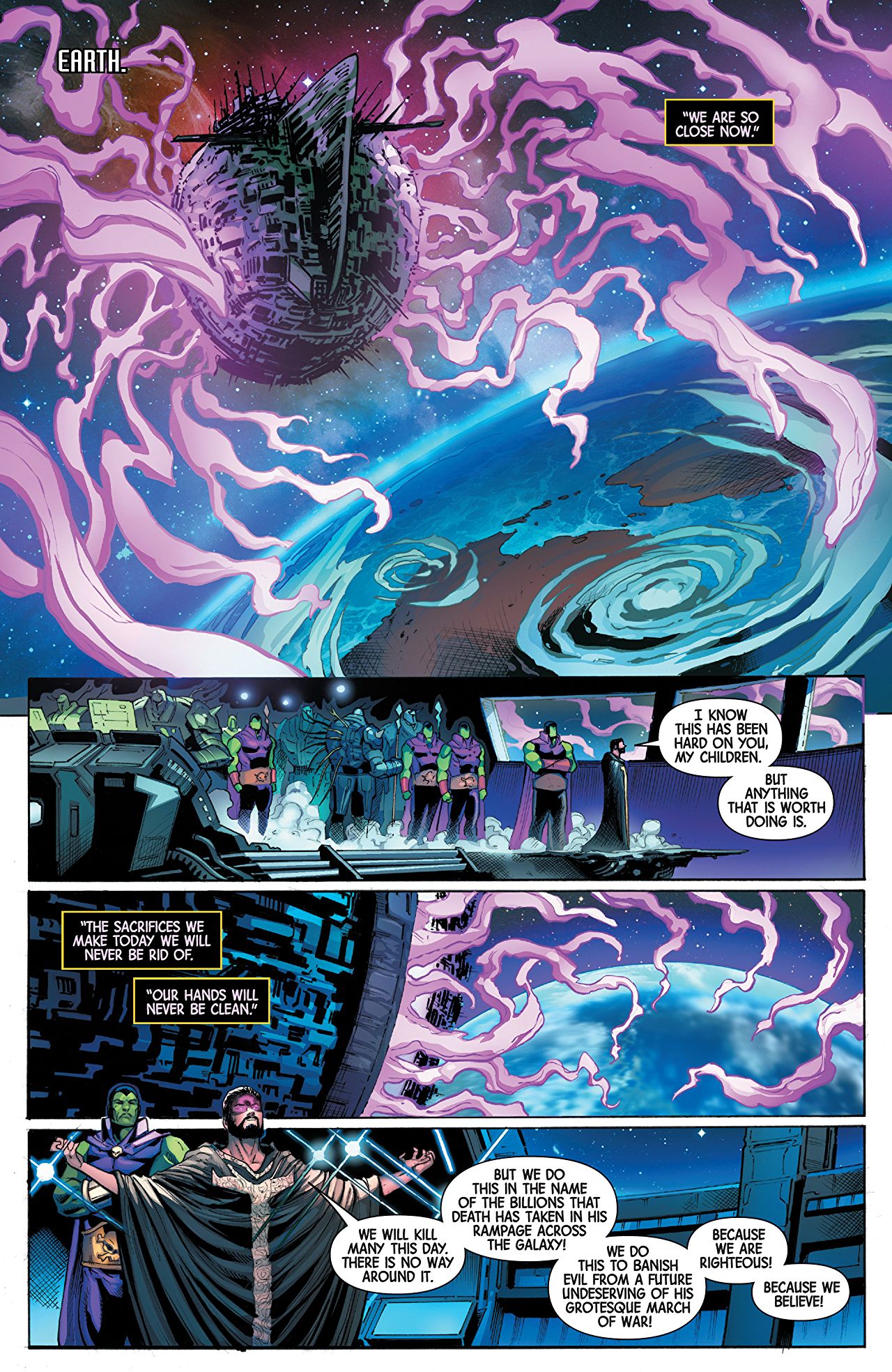 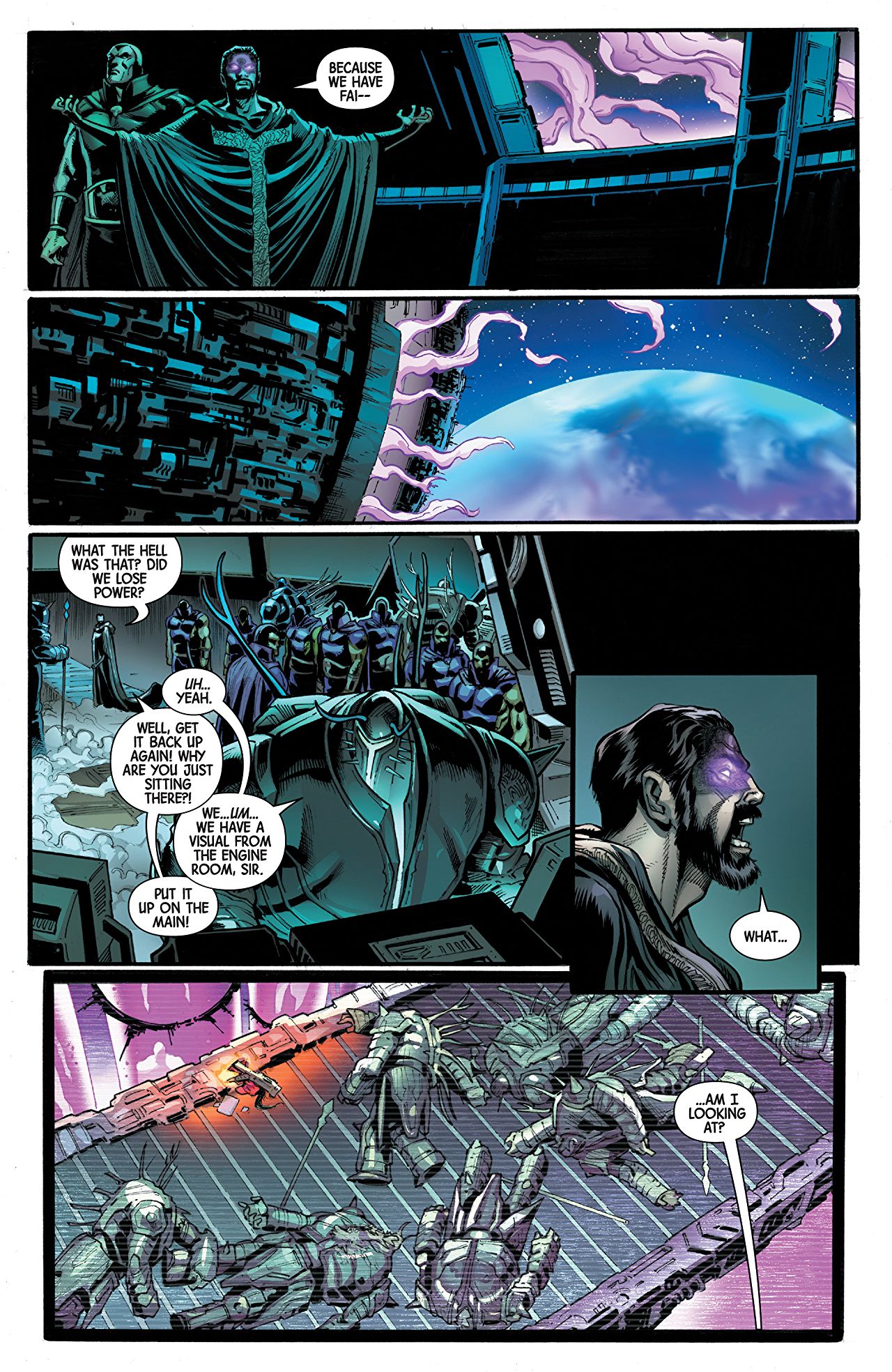