Guardians of the Galaxy #11

This penultimate issue of Cates’ final Guardians of the Galaxy story arc is hands down the best issue of the series to date.

Cates has really made his mark in Marvel Cosmic history by doing what the best Cosmic writers do – making an effort to understand each character, giving each character their own distinctive voice, and avoiding the over-the-top campy goofiness that some writers think is necessary just because the storyline is set in space. He plays it straight, inserts humor/pathos/action organically, and the story soars as a result. Cosmic fans should be very pleased with this arc – the best Guardians of the Galaxy story since the departure of DnA from the GotG product line.

My only criticism – and the only voice he doesn’t get quite right – is Star-Lord. Indecisive, virtually ineffectual, accidentally leading, and bumbling into heroism is way too much like the MCU version of Star-Lord for my tastes. I realize the MCU iteration of Star-Lord plays well to movie ticket buyers, but the comic book iteration of Star-Lord needs to be better than that. DnA got Star-Lord’s personality right – even better than Englehart’s and Giffen’s iterations. Star-Lord needs to be a mature, slightly rogue-ish, flawed but effectual leader of men. I miss the Star-Lord that single-handedly beat a Herald of Galactus. This too young, too blonde, buffoonish, “surfer-dude” iteration who constantly wants The Avengers to come rescue him needs to go.

I really like it that Cates has gotten away from the “Laurel and Hardy” iteration of Rocket and Groot. While they remain best friends, they are no longer used as goofy comic relief and are instead the true leaders of the GotG team. This iteration of Groot is my favorite to date, even beating out the iteration from the original Guardians of the Galaxy mini-series that kicked off this version of the team as well as the original DnA comic book series. This version of Groot is an intelligent, confident, smart-ass bad-ass who can hold his own against some heavy hitters – like Drax with his original powers (as seen in this issue). Rocket is poised to save the day, and I look forward to seeing how Cates will save him from death from old age. I’m guessing we’ll see some sort of Doctor Who-ish regeneration springing from the UCT’s life engines.

It was great to see so many of the classic Cosmic characters gracing this issue. Smith once again delivers some stunning interior art featuring them as perfectly punctuated by Curiel’s coloring. Shaw and White delivered impressive cover art this issue, but Johnson’s variant Star-Lord cover is a true joy to behold – among the best Star-Lord art to date.

I am eagerly looking forward to Issue #12 to see how Cates resolves this arc. At the same time, I’m sad to see Cates departing the Guardians of the Galaxy title. I hope his successors for the new GotG series starting next year have been paying attention to what Cates has done and to how grateful the fans have been to see GotG finally being rescued from the Gunn and Bendis silliness of the past several years. I hope they carry on the legacy of DnA and now Cates. Only time will tell. Buy this book. Show Marvel with your dollars that you appreciate Guardians of the Galaxy done right.

Guardians of the Galaxy #11 preview: 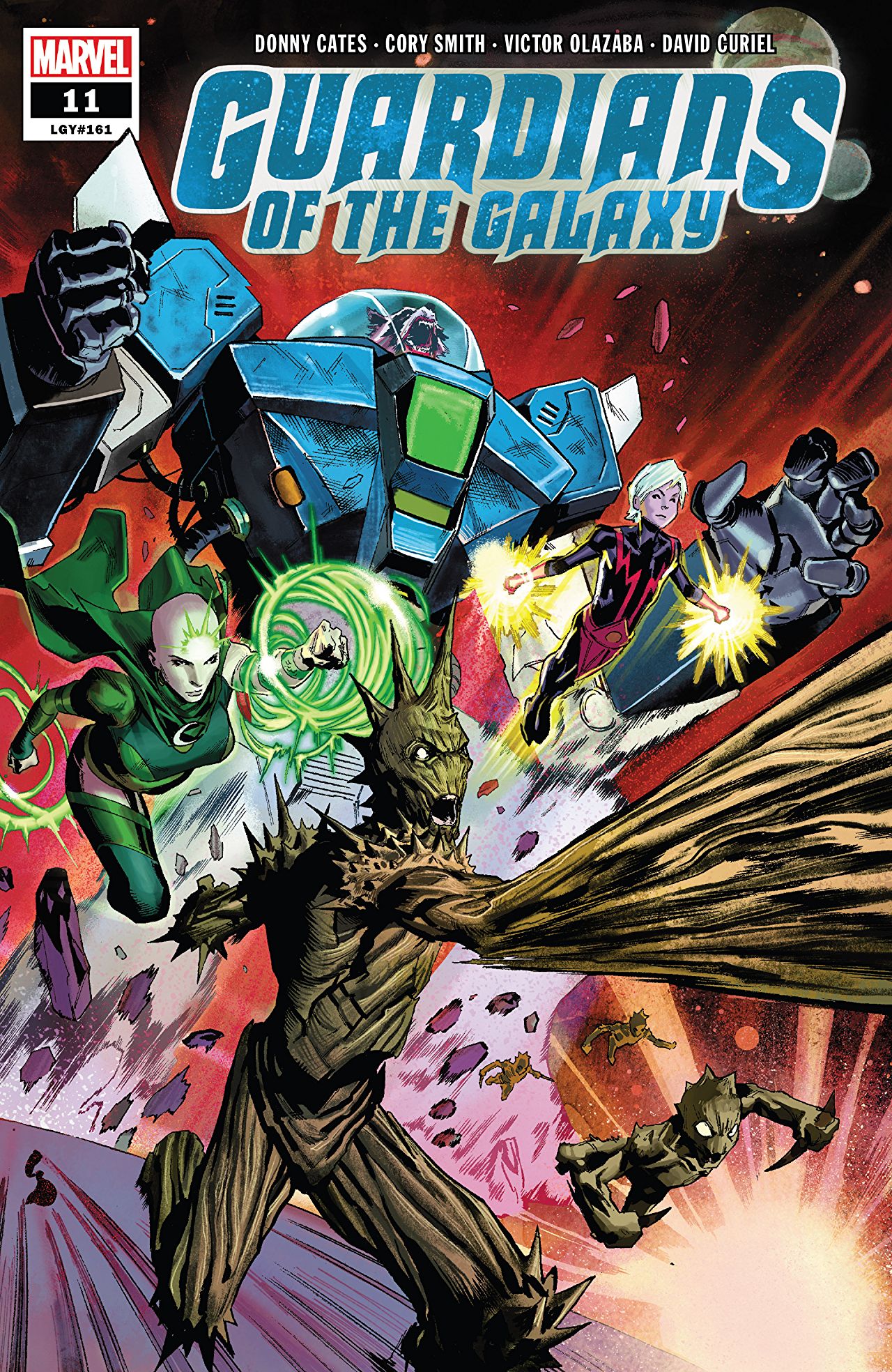 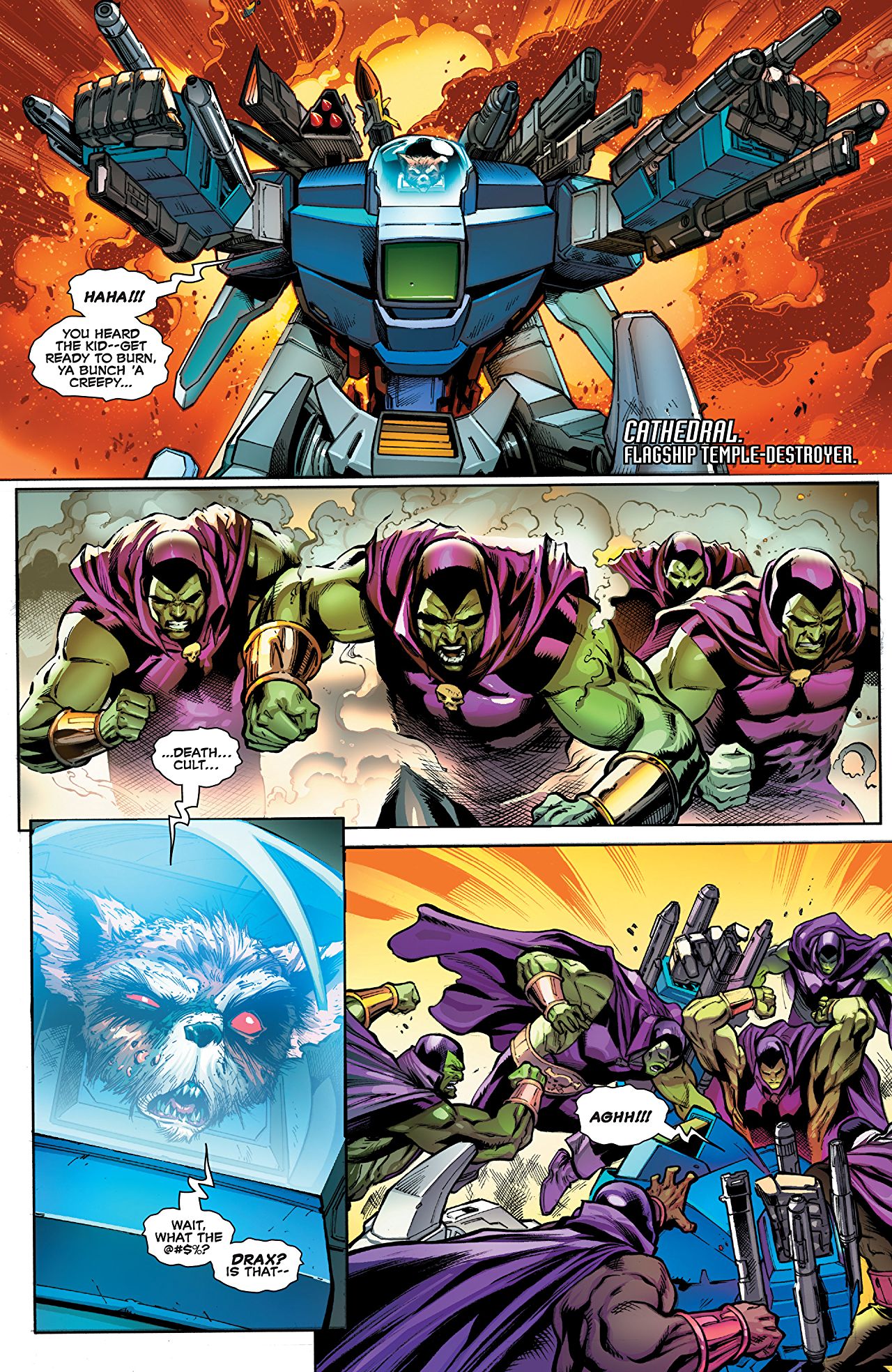 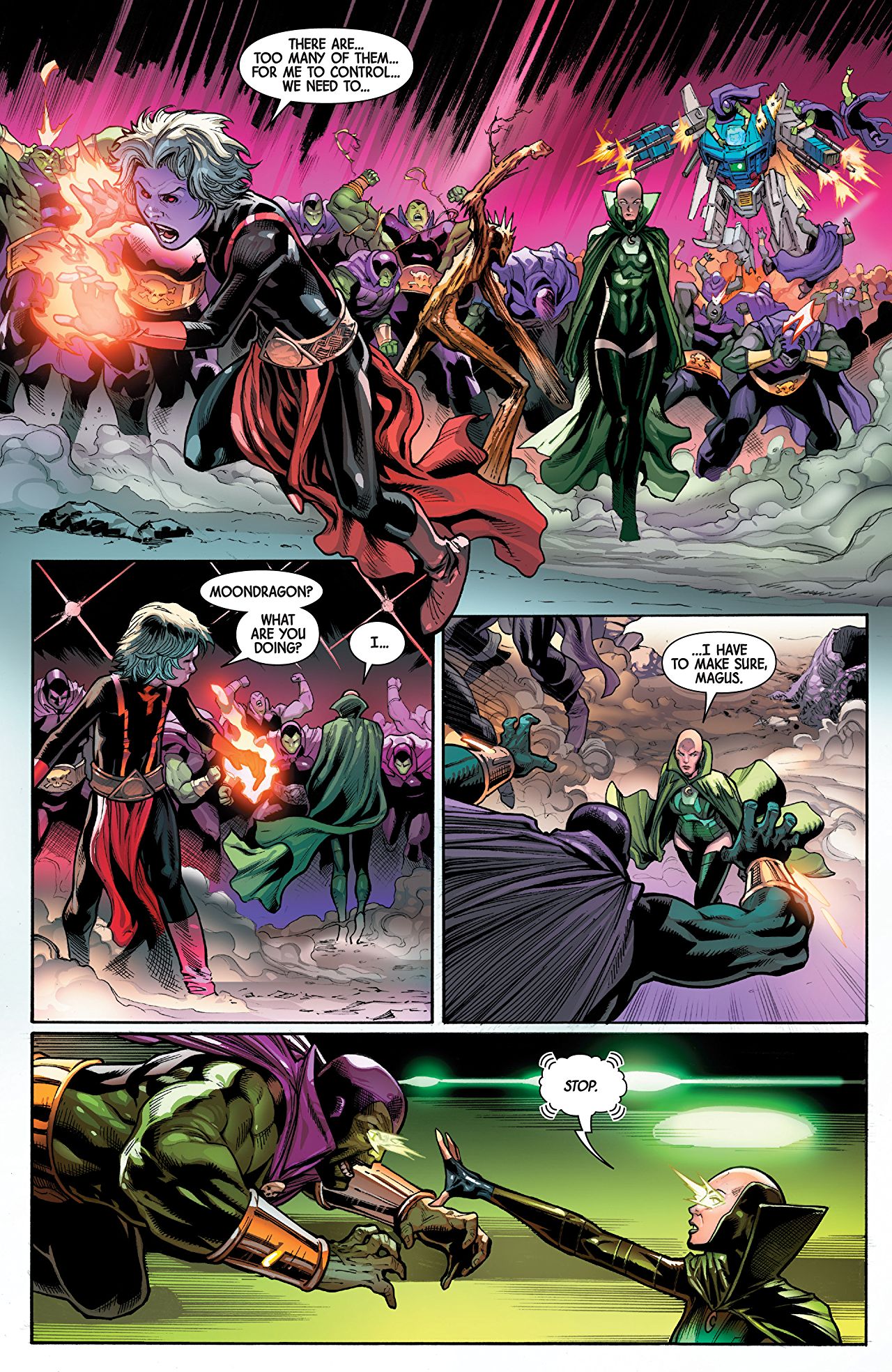 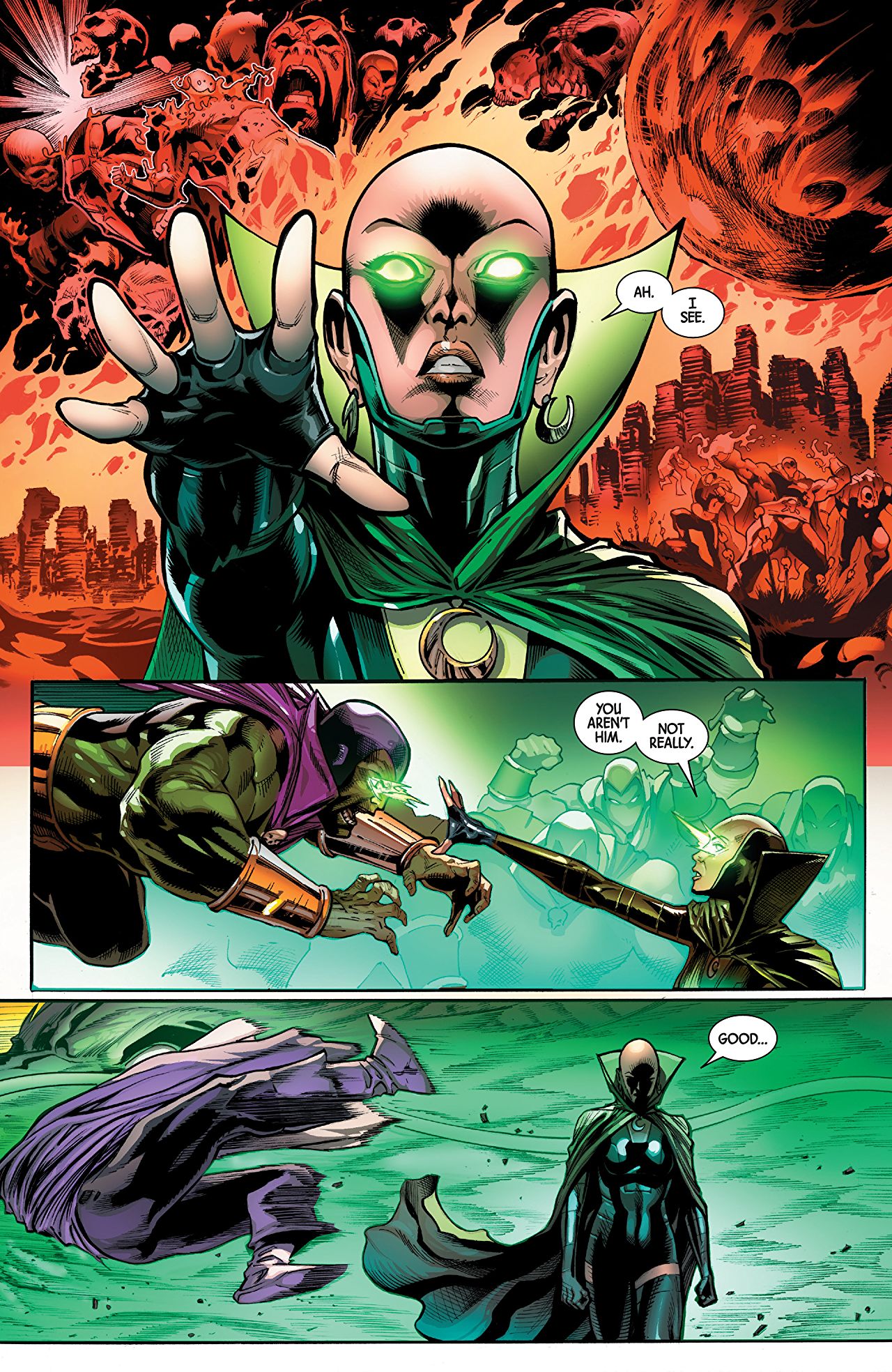