During the HBO live-streaming presentation, Greg Berlanti spoke about his upcoming projects, which saw poster art revealed for the new Green Lantern series as well as Strange Adventures.

The Green Lantern poster art features a GL ring (or battery) logo glowing in green with a planet in the background (Earth or Oa?).

The Strange Adventures poster, which will feature the character Adam Strange, show various characters taking to the sky while people look on in awe of them.

“Both of these original DC properties we’ll be creating for HBO Max will be unlike anything seen on television,” Berlanti said on Wednesday. “An anthology series of cautionary tales set in a world where superpowers exist, and, in what promises to be our biggest DC show ever made, we will be going to space with a Green Lantern television series, but I can’t reveal any more about that just yet.”

As noted, Strange Adventures will be an anthology series, similar to The Twilight Zone, and is described as: “feature characters from across the DC canon” and “explore close-ended morality tales about the intersecting lives of mortals and superhumans.” 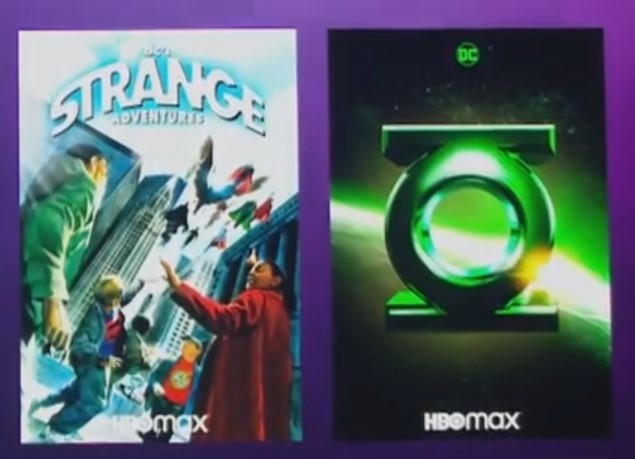