Godzilla: Planet Eater is now available to stream on Netflix, which is the third part of the Godzilla anime series, but once again, while this one is the best of the three, it's far from being any good. Following the first movie revealing Godzilla 20,000 years or so into the future, and last movie's "big" reveal of Mechagodzilla, I wasn't expecting much from King Ghidorah with Planet Eater, so to be honest, I wasn't that disappointed.

Like the previous two movies, this one also suffers from unneeded extended dialogue that is just too overdramatic. I actually think if they would have cut a lot of the dialogue and cut to the chase, the movie wouldn't have been all that bad. The music, at times, was also a snoozefest, which didn't help to move things along, but at the other times, it was pretty epic, so this flick is basically a mixed bag. I did enjoy the animation for the most part as the up close shots of Godzilla were pretty epic as well.

This movie has themes of god and religion and what becomes of man, which is tied to both Godzilla and King Ghidorah being both monster and gods and how humanity perceives them. The movie offers an interesting approach to the themes, but it seemed to come out of nowhere (the priests, miracles, etc) at least from what I can remember of the other two films, and is also not all that original. Honestly, while watching it, I thought of Silver Surfer and Galactus (planet eater, heralds calling their "god" forth, tentacles sucking energy, destroying the Earth, etc.).

While I see there are a lot of complaints online about what they did with King Ghidorah - I suppose if you read the movie description which states "Godzilla Earth reigns supreme but he has one more challenge: the winged creature, KING GHIDORAH" you'll come off disappointed. Why? Because Ghidorah doesn't have wings in the movie - but I didn't mind the approach. This isn't the classic version of the characters, and it shouldn't have been promoted that way. The first movie gave us what Godzilla looks like 20,000 years into the future, as he is some sort of gigantic walking nuclear powered Mount Everest; the second film saw what happened to Mechagodzilla 20k years into the future as it became a living city powered by nanites; so in 20k years, Ghidorah becomes this otherworldly cosmic planet eater with the power to bend space and time. Don't ask me what became of Mothra because they barely used the creature, which was a big disappointment as well (some sort of metaphysical being, I suppose).

So the story goes that Ghidorah goes from planet to planet destroying it in the process as it has some sort of priest-class that finds it new planets to consume (again similar to Silver Surfer and Galactus). Well, this time Ghidorah is called to Earth where Godzilla 20K reigns supreme! I thought they did a good job of explaining Ghidorah, which had a nice science-fiction explanation to it. He was the opposite of Godzilla, who was grounded, but Ghidorah was literally some sort of parallel universe energy creature from outer space. As we all know, "the enemy of my enemy is my friend," so since Ghidorah wants to destroy the Earth, this time around Godzilla comes off as the hero we all know and love. The problem is that the previous two movies showed Godzilla to be a really bad guy, so how they wrapped up the three movies with the ending in Planet Eater, I felt was poorly done. 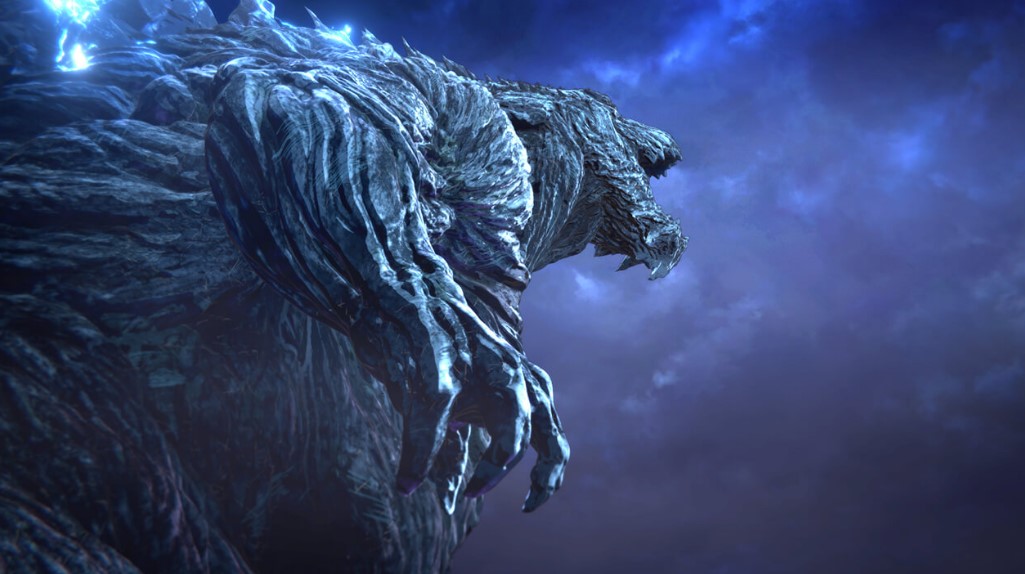 Spoiler: Did I watch it right (I watched the ending twice) that Godzilla blew up at the end? I thought Haruo used the mech to fly toward Godzilla, which was fueled by a nuke, so then Godzilla used his atomic breath and it almost seemed as if it backfired in Godzilla's face? Or did the mech shoot through the atomic breath and blow up in Godzilla's face? I am not sure what happened and thought nukes didn't effect Godzilla? I thought the movie should have ended with Godzilla beating Ghidorah and the humans living in harmony with Godzilla, but I suppose that didn't fit with the previous two movies, so they had to do something quick to wrap it up, which came of rather lame and disappointing, IMO.

I'm not sure if it should be said that these three Godzilla anime movies are aimed at Japanse audiences, so maybe I'm just not the target audience? I would be curious to read Japanese reviews of these three flicks to see if they were better received overseas.

My final thought is that overall the Godzilla anime trilogy suffered from too much dialogue and not enough of the monsters. I wouldn't mind a western approach to this story, but keeping with the same animation.