Check out the cool Chinese poster for Godzilla: King of the Monsters featuring Mothra front and center in addition to the titular titan, Ghidorah and Rodan.

The 2014 Godzilla did pretty decently at the Chinese box office (almost $78 million), so let’s hope the sequel is even bigger.

Watch the final trailer below as well! 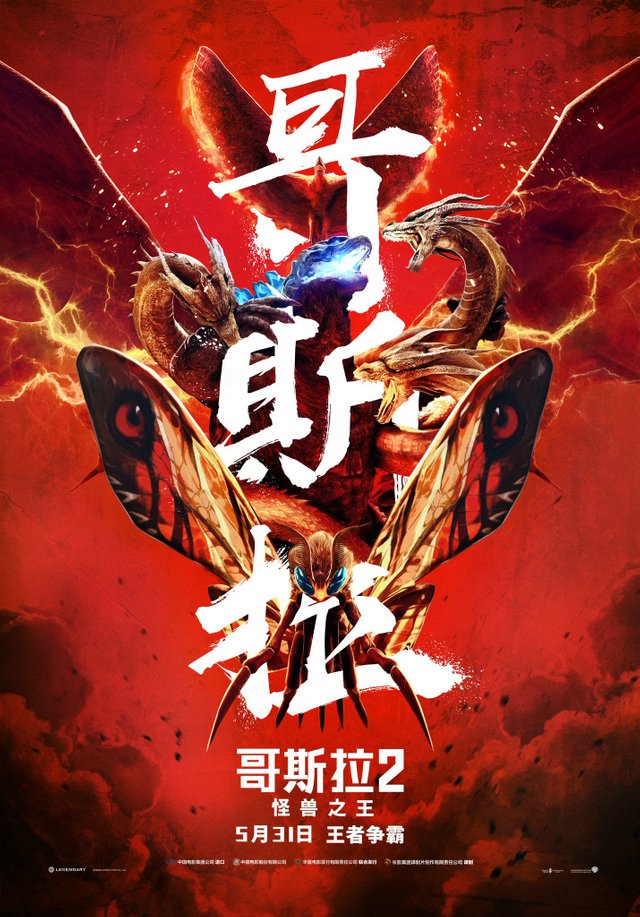