The film described as the 'opposite' of Fury Road and 'anti-Mad Max' is twenty years in the making and is based on a short story.

The film is twenty years in the making and is based on A.S. Byatt's 1994 short story The Djinn in the Nightingale's Eye.

Miller recently spoke to Deadline where the film is described as:

...the “opposite” of Fury Road — an “anti-Mad Max” — and in many ways, he’s correct. It is dialogue-driven; a lingering two-hander in which a scholar on a trip to a speaking engagement in Istanbul inadvertently summons a Djinn who details his long journey through fantasy and history as he endeavors to tempt this scholar — who claims she wants for nothing — to make her three wishes. Tilda Swinton plays Alithea, the scholar, and Idris Elba the Djinn.

Three Thousand Years of Longing doesn’t just tell us about the Djinn’s complex journey to a modern-day hotel room in Istanbul. It shows us, too, bringing us into the courts of the Queen of Sheba and the Ottoman rulers, the bedroom of a 19th Century Turkish slave courtesan, and all the way to present-day London; despite the film having been entirely shot in Australia during the pandemic. There is magic, and there is war. Mythical creatures and conquering armies all conjured in exquisite detail. It is a chamber piece in the George Miller mold, which is to say that it flatly refuses to be confined to a single chamber.

The premiere held today wasn't also without drama as a woman stripped and started screaming in front of photographers for some reason. Watch the trailer below.

On the Cannes red carpet for George Miller’s new movie, the woman in front of me stripped off all her clothes (covered in body paint) and fell to her knees screaming in front of photographers. Cannes authorities rushed over, covered her in a coat, & blocked my camera from filming pic.twitter.com/JFdWlwVMEw 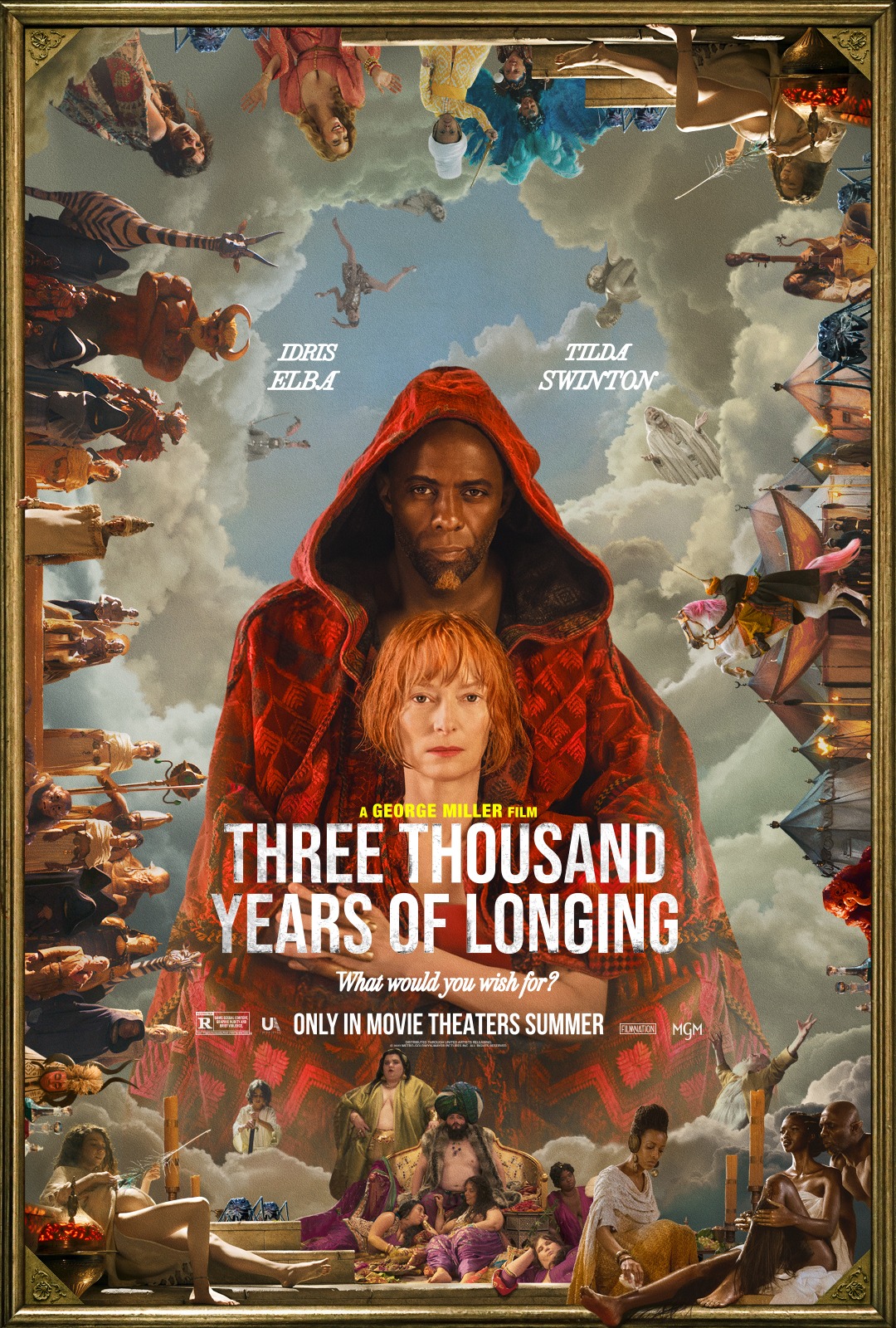