The Flash: First Look At Michael Keaton As Bruce Wayne

After nearly 30 years, Michael Keaton returns to the role of Batman and his Bruce Wayne has been spotted on the set of The Flash movie which is currently filming in London.

Keaton can be see clean-shaven with gray hair wearing a blue suit. Check out the pic below.

Earlier also saw a bunch of set pics and video hit the net where Bruce Wayne's car was spotted, a Mercedes-Maybach 6 Cabriolet, which might belong to the Michael Keaton version.

Of course, another possibility is that the characters have made their way to the Ezra Miller DCEU universe as all the footage seemed to take place in Central City.

Director Andy Muschietti also previously teased the Michael Keaton Batman suit with blood on the chest (see below) which has led to some fans thinking a possible connection to Watchmen, perhaps similar to the recent Doomsday Clock comic from Geoff Johns.

The Flash has a November 4, 2022 release date and will introduce the DC Multiverse as Barry breaks the bonds of physics and crashes into parallel dimensions leading to encounters with different versions of the DC superheroes. The flickhas also been described as following Barry Allen as he travels back in time to save his mother reverses her death which causes changes to the timeline that sees The Flash connect to new universes, with the Michael Keaton Batman '89 universe, and others. The Michael Keaton Batman is also rumored to be sticking around the DC universe as he mentors Batgirl, similar to the Batman Beyond story.

The Flash: Michael Keaton on set as Bruce Wayne:

BREAKING: We have our first look at Michael Keaton returning as Bruce Wayne in #TheFlash! pic.twitter.com/BXP7xRvarC 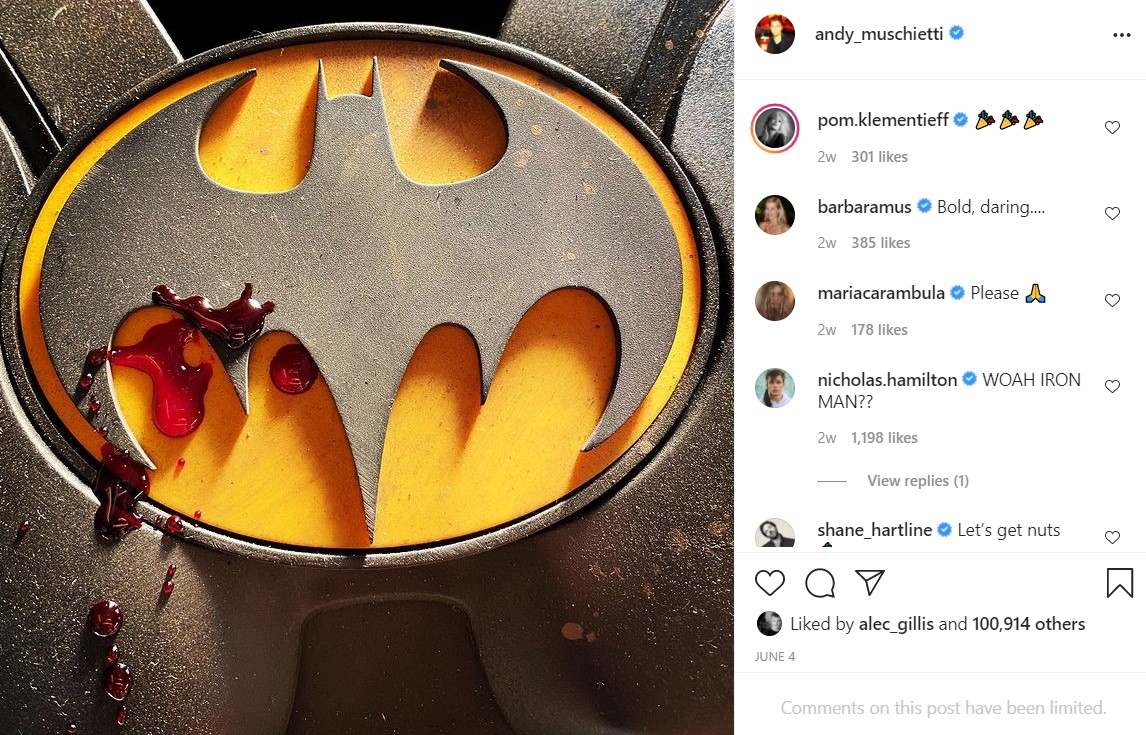