First Look At Men In Black 4

“#FBF shooting MIB with my partner in galaxy protection @TessaThompson_x when we were ripping aliens a new one,” Hemsworth tweeted.” From memory, this shot was taken in between set ups when we noticed some criminal activity on the streets in London. #MIBInternational We immediately drew our laser guns and took down one of the largest crime syndicates in the city. Happy to say the streets of London are now safe again. You’re welcome world.”

Details for the movie include that Thompson's Agent M goes over to the MIB London headquarters where she meets Hemsworth's Agent H. 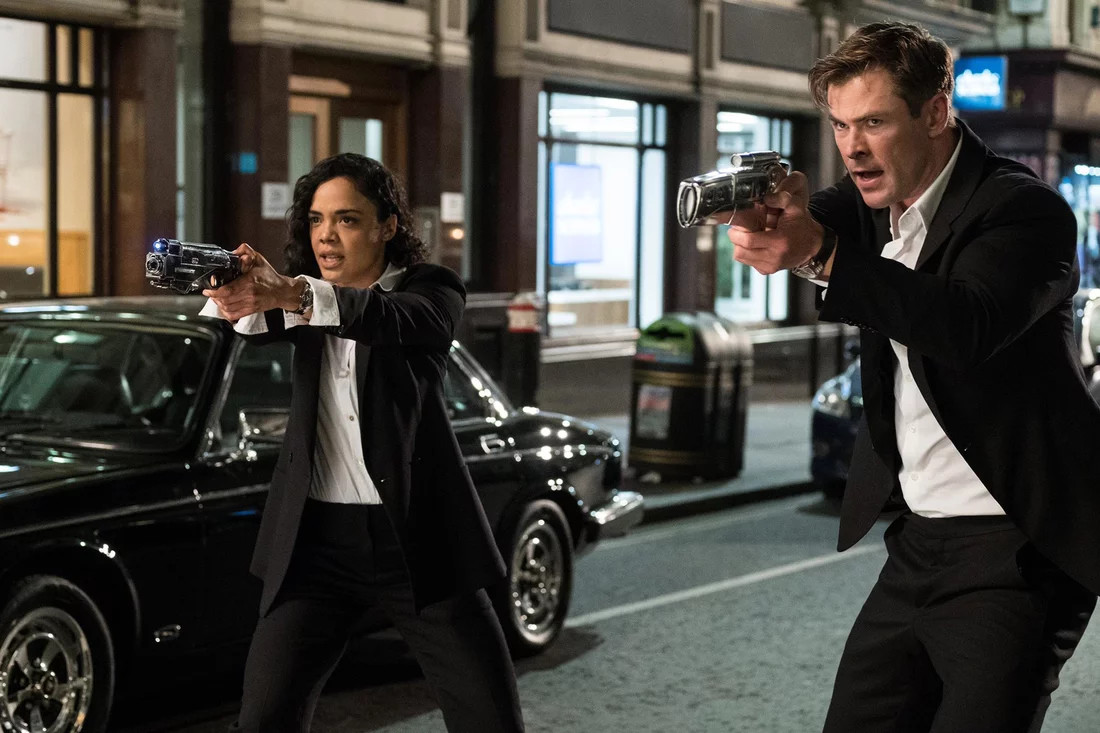