The Falcon and the Winter Soldier Disney Plus series has a connection to the MCU as a set pic reveals Madripoor, the fictional Asian island from the Marvel Comics.

An Instagram user posted the following image noting the flag of Madripoor has been seen on the set.

In the Marvel comics, Madripoor first appeared in an issue of New Mutants, as well as in issues of Wolverine, Hawkeye, Uncanny X-Force and X-Men Blue.

Madripoor is described as a fictional island located in Southeast Asia in the southern portion of the Strait of Malacca between Singapore and Sumatra. The island also sports the city of the same name described as representing extreme social inequality: "a place for the very rich and the very poor."

The city has been known to be a haven for pirates and was once taken over by HYDRA to serve as its base to finance terrorist plots against the world. Wolverine's son, Daken, also later controlled the city, and Magneto has lived there in addition to Marvel characters such as Angel, Beast, Cyclops, Iceman, Sabretooth, Jessica Drew and more.

With the purchase of Fox Studios, Disney and Marvel now own the rights to the X-Men characters, so it will be interesting to see if the X-Men are introduced via Disney Plus or the MCU movies, or both.

The Falcon and the Winter Soldier is due to air on Disney Plus Fall 2020 said to in part follow Falcon, played by Anthony Mackie, getting the Captain America shield, with Sebastian Stan as Bucky; Wyatt Russell is also said to be playing John Walker, aka US Agent.

Madripoor in The Falcon and the Winter Soldier: 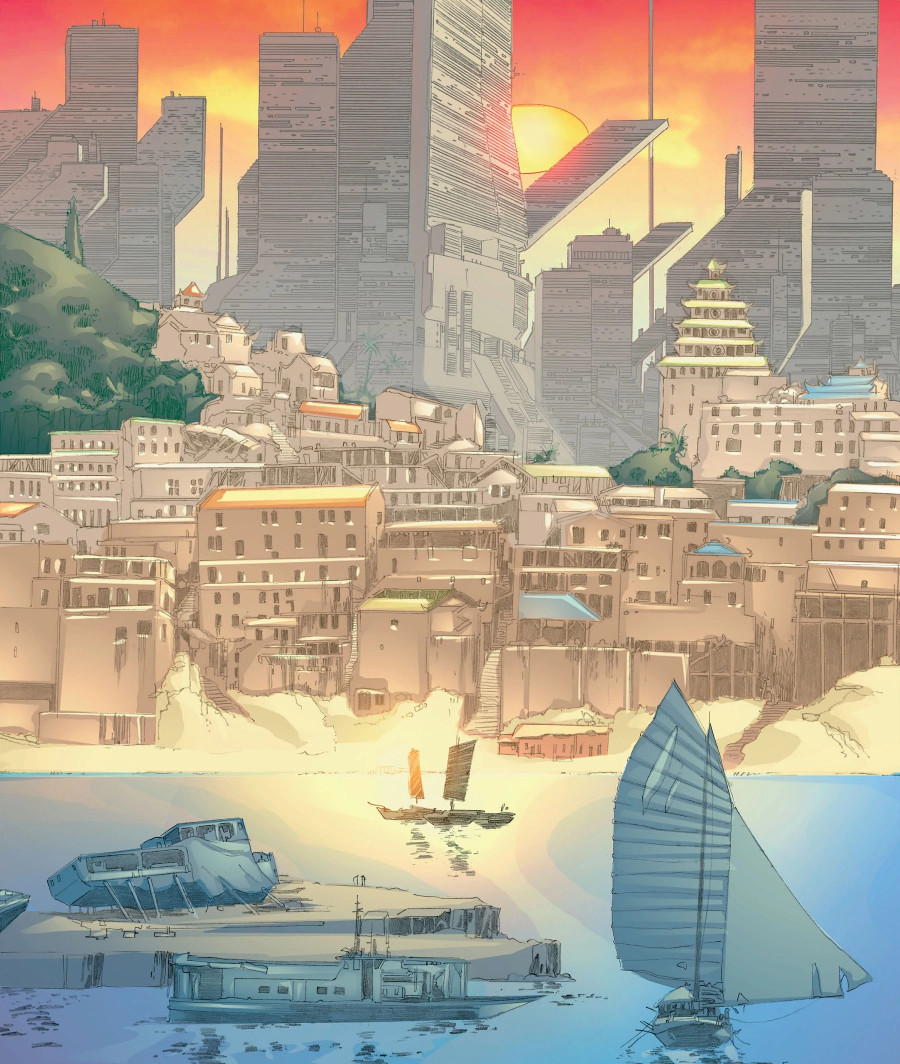