While the cast is nothing like the comics, at least it appears as if the movie will be somewhat similar to the Jack Kirby Eternals.

The first set pics have hit the net out of England, which was at first thought to be for reshoots on Star Wars: The Rise of Skywalker, but it has since been made known to be for Marvel's Eternals.

An Instagram user posted the following where what appears to be an Aztec pyramid is being built at Pinewood Studios. In the comics, the Eternals discover that the ancient pyramid is actually a tomb for the Space Gods, which this scene resembles.

Exclusive: Minor ‘The Rise of Skywalker’ reshoots at Black Park update Once again I have another Black Park post. Not a whole lot has happened since last week but I’ve decided to keep you updated. As I’ve said in my previous Black Park posts, there’s three locations - Site one: used for the jungle shots of the Falcon and orange X-Wing last year, Site two: on a raised plateau with a wooden structure and Site three: Used for snow and swap planet scenes late 2018/early 2019. I’ll start at Site One. Site one is currently very busy with a lot of dumper trucks and JCB’s in action. It looked as if there were a lot of plants and ferns, dressing the site up for more of a jungle vibe. Couldn’t get pictures of this but in the one site one picture I’ve marked out some vegetation that isn’t native to Black Park, it looks like some tree’s. Also in a car park near there was an articulated trailer with a side door open, showing more greenery. Site Two. Last week a large wooden structure had started to be built. Yesterday a statue of sorts was put in place whilst more work on the wooden structure continued. The statue didn’t look very Star Wars to me. However I don’t know why but my initial thought last week after seeing the wooden structure was Yavin IV and after looking at Yavin IV decorations and statues from non-canon video games such as ‘The Old Republic’ there is some similarities. However as I stated a few weeks ago, a notice at Black Park refers to all three sites as one production but that could be because it’s all a Disney production. Site Two might pan out not to be Star Wars at all. Marvel’s next movie, ‘The Eternals’ begins production at Pinewood in September so there is a good chance it’s for that movie. -- EDIT: I exclusively broke that the set was for ‘The Eternals’ in my follow up post which released mere hours later after receiving multiple pieces of evidences from sources. Some websites are currently using my images but not crediting me for the story.

Regarding the cast, Marvel Studios and Disney have once again replaced classic characters with female characters that have nothing to do and don't resemble their comic book counterparts. Disney and Marvel once again, instead of creating new characters, ditch the old characters for their politically correct agenda. What exactly are Marvel and Disney trying to say? That female characters can't hold their own and must ride on the coattails of the male characters' popularity? Guess so. 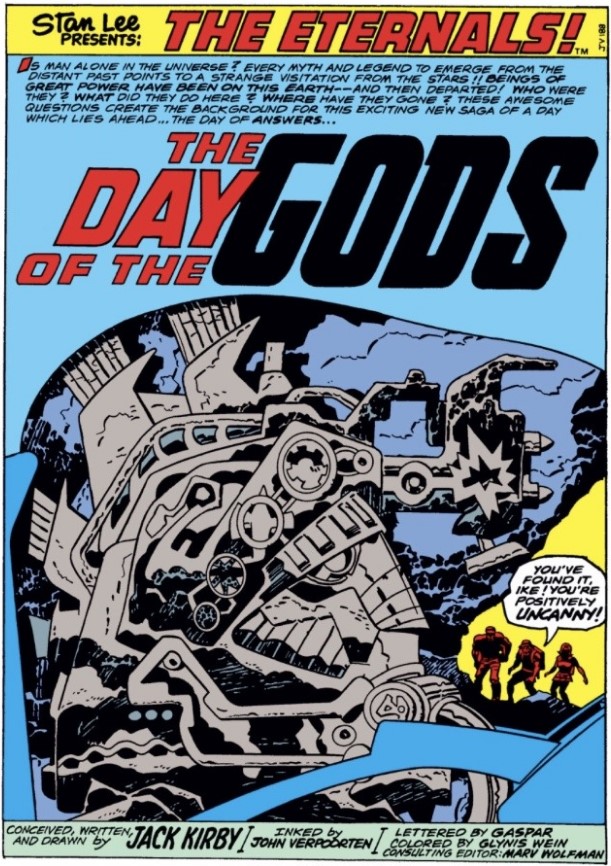