The villains for Marvel’s Eternals movie may have leaked through a list of Funko POP! figures associated with the film.

New characters, which may be the villains, include Kro and a 10-inch figure for Arishem.

In the Marvel Comics, Kro is the leader of the Deviant race, a monstrous-looking offshoot race of the humans created by the Celestials who are at war with the Eternals.

Arishem, aka Arishem the Judge, happens to be a Celestial and is the leader of the Celestials who goes around judging which planets and species will continue to live.

If the characters are indeed involved in the Eternals movie, we can speculate that following The Avengers: Endgame, Arishem may return to the Earth to pass judgment, which possibility sees the newly woke Eternals fight against.

Kro has the ability to shapeshift, so it will be interesting to see how much from the comics is used in the movie, especially considering the shapeshifting Skrulls were used in the Captain Marvel movie. 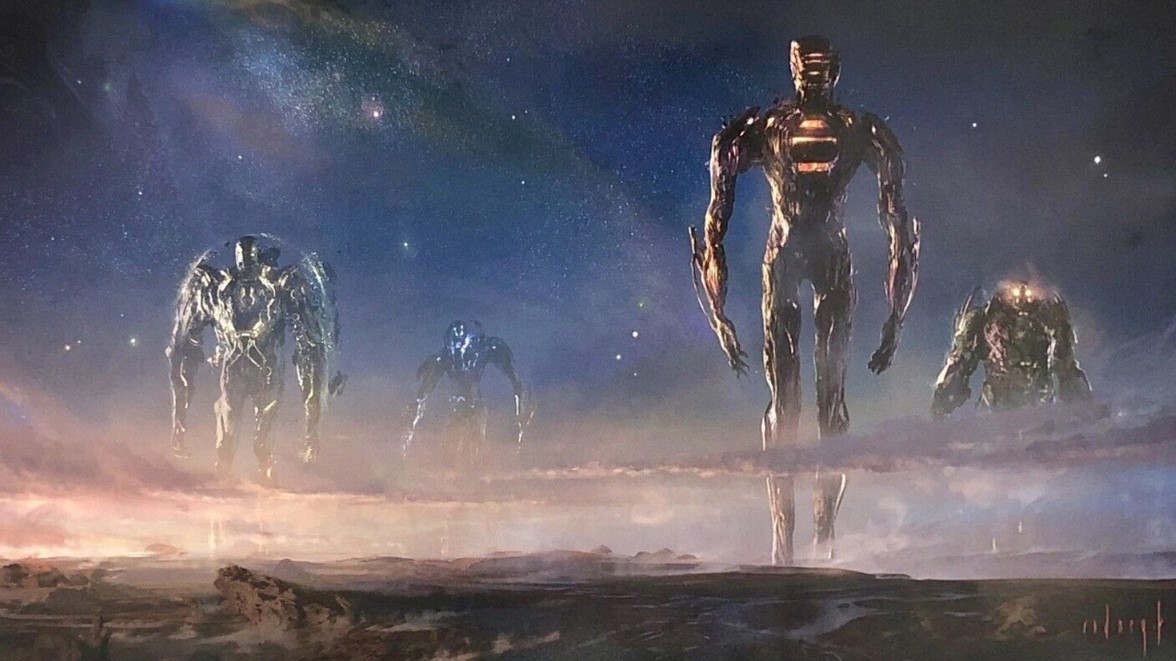 Kevin Feige did tease the Deviants will be different than the comics, for some reason, so bear that in mind, and he also previousy teased Eternals and the Avengers, and the Celestials:

The movie, it’s ambitious, and takes place over 7000 years from present-day to Mesopotamia to all sorts of locations and time periods and really feels like nothing we’ve done before.

Feige also confirmed the flick will feature the Celestials in all their glory, which will be a “big part” of the movie.

“We will see the Celestials in their full, true, enormous power in Eternals, yes,” said Feige.

Deviants are in the film. The Deviants in the comic book mythology were…extremely important plans of the Celestials…and we will see Deviants that look unlike anything we’ve seen in the comics. This is a new form of Deviants that we’ll see in the movie,” added Feige.

Marvel Studios’ The Eternals features an exciting new team of Super Heroes in the Marvel Cinematic Universe, ancient aliens who have been living on Earth in secret for thousands of years. Following the events of Avengers: Endgame, an unexpected tragedy forces them out of the shadows to reunite against mankind’s most ancient enemy, The Deviants.

The outstanding ensemble cast include Richard Madden as the all-powerful Ikaris, Gemma Chan as humankind-loving Sersi, Kumail Nanjiani as the cosmic-powered Kingo, Lauren Ridloff as the super-fast Makkari, Brian Tyree Henry as the intelligent inventor Phastos, Salma Hayak as the wise and spiritual leader Ajak, Lia McHugh as the eternally young, old-soul Sprite, Don Lee as the powerful Gilgamesh, Barry Keoghan as the aloof longer Druig, and Angelina Jolie as the fierce warrior Thena. Kit Harrington was cast as Dane Whitman.