Check out a cool look at an Eternals concept art poster for the movie featuring a look at the cast as well as a Celestial.

The art was posted by Gilgamesh actor Dong-seok Ma, aka Don Lee, on Instagram:

“Marvel Studios’ THE ETERNALS will be released in Feb 2021.
Sharing with you some photos from last year, from the set in London.
1. Gilgamesh’s trailer
2. Welcome letter from Marvel Studios
3. Gilgamesh’s chair
Thanks always for your support. Cheers! 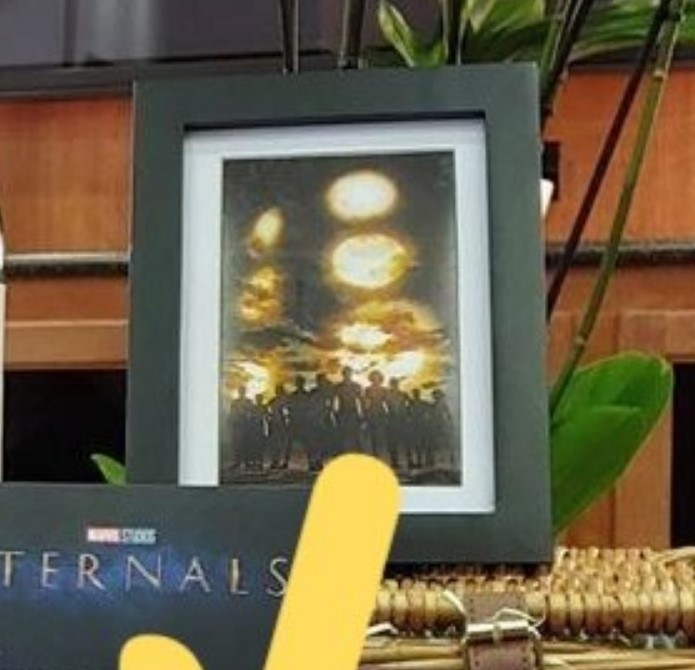 Marvel Studios’ The Eternals features an exciting new team of Super-Heroes in the Marvel Cinematic Universe, ancient aliens who have been living on Earth in secret for thousands of years. Following the events of Avengers: Endgame, an unexpected tragedy forces them out of the shadows to reunite against mankind’s most ancient enemy, The Deviants.

Eternals is still on track for its Feb. 12, 2021 release, though recently saw a Disney film analyst offer films could get further pushed back.