The Eternals box office estimates sound a bit too high as it’s said the flick may open to $75 million domestically, with another $60-75 million from overseas markets, which could see the worldwide gross around $150 million.

Deadline released a pair of shill articles about the Eternals box office where the articles are almost too much to stomach as they come off massively in favor of Marvel and the flick (like, laughably).

One article includes the title that Eternals is “Fandango’s 2nd Best Preseller Of The Year” but while true, that doesn’t necessarily mean the numbers are any good as presale numbers for Fandango are probably really low, and not due to the pandemic or no one going to movie theaters, but because of the fact that most of the movies released this year haven’t been any good.

I also checked my local theaters on the Fandango app and a majority of the showings have sold little tickets. For example, a primetime Friday 8 pm screening has sold only six tickets. That’s Fandango’s second-best presale of the year? Yeah, sure. 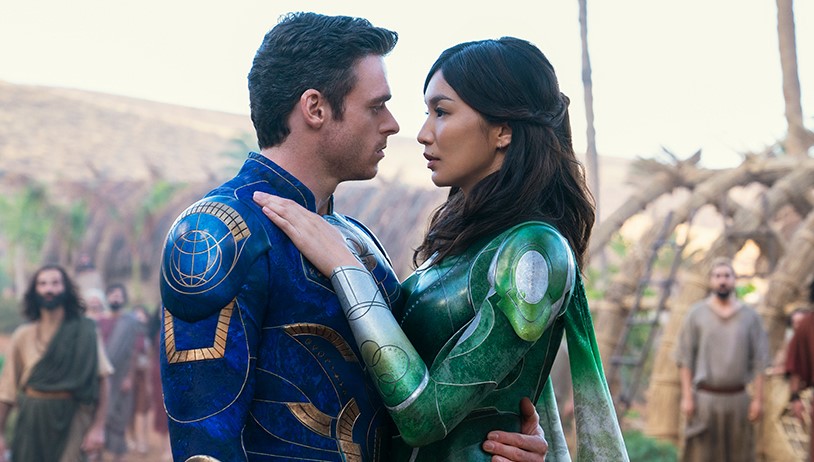 Eternals could have one of the lowest box offices for Marvel

The second article from Deadline about the worldwide box office includes mention that Eternals has the second-best opening day in Korea during the pandemic with it said Eternals brought in $2.6 million. Wow? A whole 2.6 million? Again, it sounds like a good headline, but the numbers are really low.

It’s also mentioned that Eternals is tracking better at the box office than Shang-Chi, which again is nothing to write home about as Shang-Chi hasn’t even made $500 million and has a cast that is unknown compared to Eternals.

And comparisons to Black Widow are also laughable as Black Widow has not even hit $400 million in theaters.