Ahead of next week’s DC FanDome event, the Dwayne Johnson Black Adam suit has leaked online along with the Aldis Hodge Hawkman helmet and armor.

Images have surfaced on social media where Dwayne Johnson’s Black Adam suit can be seen which is grey and has a yellow lightning bolt symbol on the chest. More than likely, a bit of CGI will be added in post-production for the various special effects of the suit.

The Hawkman helmet and armor are gold which looks pretty cool as well.

Regarding DC FanDome, it kicks off Saturday, October 16 at 10 a.m. PDT and is confirmed to feature Black Adam:

Also check out a cool piece of fan art below based on the Black Adam design.

Black Adam has a July 29, 2022 release date directed by Jaume Collet-Serra and also stars Noah Centineo as Atom Smasher, Quintessa Swindell as Cyclone, with Sarah Shahi said to be playing the female lead, Adrianna Tomaz / Isis, a university professor and freedom fighter leading the resistance in the DC fictional nation of Kahndaq, with Pierce Brosnan as Doctor Fate.

Update: WB asked us to take down the images. 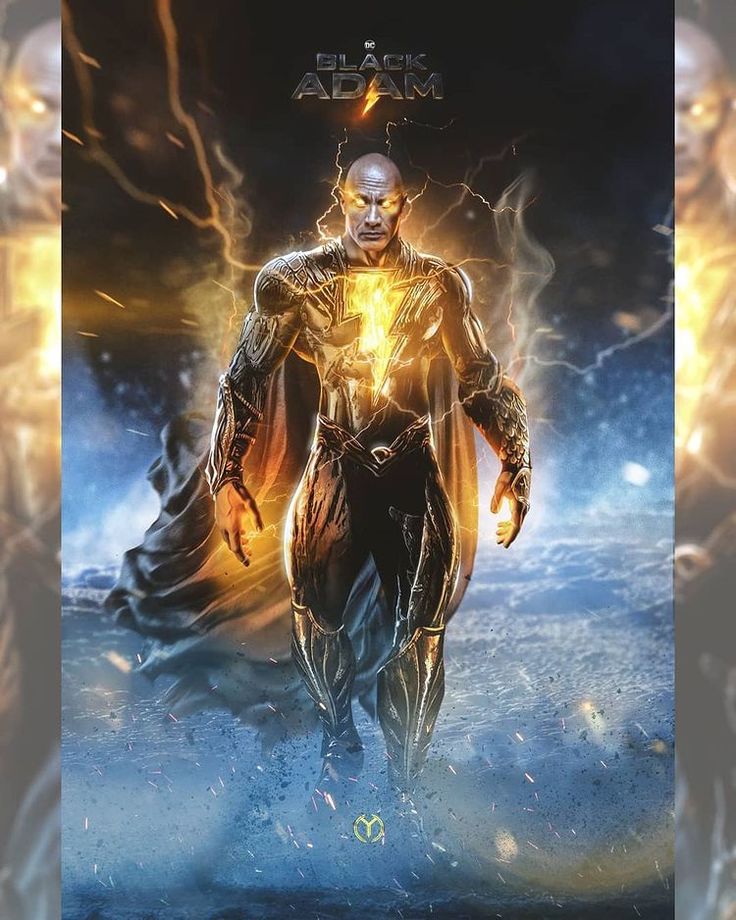