WB announces the lineup for the upcoming DC FanDome 2021 online convention which includes The Batman, Black Adam, Aquaman 2, The Flash, Shazam! 2 and more.

The full details can be found below in the official information.

Here is the launch trailer:

WELCOME BACK TO DC FANDOME!

Go to DCFanDome.com to Watch Live and Learn More

BURBANK, Calif. (August 31, 2021) — Get ready to suit up! DC FanDome, the ultimate global fan experience, will return on Saturday, October 16 at 10 a.m. PDT, with an all-new, epic streaming event. The free virtual event will once again welcome fans from around the world to immerse themselves in the DC Multiverse at DCFanDome.com and celebrate the stars and creators of their favorite feature films, live-action and animated television series, games, comics, home entertainment releases, and more. DC FanDome 2021 will also be available on Twitch, YouTube, Facebook and Twitter, giving fans more ways to watch the events unfolding in DC FanDome’s Hall of Heroes. Additionally, DC Kids FanDome will launch the same day with a special kid-friendly experience accessed separately at DCKidsFanDome.com.

Ann Sarnoff, Chair and Chief Executive Officer, WarnerMedia Studios and Networks Group, said: “DC FanDome 2020 was a first-of-its kind global virtual fan experience and showcased every aspect of the DC Universe with unprecedented scale and access. This year, we’re taking everything that people loved about DC FanDome and supercharging it to super-serve fans with even more exclusive first-looks, breaking news, in-depth interviews and insight from the stars and creative teams of their favorite DC content.” 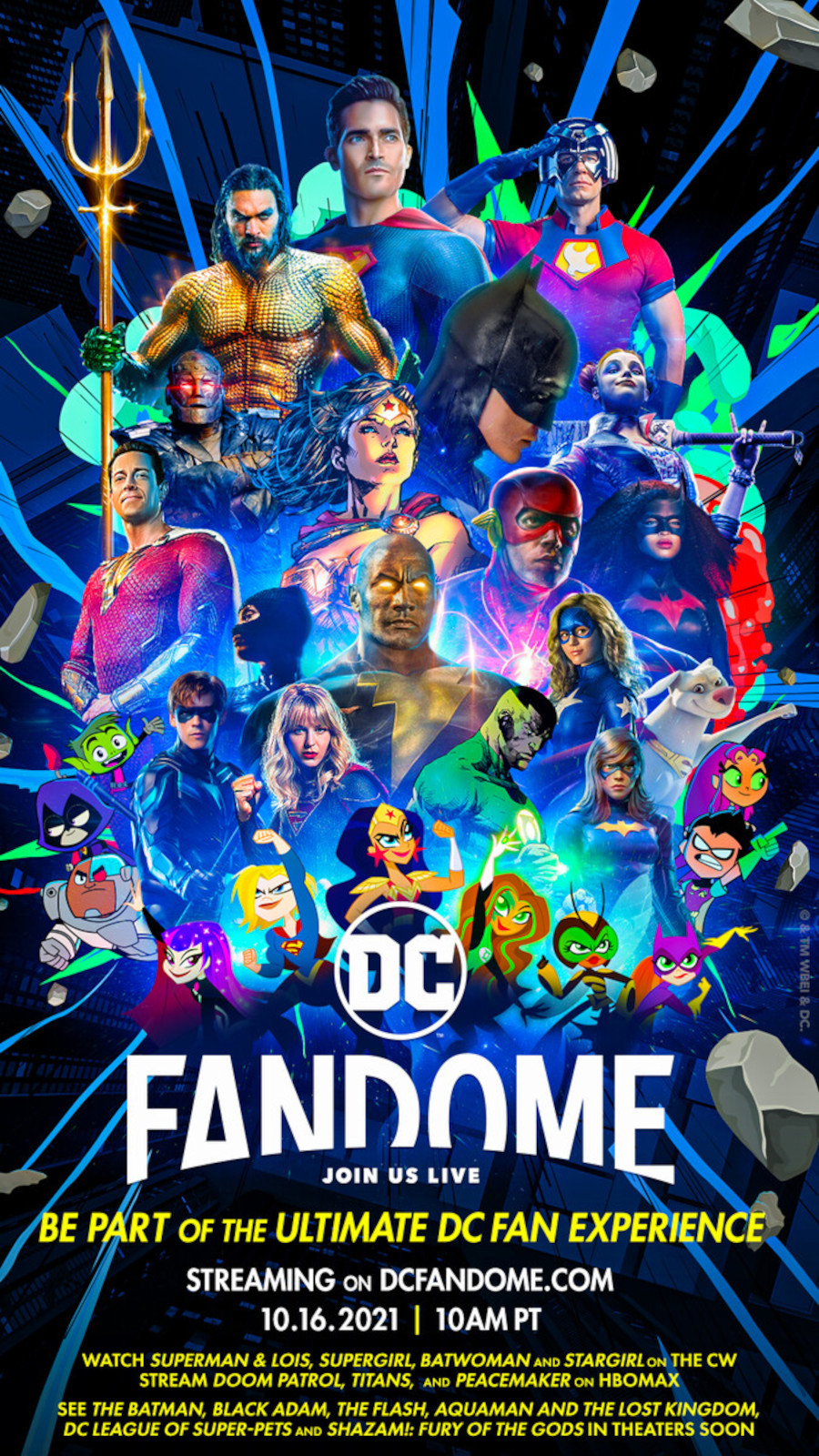 DC FanDome Around The Globe

All DC FanDome programming will be captioned in multiple languages, including Arabic, Brazilian Portuguese, Chinese, English, French, German, Italian, Japanese, Korean, Polish, Russian, and Spanish. And DC FanDome will again be completely free to all fans worldwide. Adding to the worldwide DC FanDome experience, fans in China will be able to enjoy the global content plus a variety of exclusive and engaging local DC content.

Once again, DC FanDome is going to be a family affair, serving the youngest DC fans with their own special experience in the DC Kids FanDome. Kids and their parents around the world can explore the DC Multiverse alongside their favorite DC Super Heroes, catch sneak peeks of upcoming DC animated adventures like Batwheels, DC Super Hero Girls and Teen Titans Go!, and immerse themselves in at-home digital activities all in a safe, kid-friendly environment at DCKidsFanDome.com.

In addition to joining the DC FanDome at the main DCFanDome.com destination, fans will be able to watch the event via Twitch, YouTube, Facebook and Twitter. DC FanDome will be fully accessible on phones, tablets, laptops, or desktops, allowing fans to take DC FanDome with them wherever they are. For all the latest scoop on DC FanDome, please be sure to visit DCFanDome.com regularly for news and updates. By registering at DCFanDome.com (it’s free!), you’ll get DC FanDome news directly in your inbox and gain access to members-only exclusives. And please follow the #DCFanDome hashtag on social media and the DC social channels on Facebook, Instagram, and Twitter.

Beginning today and running through the end of October, Warner Bros. Consumer Products will launch the DC FanDome Shop in the U.S. with additional territories around the world to follow, allowing fans from across the globe to stock up on DC FanDome apparel, accessories, collectibles and more. Featuring exclusive, only-available-here DC Comics merchandise, the DC FanDome Shop will drop new items every week leading up to the main event on October 16.

WarnerMedia Ad Sales has recruited a Legion of Brand Super Heroes to join the action at DC FanDome 2021. Ally and Unilever have come on-board as official sponsors and brand collaborators. With Ally’s commitment to The Milestone Initiative and Unilever’s support of Believe in Wonder, these franchise-first partnerships will allow each brand to align with DC’s IP to drive impactful change across the advertising and entertainment industries, as well as fans worldwide.

Leading up to DC FanDome and the event day itself, DC UNIVERSE INFINITE will be releasing more than 300 comics and graphic novels available to read for FREE with registration. New titles will be available each week, starting with the complete storyline of “Flashpoint”, fan-favorite series “Injustice: Gods Among Us Vol. 1” and, available for the first time on DC UNIVERSE INFINITE, “The Sandman Vol. 1: Preludes and Nocturnes”!

DC FanDome 2020 was the first-of-its kind global virtual fan experience and brought together the largest gathering of talent, announcements and content reveals in DC history. DC FanDome: Hall of Heroes and DC FanDome: Explore the Multiverse supercharged the worldwide fanbase, generating over 22 million global views across 220 countries and territories with more than 150 million views of trailer content.