The Doctor Who ratings continue to drop for Season 13 as episode 2, “War of the Sontarans,” sees a ten percent decline from the premiere last week.

Season 12’s “Ascension of the Cybermen” is the lowest-rated Doctor Who episode with 3.71 million viewers.

Both Chris Chibnall and Jodie Whittaker have been announced to be leaving the series as fan-favorite showrunner Russell T Davies is returning to Doctor Who in 2023 for its 60th Anniversary.

“I’m beyond excited to be back on my favorite show,” Davies told the BBC in September. “…But we’re time-traveling too fast, there’s a whole series of Jodie Whittaker’s brilliant Doctor for me to enjoy, with my friend and hero Chris Chibnall at the helm – I’m still a viewer for now.”

Chibnall also said, “It’s monumentally exciting and fitting that Doctor Who’s 60th anniversary will see one of Britain’s screenwriting diamonds return home. Russell built the baton that is about to be handed back to him – Doctor Who, the BBC, the screen industry in Wales, and let’s be honest everyone in the whole world, have so many reasons to be very excited indeed about what lies ahead.” 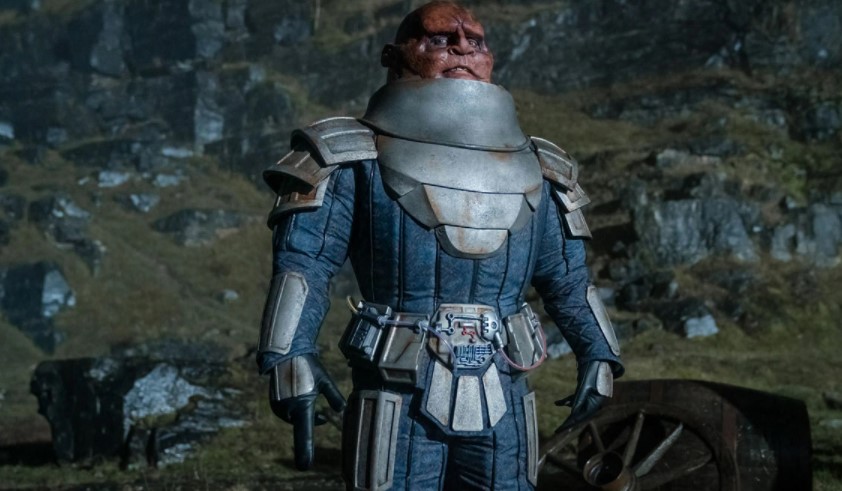 Doctor Who Flux: First two episodes have been good

Regarding the episode, “War of the Sontarans,” similar to the premiere, it was another action-packed fast-paced episode, and now, there are only four episodes left in Season 13, so expect more of the same for the remainder of the season.

And guess what? I happened to like both episodes a lot. Sure, they aren’t perfect, but they are light years further ahead than anything from the two previous seasons, and for the most part, gone is the woke content. Just imagine if instead of trying to promote the woke agenda in the past couple of seasons (anti-Trump garbage, etc.) if Chibnall would have concentrated on quality story. Maybe he and Whittaker would still be around.

A couple of thoughts about the episode: I’ve read some comments where fans weren’t too happy the Sontarans, who are supposed to be this big military might, didn’t come across as all that, but my response would be they came face to face with The Doctor.

Some fans have also remarked about the villains and similarities to Thanos and The Snap, but I don’t really have a problem with that; I actually thought Swarm reminded me of Skeletor with the purple-colored skull. The Loki TV series reminded me of Doctor Who, so I think it works both ways. Other fans have also compared the villains to Zod, Ursa, and Nod from the Superman flicks, and I’m fine with that, too.

With only four episodes left, I’m curious to see how Chibnall wraps things up: Will he go out with a bang or a whimper? 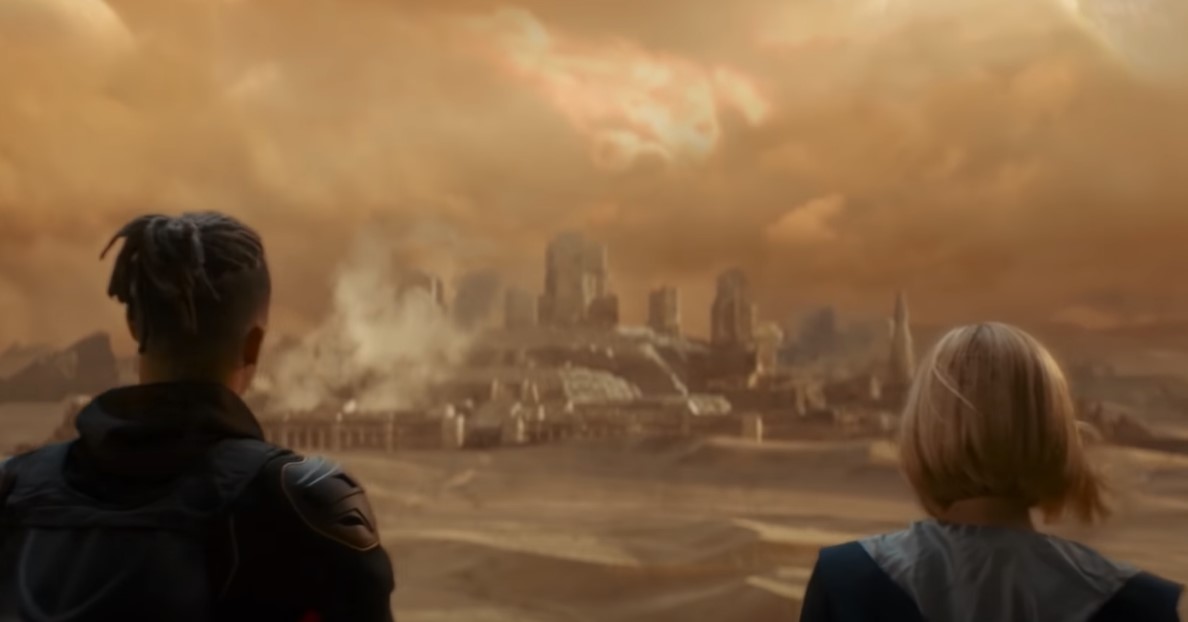 Doctor Who The Flux Episode 3, “Once, Upon Time” preview:

“SPOILER WARNING! Here’s your first look at what’s happening next time in ‘Once, Upon Time’.”