Footage in the movie is causing an uproar in China which has seen its citizens do a frame-by-frame analysis of the scene in question.

Just as I said last week, now the trades are playing catch up as it is reported Doctor Strange in the Multiverse of Madness will likely not get a release in China, which means the Marvel flick will lose out on millions of dollars.

Update: A Twitter user from China who covers the box office says Doctor Strange In The Multiverse Of Madness is banned:

Deadline reports that following local online backlash in China regards to a scene where a newspaper kiosk bears the Chinese characters for The Epoch Times, an international multi-language newspaper and media company that opposes the Chinese Communist Party, Doctor Strange in the Multiverse of Madness will probably not get released in China.

It is noted the flick has been submitted to the Chinese authorities for review, and that a release has not yet been nixed or approved, so there is still a chance for a China release date, but again, it's said the local Chinese citizens have been doing a frame-by-frame analysis of the scene in question that is causing an uproar. 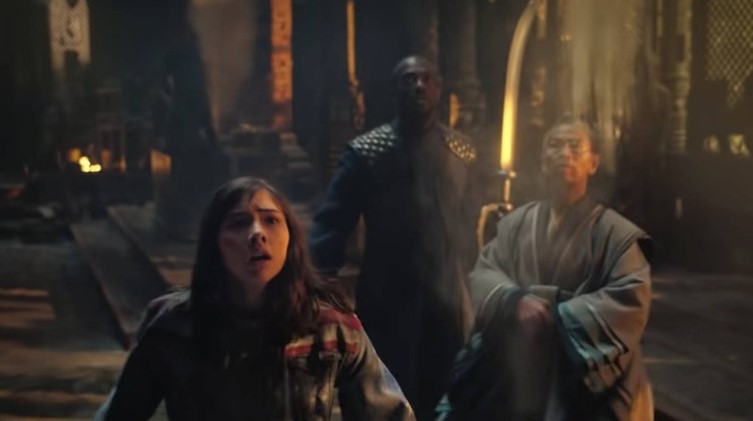 From a business perspective, Marvel could have easily cut the footage, as the newspaper kiosk sounds like it flashes on the screen for a second, and the America Chavez gay footage is said to make up a whole 12-seconds of footage in the movie, but we see Kevin Feige wanted to keep the footage in to send a message.

China has also not approved releases for Marvel's latest films that include Eternals, Shang-Chi, and Black Widow, as well as Sony's Spider-Man: No Way Home. At one time Hollywood would specifically cater to China in order to get their movies released in the Middle Kingdom, but China as of late has been putting its foot down in regards to how it feels it is being treated by various actors, directors, creatives in Hollywood, etc.

Marvel's Infinity War and Avengers: Endgame did huge numbers in China, so again, Disney and Marvel are leaving hundreds of millions on the table.

Regarding the box office predictions for Doctor Strange in the Multiverse of Madness, even without China, they look to be fine as estimates offer around a $200 million opening and that is just domestically.