Marvel Producer Richie Palmer tackles the question of the Illuminati and Patrick Stewart are in the film.

It's been rumored that the Marvel version of the Illuminati will be appearing in Doctor Strange 2, which the recent trailer featuring the voice of Patrick Stewart seemed to confirm; however, the secret society of superheroes is in doubt for the film.

The latest issue of Empire Magazine has a featured article on Doctor Strange in the Multiverse of Madness which touches upon the rumors surrounding the film where Marvel producer Richie Palmer seems to be hinting the Illuminati are not in the movie which are rumored to be made up of actors that were once up for various Marvel roles:

Scuttlebutt on the street is that the Illuminati in this film may well include Mordo ("We're in contentious dynamics, is the simplest way of putting it," says Ejiofor of this Mordo's relationship with Strange), introduce John Krasinski as Richards, and cram in a cameo from, of all people, Tom Cruise as an alt-Tony Stark (if so, it's the deepest of cuts; Cruise was once attached to the role long before Robert Downey Jr grew a goatee in earnest).

Richie Palmer laughs, searching carefully for what he can say. "As you saw in Spider-man: No Way Home, some rumors ended up being true, some did not," he says. "I would love to see Tony again, but some rumors are just rumors. I will say that I love the Illuminati. But if we ever introduce the Illuminati in the future, it might be more MCU-driven and have some more ties to our characters in the MCU, versus just replicating what's in the comics." 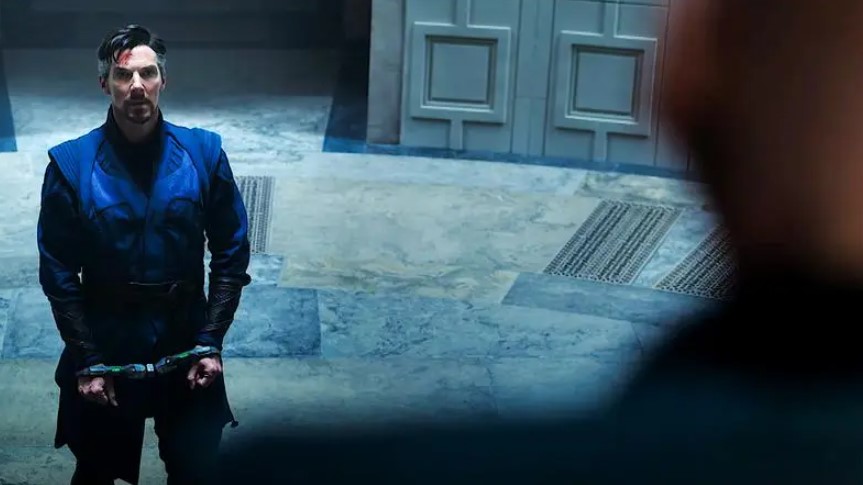 Patrick Stewart could be a variant in Doctor Strange 2

Palmer also touched upon Patrick Stewart from the trailer.

"I'll quote the first X-Men movie and say, 'Are you sure you saw what you saw?" laughs Palmer. "There are infinite versions of these characters, and just because you may have heard something familiar doesn't mean it's someone you have seen before." Stewart has since confirmed that it is him in the trailer, so perhaps this is an alternate Xavier. Familiar, but unfamiliar.

Benedict Cumberbatch also added that Doctor Strange in the Multiverse of Madness is going to be a big movie, with the article suggesting it could feature appearances by Tom Hiddleston as Loki and the good friend of director Sam Raimi, Bruce Campbell (Campell has confirmed he is in the flick).

"There's a lot going on in it," teases Cumberbatch. "It's a big movie. It's going to be an absolute riot. And if it brings off the level of ambition it's got, we're going to have success on the level of Spidey. There you go, I'll put my flag in the sand."

Doctor Strange in the Multiverse of Madness has a May 6, 2022 release date.