Following in the footsteps of Black Widow bombing at the box office, now Disney has decided to release Jungle Cruise early digitally as well.

Disney has announced Jungle Cruise, starring Dwayne Johnson and Emily Blunt, will be released digitally on Aug. 31 after only being in theaters for 30 days, where Disney did the same for Black Widow amid its disastrous box office.

Jungle Cruise currently has a near $155 million box office with another $30 million from its Disney Plus opening.

Regarding Black Widow, the Marvel flick only has a near $368 million box office, the lowest of any Marvel movie, with another $60 million from Disney Plus.

Scarlett Johanson has since decided to sue Disney over releasing Black Widow on Disney Plus instead of exclusively in theaters, and while there have been rumors that Emily Blunt would do the same, that seems doubtful as she recently signed on to star with The Rock again in a movie for Amazon through Johnson's production company. The same has been said about Emma Stone, but Disney signed her for a sequel to Cruella, so Stone won't be suing Disney anytime soon as well.

Check out the Jungle Cruise digital and Blu-Ray release details below.

Experience the Adventure in a New Way With Expedition Mode! Plus, 11 Deleted Scenes, Bloopers and More …

Seeking an ancient tree with healing abilities, Dr. Lily Houghton and wisecracking skipper Frank Wolff team up for the adventure of a lifetime on Disney’s Jungle Cruise, a rollicking ride down the Amazon. Amidst danger and supernatural forces lurking in the jungle, secrets of the lost tree unfold as their fate – and mankind’s – hangs in the balance. 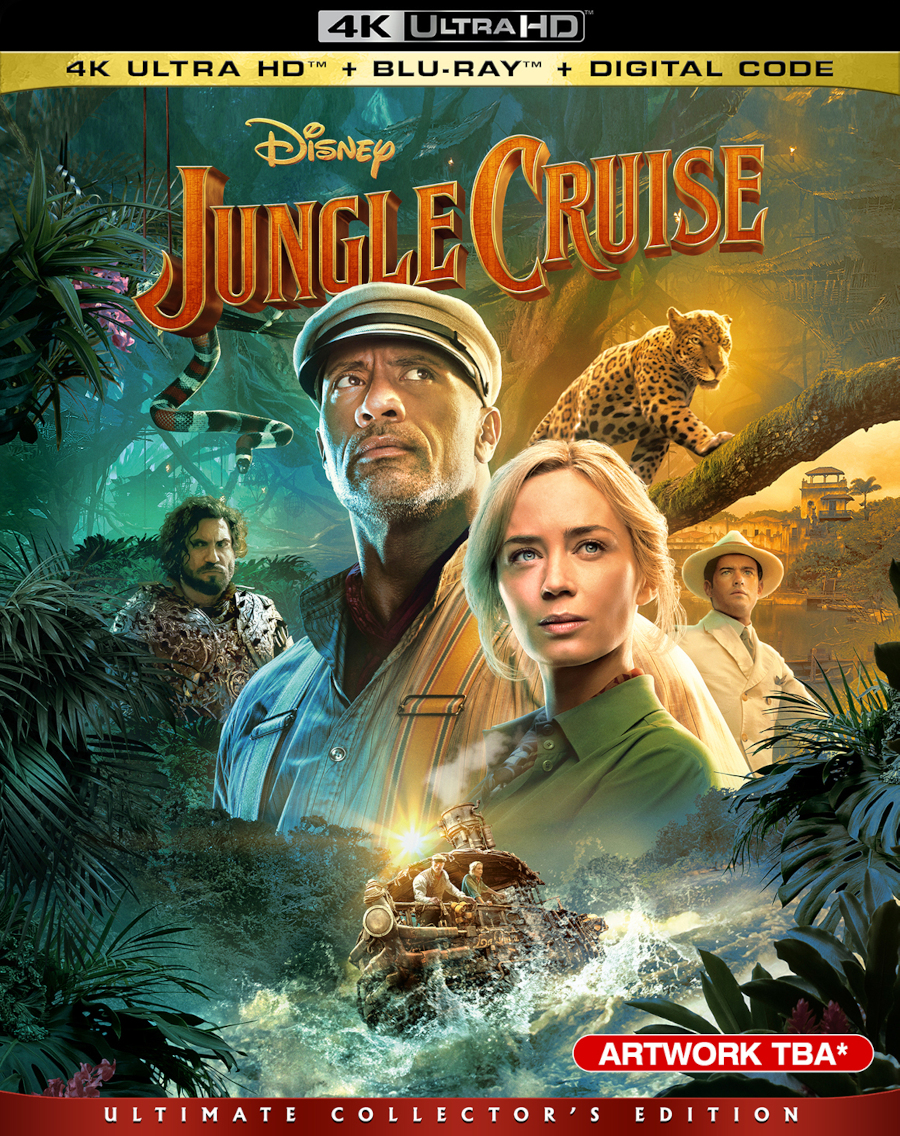