Last week saw Darkseid trending on Twitter as fans debated who would win between the DC villain and the Great Titan, Thanos.

So I asked the fans on the Cosmic Book News Facebook page what they thought, with Darkseid coming out on top.

With over 5000 votes cast, fans overwhelmingly chose Darkseid with 60% of the vote to Thanos' 40%.

One commenter made mention that while Thanos needs the Infinity Stones (Gems in the comics) and Infinity Gauntlet to achieve godhood, Darkseid is already that of a god.

Our latest poll asks: Who wins in an MCU fight between Hulk vs Wolverine! 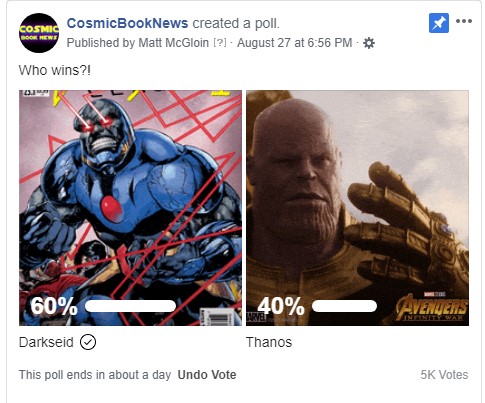 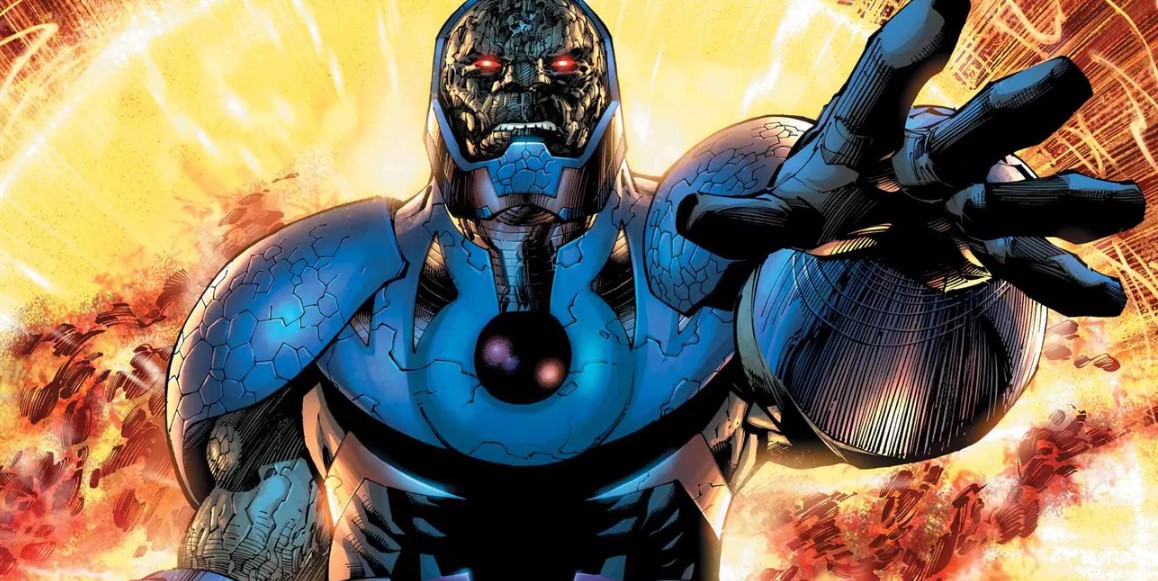 I love Marvel but Darkseid wins. Jack Kirby made best characters for both companies. - Michael Mimay

Obviously Darkseid. Only Jack Kirby knew how powerful he was during the 70s. The true Darkseid is Multiversal. - Jessie Knight

If anyone actually reads comics & has a mind. You pick Darkseid. - Kris Diahann

Darkseid no question, even with Infinity Stones Thanos, although Thanos with the Heart of the Universe would be an interesting thing. - William Christian Garcia

Darkseid, as his powers aren't restricted to one universe. Darkseid is strong and fast enough to keep up. - George Alexander

All im seeing is Thanos with stones but you guys do know even with the stones he cant make darkseid disappear and Thanos has to have a gauntlet to become a god as to where Darkseid is one on his own.Darkseid hands down. - Juqale Reese

Slaughter in Darkseid favor. This is not even close to an actual fight. Darkseid would completely rag doll Thanos all over the cosmos. Don't get me started with the ANTI -LIFE EQUATION. - Joshua M Childs 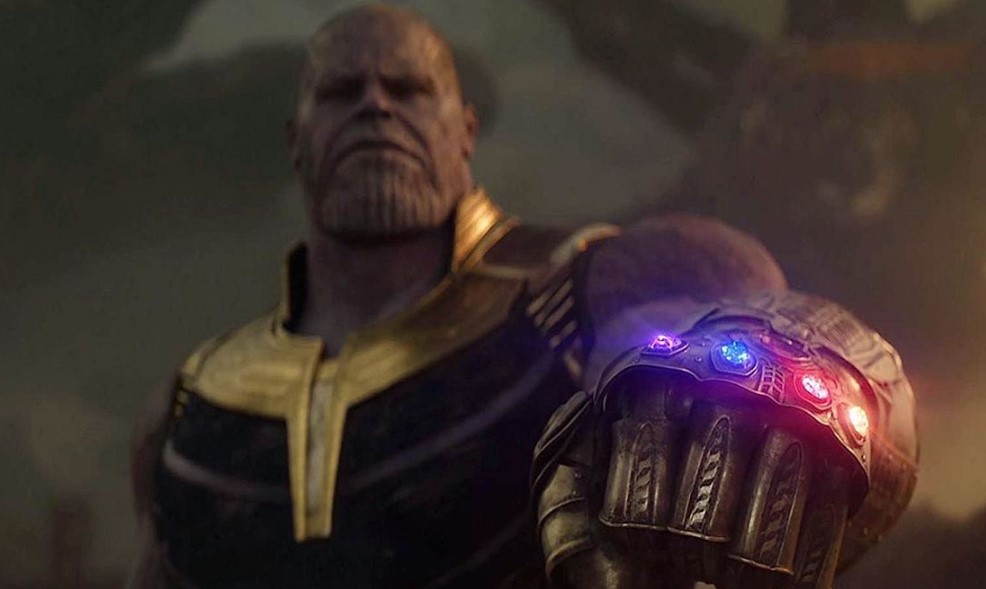 I dunno... I kinda' like the way that Thanos is constantly obtaining unfathomable amounts of cosmic-power: The Cube, The Gauntlet, The Heart-of-the-Universe (just off the top of my head...) The guy KNOWS how to power-up is what I'm trying to say! - Tracer Anthony

DC fan girls coming out of the woodwork. DCEU Darkseid doesn't exist, so MCU Thanos obviously wins by default. However, Marvel comics Thanos (without the Infinity Gauntlet) would still beat the breaks off DC Comics Darkseid. Don't get the films mixed up. Comics Thanos has death as his mate, you can't kill him. Pointless Poll. - Willie A. Cordova III

In marvel's universe, thanos wins, the infinity gauntlet doesn't work outside of the marvel universe, in DC universe The winner is darkseid. This is a fair fight depending on the area of battle. - William Johnson

What if thanos used time stone to when darkseid was created? - Aaron Sanders

This pole is BLASPHEMOUS!! How can Darksied possibly beat Thanos?? Never happen, even without the Infinity Gauntlet. Thanos is entirely two brilliant for him as would simply out chess match him. Darkseid would get angry and over compensate easily leaving himself vulnerable to Thanos’s genius. ANYONE who voted for Darkseid needs to be reported to the Facebook police for being stupid. These poll results also better improve or I will likely report this pole too!!!