Disney has announced plans for its various TV platforms at this month’s San Diego Comic-Con which includes 18 panels.

Check out the schedule below.

Marvel Studios will also be at the SDCC with a yet-to-be-announced lineup.

“We’ll be at Comic-Con next month, which we’re excited about,” Marvel Studios president Kevin Feige said while doing press for this week’s release of Thor: Love and Thunder. “First time since we were on stage there three years ago talking about this movie and many others. And now, I think, almost, not everything but almost everything we discussed three years ago, that was released so we are excited to go and talk about the future.” 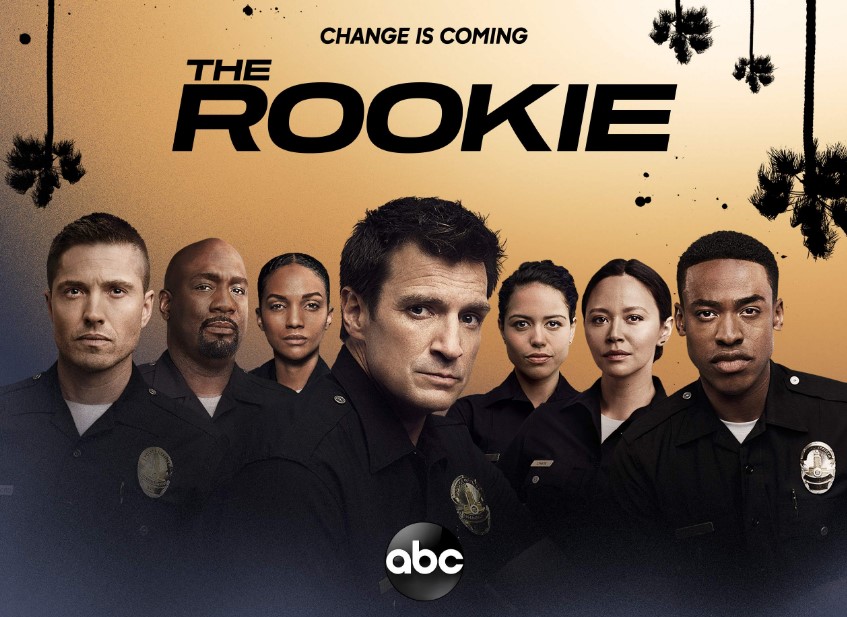 6:00-7:00 p.m. – “KOALA MAN” – G’day mates! A brand-new animated comedy from the creators of “Rick and Morty” and “Pokémon Detective Pikachu” coming to Hulu, “Koala Man” makes its triumphant debut at San Diego Comic Con with creator, EP, and the Koala himself Michael Cusack, and EPs Justin Roiland, Dan Hernandez, and Benji Samit. Learn everything about what the suburban Aussie superhero is all about as the team unveils exclusive footage, breaking news, and more! Room: 6BCF

7:15-8:15 p.m. – “SOLAR OPPOSITES” – “Solar Opposites” makes its triumphant return to San Diego Comic-Con! Join our panel for an out-of-this-world conversation with co-creators and EPs Justin Roiland and Mike McMahan and EP Josh Bycel who will discuss the newly released season three on Hulu and what the aliens are up to later this year, including exciting exclusive clips. Accompanied by cast members Thomas Middleditch, Sean Giambrone and Mary Mack, this Q&A and discussion is sure to be an otherworldly time. Room: 6BCF 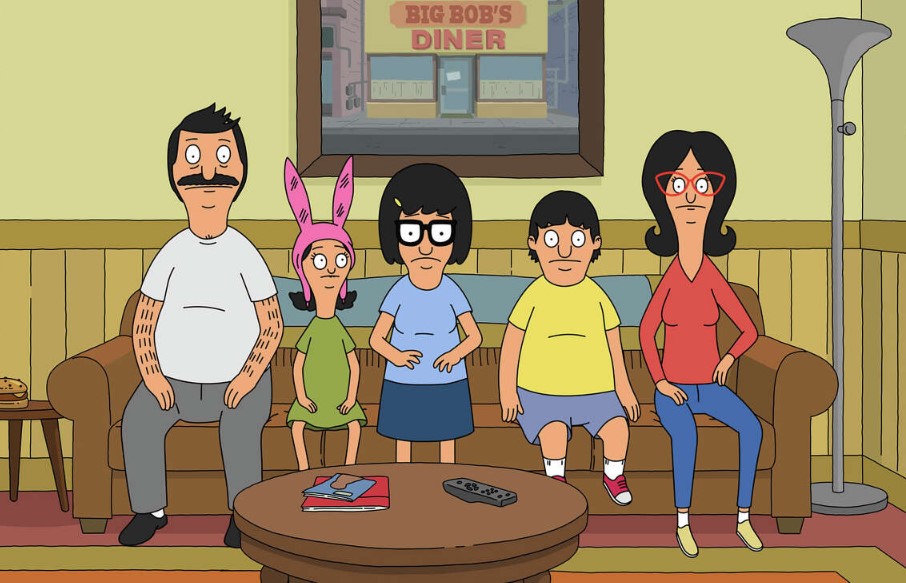 4:00-4:45 p.m. – FX’s “LITTLE DEMON”: Exclusive Pre-Series Premiere Sneak-Peek Screening and Q&A – It’s been long prophesized that a malevolent force would alter the universe for the rest of time, and you can get a front-row seat! Join FXX in celebrating its newest animated comedy, “Little Demon,” heading to the metaphysical realm of San Diego in advance of its August 25 series premiere. Thirteen years after being impregnated by Satan (Danny DeVito), reluctant mother Laura (Aubrey Plaza) and her Antichrist daughter, Chrissy (Lucy DeVito), attempt to live an ordinary life in Delaware but are constantly thwarted by monstrous forces, including Satan, who yearns for custody of his daughter’s soul. Join Danny DeVito, Aubrey Plaza and Lucy DeVito, plus creators Darcy Fowler, Seth Kirschner and Kieran Valla, and executive producer Dan Harmon for a not-to-be-missed exclusive screening, followed by an other-worldly Q&A moderated by TV Guide Magazine’s Damian Holbrook. Indigo Ballroom

5:00-6:00 p.m. – FX’s “ARCHER”: Exclusive Season 13 Screening and Q&A – “Archer,” the award-winning animated comedy series, returns to San Diego in celebration of its upcoming 13th season! This year, Archer and The Agency have been acquired by the spy conglomerate known as IIA and struggle to find their identity. Will they be able to maintain their independence, or will they succumb to their corporate overlords? Join us for a not-to-be-missed exclusive screening of the season 13 opener, followed by a spirited Q&A with H. Jon Benjamin, Aisha Tyler, Chris Parnell, Judy Greer, Amber Nash and Lucky Yates, plus executive producers Matt Thompson and Casey Willis. Indigo Ballroom 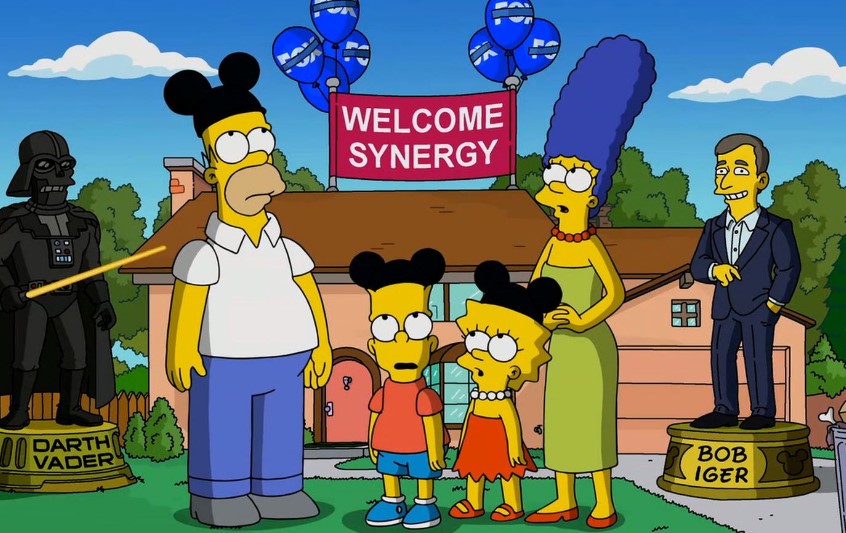 10:00-11:00 a.m. – “THE GHOST AND MOLLY MCGEE” – Join Creators/Executive Producers Bill Motz and Bob Roth and Executive Producer Steve Loter for a joyful celebration of this Disney Channel original series. Cast and crew will talk about their favorite moments, songs, and behind-the-scenes stories from season one, along with some fan surprises and hints at what’s to come in season two! The panel will be moderated by Doug Bensimon, executive director, Current Series, Disney Television Animation. Room 6A

11:30-12:15 p.m. – “THE SIMPSONS” – Join “The Simpsons” writers, animators — and special guest moderator, “Gravity Falls” creator and “The Simpsons” superfan Alex Hirsch — as they reveal the adventures planned for “The Simpsons” in season 34 and beyond! Take a sneak peek at Treehouse of Horror XXXIII — and the never-before-attempted bonus Halloween episode! That’s right — TWO HALLOWEENS IN 2022! Secrets will be revealed! Games will be played! And freebies — including original artwork — will be given away! Live in person for the first time since 2019! Come and be astounded at how we let ourselves go! Ballroom 20

12:30-1:45 p.m. – “AMERICAN DAD!” and “FAMILY GUY” – It’s a Smith-family Funday with “Steve” (Scott Grimes), “Klaus” (Dee Bradley Baker) and “Jeff Fischer” (Jeff Fischer) plus executive producer & co-creator Matt Weitzman, executive producer Joe Chandler, co-executive producer Nicole Shabtai and moderated by “American Dad!” alum Jordan Blum who will treat “American Dad!” fans to a first look at scenes from all new episodes coming soon to TBS…plus a few other exciting announcements and surprises!
THEN
Join us for an exclusive, first look at “Family Guy’s” Season 21 premiere episode and watch the full episode months before the rest of the world! After, you will get special sneak peek at all of the hilarity and hi-jinks that will be coming next fall! Ballroom 20

6:45 – 7:45 p.m. – “HAMSTER & GRETEL” – Join the cast and creative team behind Disney Channel’s “Hamster & Gretel” as they present a first look at the hilarious new superhero series before it premieres. Renowned animation veteran and creator Dan Povenmire, co-creator of the hit series “Phineas and Ferb,” will be joined by co-producer and story editor Joanna Hausmann, and select cast members (to be announced), for a discussion about the world and the characters of this new music-filled animated series, moderated by actress and comedian Liza Koshy. Room 6A 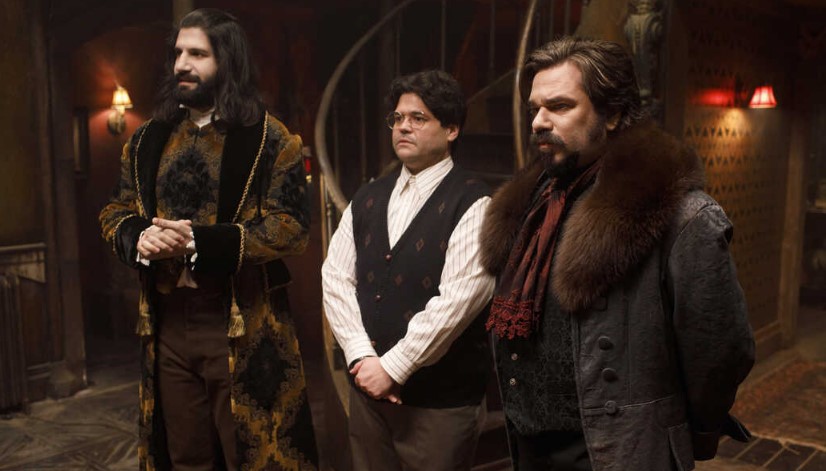 1:15-2:15 p.m. – FX’s “WHAT WE DO IN THE SHADOWS” brings the World’s Greatest Vampire Nightclub to San Diego! Mix it up with the hottest vampires (and their familiar) to come out of Staten Island in hundreds and hundreds of years! Join special guests Kayvan Novak (Nandor), Matt Berry (Laszlo), Natasia Demetriou (Nadja), Harvey Guillén (Guillermo), Mark Proksch (Colin Robinson) and Kristen Schaal (The Guide) as well as Paul Simms (EP/writer), Stefani Robinson (EP/writer), Yana Gorskaya (co-EP/director/editor) and Kyle Newacheck (co-EP/director) for a spirited conversation and be among the first humans to set eyes on a brand-new episode. Do not miss this electrifying event! “What We Do in the Shadows” airs Tuesdays at 10 p.m. EDT/PDT on FX, streaming the next day on Hulu. BAAAaaaaat! Hall H