No Oscar For Chadwick Boseman; Joaquin Phoenix Steals The Show

The 93rd annual Academy Awards took place tonight where Twitter is ablaze that Chadwick Boseman didn't win an award, and Joaquin Phoenix happened to steal the show at the end.

Regarding Chadwick Boseman, known for playing Marvel's Black Panther, the actor died last year of cancer and was up for Best Actor for Ma Rainey’s Black Bottom, but the award went to Anthony Hopkins for The Father.

Some fans have commented on Twitter they thought Chadwick Boseman should have won the award or at the least, that the Academy should have given Boseman a post-humous Academy Award to celebrate his career.

Regarding Joaquin Phoenix, the actor was featured last in the show where he announced the Best Actor award, and it was pretty funny, as apparently he was supposed to talk about acting and when as an actor he realized when he embodied the character, but Phoenix said he said he didn't know anything about that, announced the winner and the show ended.

Joaquin Phoenix at the Oscars:

And Marvel zombie fans have also pointed out that Eternals director Chloé Zhao has won the Best Director award for Nomadland (pictured below), which means an Oscar-award-winning director has directed Eternals. 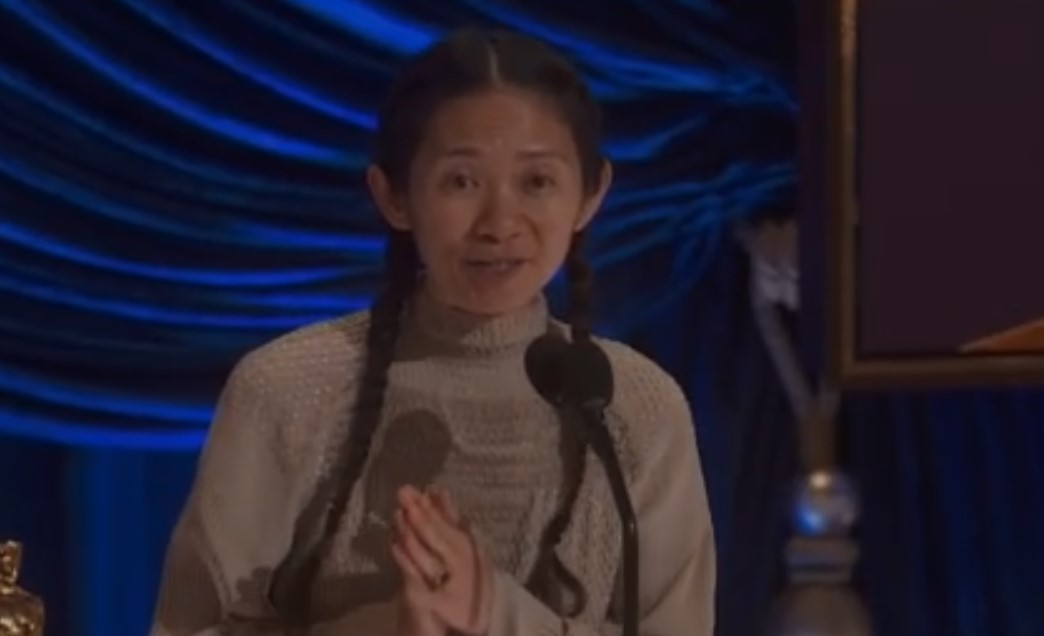 Best Documentary Short Subject
WINNER: Colette
A Concerto Is a Conversation
Do Not Split
Hunger Ward
A Love Song for Latasha

Best Original Song
WINNER: "Fight for You," Judas and the Black Messiah
"Hear My Voice," The Trial of the Chicago 7
"Husavik," Eurovision Song Contest: The Story of Fire Saga
"Io Si (Seen)," The Life Ahead"
Speak Now," One Night in Miami