Captain Marvel featured two post-credit scenes, but it is revealed there were plans for an alternate version featuring Jude Law as Yon-Rogg connecting to Thor: Ragnarok.

Co-director Ryan fleck reveals that at the end of the movie when Carol Danvers jettisoned Yon-Rogg away from Earth, Yon-Rogg would have ended up on the planet Sakaar, which would have been before Thor landed there, as Captain Marvel is set in the ’90s.

“There was an idea on the table about having Jude Law […] emerge from his pod on Sakaar,” Fleck laughs as he tells Empire, which references the junk planet that Thor and Hulk are stranded on in Thor: Ragnarok. “And then have him look around and see the Devil’s Anus behind him and wonder, ‘Where the hell am I?'”

In Thor: Ragnarok, Bruce Banner describes the Devil’s Anus wormhole (pictured below) as: “That looks like a collapsing neutron star inside of an Einstein-Rosen bridge!”

Head on over here for an explanation of the Captain Marvel post-credit scenes. 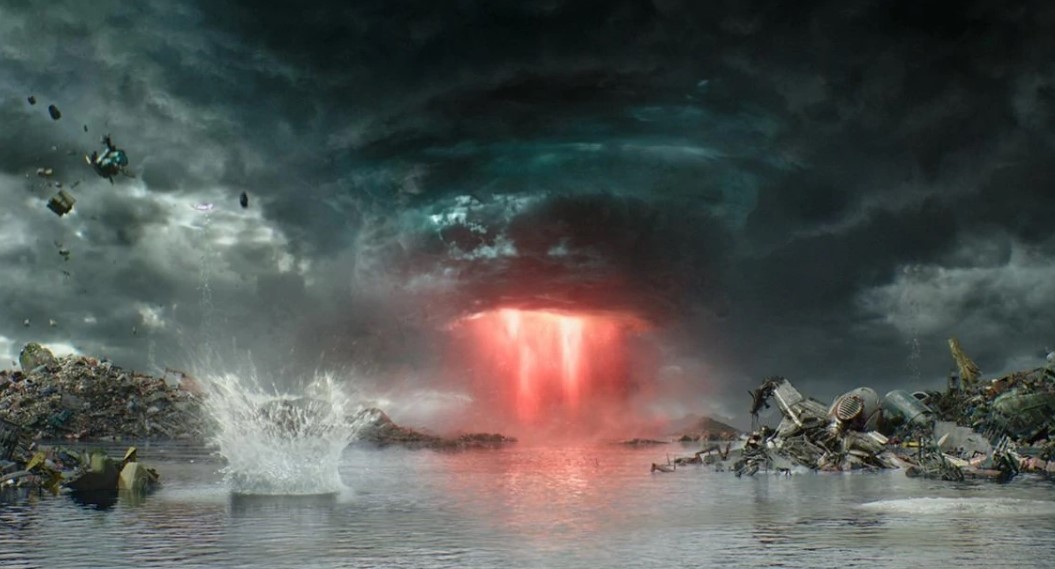