Tonight saw the debut of the Captain Marvel movie with buzz, of course, surrounding the two post-credit scenes, one of which ties into The Avengers: Endgame, and the other which features Goose the cat and the Tesseract. 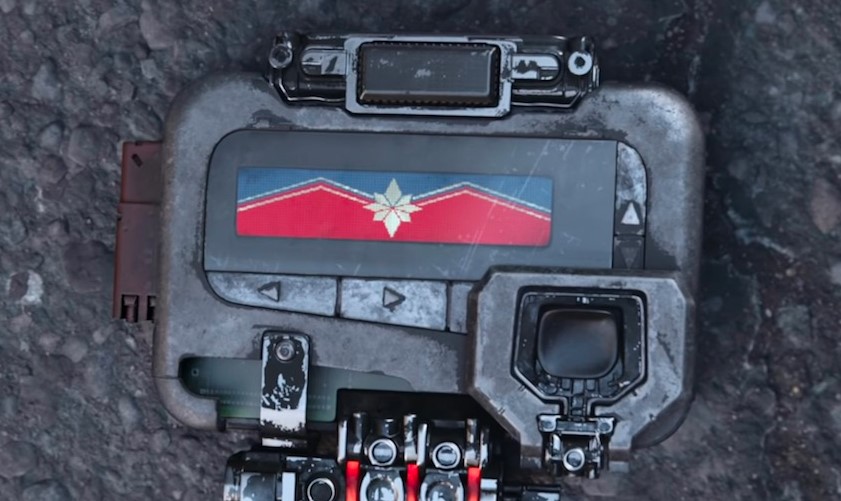 The post-credit scene of The Avengers: Infinity War revealed that while Fury was turning to dust, he made a last call for help using a pager which revealed the Captain Marvel logo.

During Captain Marvel, Fury was shown using the pager. Carol Danvers then gives it an upgrade with Kree tech and tells him he should contact her if ever there is an emergency. She says the upgraded pager has the range of galaxies.

The Captain Marvel post-credit scene shows the pager at Avengers headquarters hooked up to some sort of machine; however, it had gone dead. Captain America is shown looking at a computer screen which shows the number of casualties from The Snap.

“This is a nightmare,” Cap says.

Rhodey then shows up and says, “Hey, that thing just stopped doing whatever the hell it was doing.”

“What do we got?” Widow asks Banner who says the signal has stopped.

Cap then says to give it a reboot, with Banner questioning that they don’t even know what this thing is. “Fury did,” Widow replies and says she wants to know who is on the other end of that thing. Widow turns around and there stands Brie Larson as Captain Marvel.

Obviously, the scene sets up Brie Larson and Captain Marvel in The Avengers: Endgame. Carol looks a bit different as her hair is longer (Larson filmed Endgame prior to Captain Marvel). We can also guess that Carol is well aware of the universal genocide and is particularly alarmed when the pager goes off, as this is the first time in 30 years she heard from Fury (Brie Larson confirmed Carol can’t time travel, and a book revealed getting augmented by Kree can slow aging). What is interesting is that Captain Marvel seems to appear out of thin air, possibly suggesting she now has teleportation powers. As Carol actually derives her powers from the Tesseract, the Space Infinity Stone, she probably now has the ability to teleport. 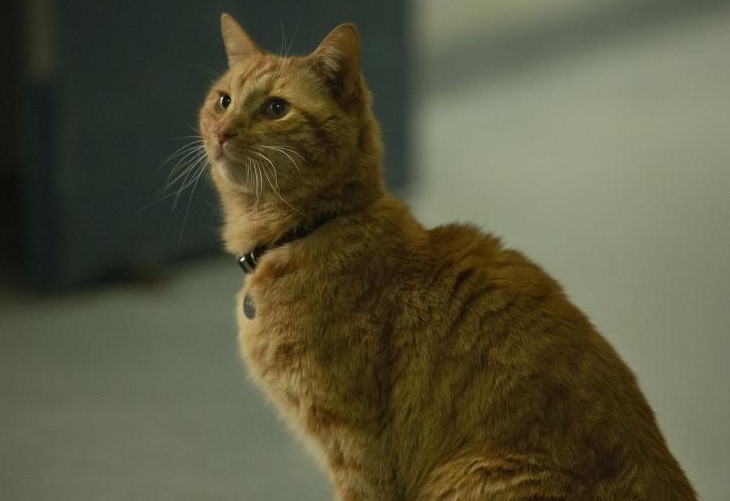 Captain Marvel’s origin and powers are revealed to be related to testing a light-speed engine that is fueled by the Tesseract, the Space Infinity Stone. During the scuffle with the Kree and the Skrulls, Goose the cat’s alien Flarken persona is revealed as the cat has these tentacles that come out of its mouth. The cat ends up swallowing the Infinity Stone, with no one realizing its importance.

The Captain Marvel post-credit scene shows Goose the cat on Nick Fury’s desk. As cats are known to do, Goose spits up the Tesseract like a hairball.

How this relates to MCU history is that in 1945 or so following the events of Captain America: The First Avenger (I believe this is correct) after experimenting with it, Howard Stark gives it back to SHIELD. In the 90s, Captain Marvel then sees Project Pegasus created to build a light-speed engine but it is shut down when Mar-vell (Lawson) dies, with the Tesseract then reclaimed by Fury and back with SHIELD. Fast forward to The Avengers movie and Project Pegasus is reopened with Selvig experimenting on a now active Tesseract, which sees Loki show up and steal it. Following the Battle of New York, Thor then takes it back with him to Asgard. Loki then takes it with him in Thor: Ragnarok, and then Thanos gets the Tesseract in Infinity War. What is interesting is that Captain Marvel is basically a living Tesseract Space Infinity Stone, so things appear to be going full circle, though retconned, for The Avengers: Endgame. 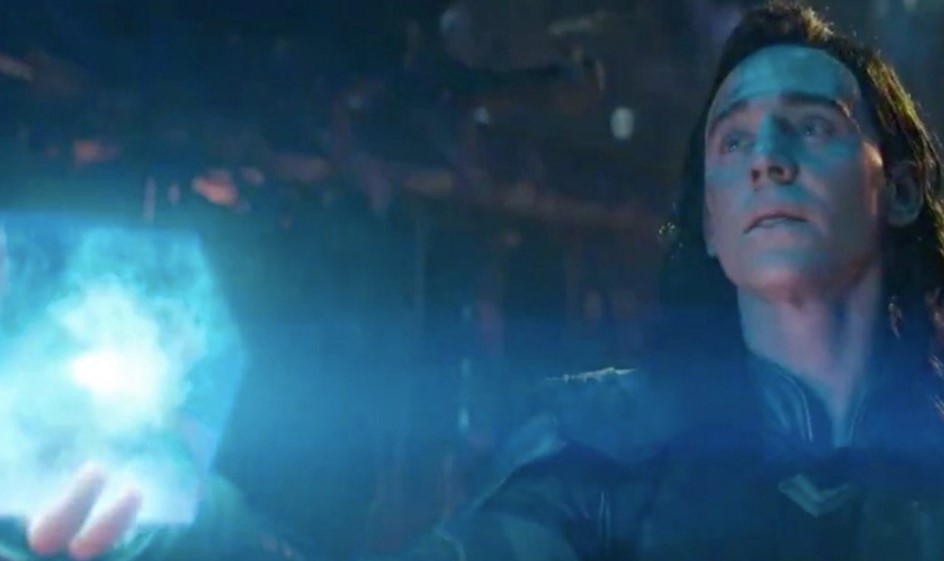