Bumblebee Has The Touch

Paramount Pictures gives the Transformers franchise one last breath of life with the new Travis Knight-directed Bumblebee movie, which is written by Christina Hodson, writer of the upcoming DC Batgirl movie.

Following movies such as Disney Star Wars, Bumblebee is another attempt by Hollywood to inject a female character into what has predominantly been male roles.

While Disney Star Wars failed miserably at it, Bumblebee did a good enough job as the movie makes no fuss about it that it is aimed at younger girls.

Yes, the movie was a bit over-the-top, cringy and downright corny at times (we can see you, Cena), and tried really hard to be a John Hughes Transformers film, but overall, I did enjoy it and thought it was a decent movie. The fact is, Bumblebee isn't aimed at me, a forty-year-old dad with two sons (they wouldn't go near this), it's aimed at younger girls who could relate to Charlie. It's probably a good father-daughter movie as well, as the theme is heavily present throughout.

What saved the movie for me - and I am guessing Travis Knight and Paramount knew this - was the inclusion of the G1 Transformers, which were friggin' awesome. If not for the promos featuring the G1 Transformers, I most likely would have skipped this. Watching the beginning and end of the movie is worth the ticket price alone. I can't wait to see the Cybertron movie, though now I wish it wasn't animated, but CGI (more info here). Speaking of, the special effects were really good -- better than Aquaman, Black Panther, etc. by far.

Plans are also in place for an Optimus Prime solo movie, which if Bumblee is any indication, it should come off as pretty awesome. Hodson also says she has ideas for a Bumblee sequel; so that could be interesting to see where she takes it (especially considering how the movie ended).

Before I get to spoilers below, I'll say if you are a Transformers fan, you'll probably be happy with this. 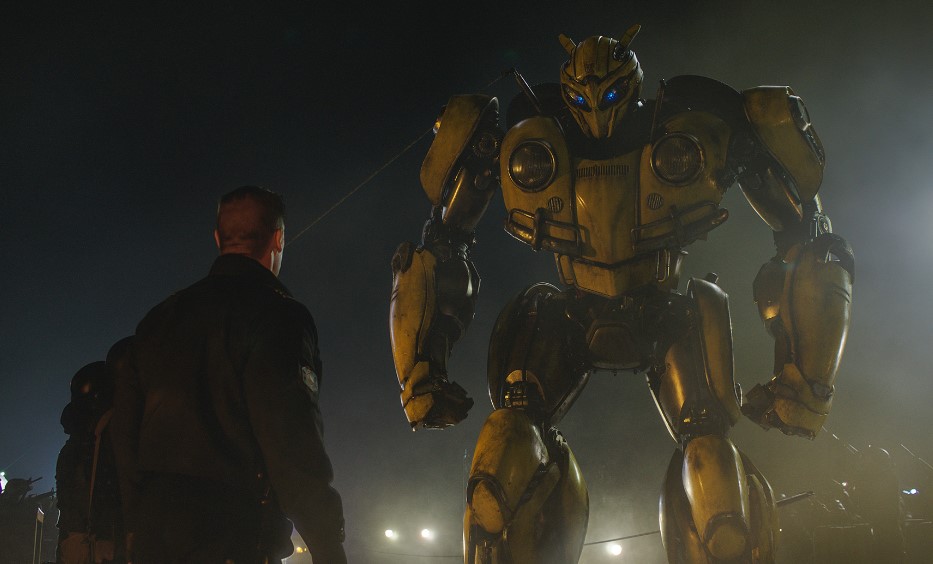 The start of the movie was amazing as it kicks off with the war on Cybertron! We get to see the first generation Transformers we all know and love from the original animated series. They are all there -- except for Megatron! What gives?! Oh, how I wanted to see the leader of the Decepticons with his huge arm cannon! Maybe they are saving that for the Optimus movie? One of my favorite Transformers happens to be Soundwave, and he didn't disappoint! The voice was spot on as well! All the Transformers were done really well. Super happy about that.

Super cool to finally hear Bumblebee speak! Maze Runner actor Dylan O'Brien did the part and sounded spot on. I was disappointed to learn while watching that Bee would lose his voice, and I knew it would get cringy from there (I was right). I've also always wondered why they never fixed his voice in any of the Transformers movies??

Speaking of cringe, the friendship between Charlie and Bumblebee was - Bruh - cringy! Bumblebee loses his memory and comes off as her pet dog. Bruh! There is even a scene where he busts through the dog door and destroys the house! Bruh! They hug and cry together! Bruh! Charlie drives with him to stop the two Decepticons. Bruh! She dives in at the end to save him (which you knew was coming) Bruh!!!

Again bear in mind this is geared toward 12-year-old girls or younger.

John Cena was okay in the movie. I think he has the potential to go on to become a big Hollywood star. Maybe comparable to Arnold given the right parts. His dialogue at times came off as cringy and corny. I like Cena, so I was happy he was a part of the movie. His end salute and Bumblebee's arm in the air was uber-cringy. Bruh! Some of the audience members liked it, though.

The end scene was great with Charlie and Bumblee in San Francisco looking over the Golden Gate Bridge, which ties into the original Michael Bay movie. Bumblebee scans the bridge finding the Camaro and then rides side by side a certain G1 semi! Nice touch! Speaking of, we even got to hear Stan Bush's classic song "You got the touch!" at one point in the movie.

The movie also features a couple post-credit scenes (actually at the start of the credits) featuring Bumblee and Optimus, which was awesome, and one with Charlie and her Corvette. Nice!

I think if you go in not expecting something too epic (though it starts off that way), and something more in line with a general "popcorn" flick, you should be alright with Bumblebee.