Brie Larson's new YouTube channel is being called a "fake," with it recently also becoming known the star of Captain Marvel has been flagging critical videos of her as well as deleting comments on her own video.

Thursday saw Brie Larson launch her new YouTube channel which quickly went viral; presently, it has over 1.2 million views, but the video now has a whopping 70k dislikes.

Following the release of the video, various YouTubers have cried foul, as it's obvious Brie Larson has a production team and a PR team that is producing her channel and videos, as well as that YouTube itself is favoring her channel as the Brie Larson video quickly went viral and has been monetized, while it takes regular YouTubers thousands of hours to do the same. 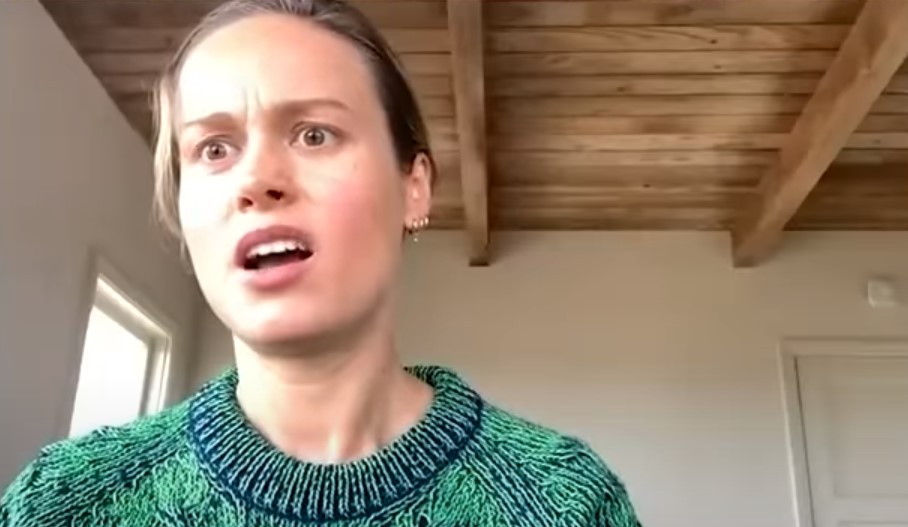 "Robot Head does very, very entertaining videos. What he does is a lot of edits and it shows," explains Anna. "If you want to talk about doing your research, Robot Head, in my opinion, is one of the top ones that do that."

The Robot Head video goes over the notion how Brie Larson appears to be "new" to YouTube and has no idea what she is doing but points out that Brie Larson has been in front of the camera since the age of six or so, and even skipped out on going to school to stay at home and focus on her acting career at so young of an age. We can also add that Brie Larson also has directing credits, so she knows what it's like to be behind the camera.

"In the video, Brie Larson says, 'Oh, I'm new to YouTube! I don't know what I'm doing!'" says Anna. "Even though it's obvious somebody is filming her right now. Somebody is editing her video. Somebody is setting everything up with all these YouTubers that basically praise the ground that she walks on. And so [Robot Head] did this little video about it... She basically said she has no idea what she is doing. It's like, 'Girl, you been in front of a camera since you were six years old,' and in Robot Head's video, he shows that. He shows the video when she was a kid being an actress, how she hasn't been to school since she was seven years old, showing interviews about her talking about YouTube." 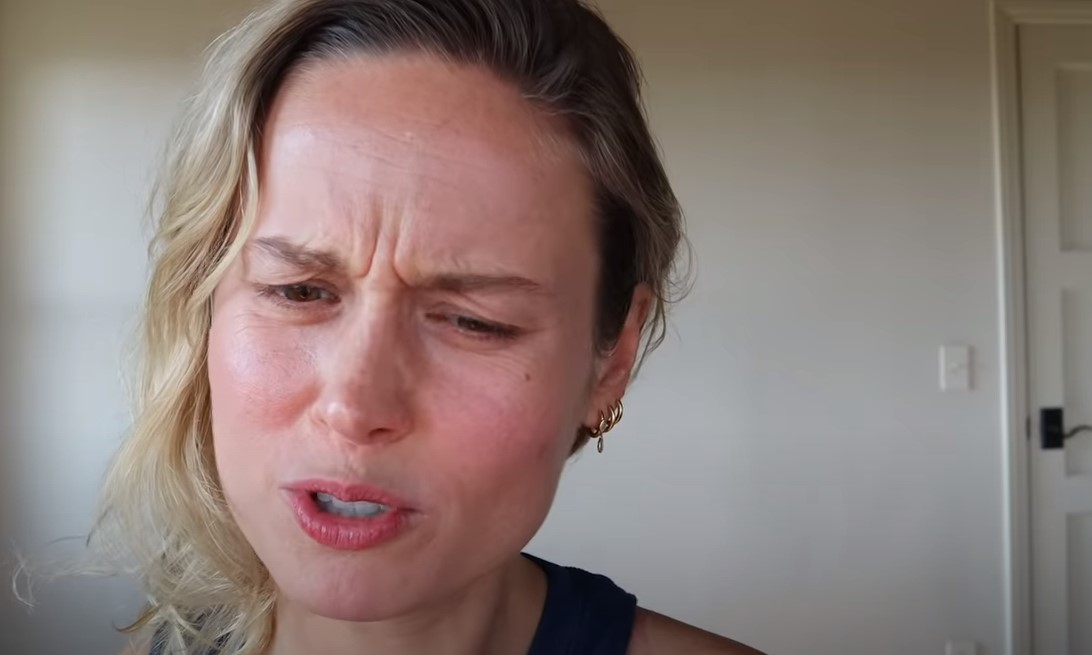 Brie Larson's mother may also be in on things

"She has her mother on her channel... But basically how she is talking to her mom, and her mom is like, 'Oh, yeah, I've never heard of it, I don't know YouTube. I never used it before. Maybe once or twice,'' continues Anna. "Then Robot Head goes in and shows how Brie Larson was trying to be a singer. Oh, look! You are telling me your mom never looked you up on YouTube? I find that hard to believe considering they moved from Sacramento to Los Angeles, and this is all in Robot Head's video, so that way, the mom can help Brie when she was seven to pursue a career as an actress, a singer. Brie Larson basically got everything handed to her. She got homeschooled so she wouldn't have to go to school so she wouldn't miss gigs and auditions, so she could become an actress or a pop singer." 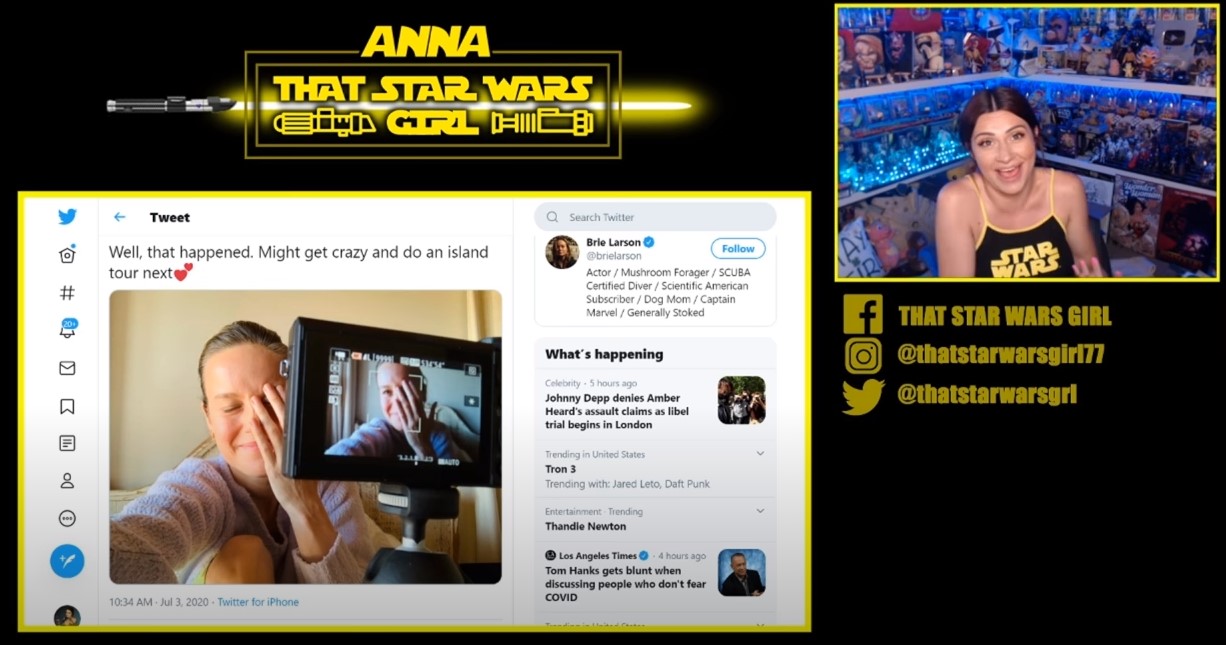 Anna notes that the Robot Head video proves that Brie Larson is appearing to pretend in her video.

"It uses video evidence to contradict everything that Brie and her mother were basically saying," explains Anna. "'Oh, I'm so innocent! I've never done YouTube! I'm so shy behind the camera!' When it's like, 'You're what 30-31 years old?' You have been in front of the camera since you were seven. That's more than half of your life you been in front of a camera and working with these kinds of things. Chances are, you know how all of this works." 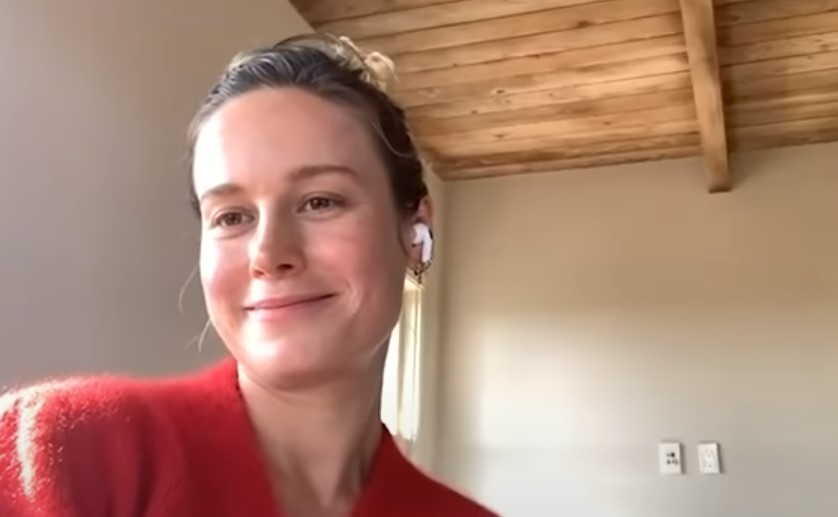 Regarding the deletion of comments, Anna says her own comments have been deleted on Brie Larson's video.

"I tried leaving a comment asking her to go on EFab, it was deleted..." says Anna.

It's also suggested that YouTube has started to wipe thousands of the dislikes from Brie Larson, so possibly that 70K could be a lot higher.

"Pretending to be something you're not is something that people can see through in an instant on YouTube," says Anna. "And flagging people's videos and getting them demonetized ... that's going to get you in the hot box even more than you are already are, Brie, so I highly recommend not doing that."