The release of the Captain Marvel movie earlier this year saw lots of controversies – similar to Disney’s Star Wars: The Last Jedi – which saw fans offer up their dissatisfaction with Brie Larson and the approach to the character in the MCU.

In an interview over at Variety, which is basically nothing more than a fluff piece, the interviewer calls those fans “horrible comics fans” and asks Brie Larson her take on them; however, credit to Larson, she doesn’t take the bait:

There are horrible comics fans who were rooting against it, because it had a woman lead character, and because of your politics. People made YouTube videos about wanting the movie to bomb.
They did? Oh. I didn’t even know. 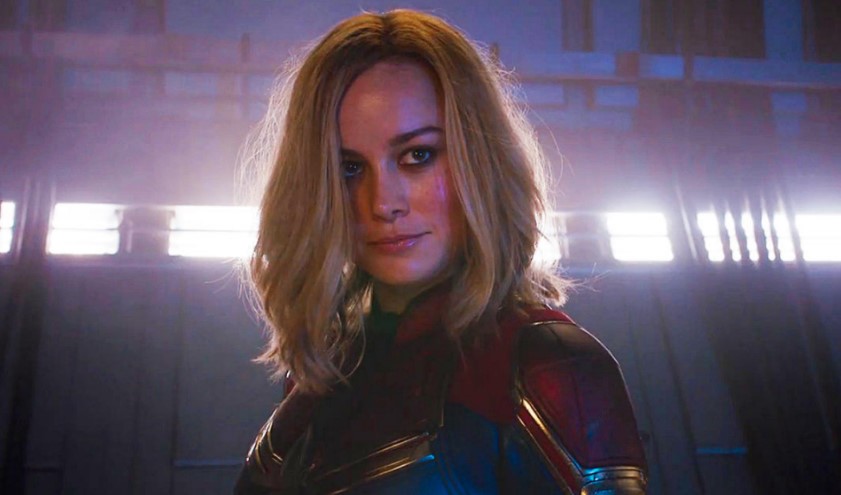 The interviewer continues with the mention that the “comic wars” are “hideous,” which again doesn’t see Brie Larson take the bait:

It’s a hideous world, the comics wars.
I don’t have time for it, you know? The things that I have extra time to really look at are, like: Am I eating healthy food? Am I drinking water? Am I meditating? Have I called my mom today?

More recently, I guess maybe it’s because of “Captain Marvel,” I’ve had a lot of journalists be, like, “How often do Google yourself?” I’m, like, “I’ve never Googled myself.”

I have genuinely never needed to look at the internet to explain to me who I am. I’m extremely committed to that in my day-to-day life! There is really nothing more pleasurable to me than observing my mind. And interrogating myself. It is a thing I’ve done since I was a child. And I will do for as long as I can. And I’ve also been super committed to having people in my life that I believe if I start veering too far in a direction, and I need to change something or work on something, that they’ll take me to dinner and be, like, “Hey! I’m noticing this, I feel like you should look at that.” So I trust that, and I trust my experience.

When you have a mission and things that you want to do — and my time and my energy is so limited — it just becomes so clear as to what I want to spend it on. And that’s just not what’s of interest to me.

Brie Larson also admitted that she doesn’t have a clue about Captain Marvel 2.