The Book of Boba Fett Chapter 3 is now out on Disney Plus, and while it's the best episode of the show to date, that's not saying much, as along with the first two episodes, it belongs to be thrown in the garbage masher.

You can't tell me this series wasn't rushed and conceived with the only idea being to stop Disney Plus subscribers from canceling their subscription and to keep them subscribed for a month or two longer, and that goes ditto for the Marvel shows which for the most part are just as rushed and just as poorly produced and written.

I'll tell you exactly what is going on with this series, and it's the "journey" of Boba Fett from the ruthless badass bounty hunter every fan was expecting and hoping to see to something of a wuss (for lack of a better word) to the last episode where Boba Fett becomes a badass again, but guess what? Then the show ends. How's that for a hook?

What fans really wanted to see was the show starting from that "last episode" where Boba Fett is on the "throne" and already a badass - like we saw at the end of The Mandalorian - but as the show is hurried and lazily written, they came up with the "Dances With Wolves" approach to Boba Fett to get it out there really quick. No, thanks.

At least in this episode they flat out admit no one has any respect for Boba Fett, which includes the audience. That was great, but again, the approach is all wrong. Instead of building up a castrated Boba Fett, they could have built up a badass Boba Fett whose mere mention of his name created fear, and respect for him would make people want to join him, but instead, the only people joining him are a bunch of losers. 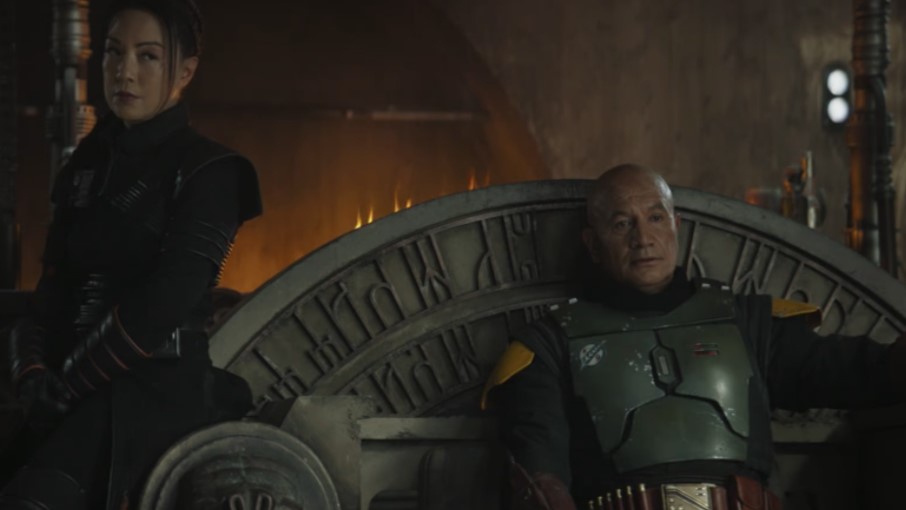 The Book of Boba Fett is full of losers

What losers, you ask?

How about the cyborgs(?) riding their Mighty Morphin Power Ranger Vespas?

I thought they were supposed to be a bunch of out-of-work thugs, but they ride some brilliantly-colored hover-scooters that look entirely out of place? Okay.

Or how about in the previous episode, the entire town sees Boba Fett get the crapped kicked out of him by a bunch of wannabe Assassin Creed cosplayers, yet Boba Fett is going to stop and take down a gang in this episode? Laughable.

The silence from the Disney defenders regarding episode 3 is deafening -- #TheBookOfBobaFett pic.twitter.com/x36V1OWlsy

Then how about the Black Wookie who comes to assassinate Boba Fett, but "it's all business" so "pat on the back" you're allowed to go free? Why didn't the Black Wookie join Team Boba right then and there, because we all know it's going to happen.

Another thing, the Hutts look terrible as CGI, practical effects look MUCH better.

Also, ditch the Bacta Pod. Why does Boba Fett continue to use it? Oh, because he's 60-years-old, can't fight worth beans, and always gets his ass kicked -- and cries.

This isn't the Boba Fett we're looking for.

#BobaFett gets his ass kicked some more and cries. At least they admit no one respects him. #sosayweall #TheBookOfBobaFett #starwars #disneyplus pic.twitter.com/Oc6DZZ6dc0