It is being claimed that a black Batman will be introduced in the pages of DC Comics, which will replace the current Dark Knight, Bruce Wayne.

According to the rumor, the black Batman won't be Duke Thomas (The Signal), who debuted back in 2013 from writer Scott Snyder, and who trained under Bruce Wayne.

It is noted the new black Batman could be Black Lightning, who currently appears with Batman in The Outsiders, or even characters that have portrayed Batwing, such as David Zavimbe, or currently, Luke Fox.

It's also possible the black Batman could be a new character.

It is further said the event will take place the summer of 2020 leading into 2021. 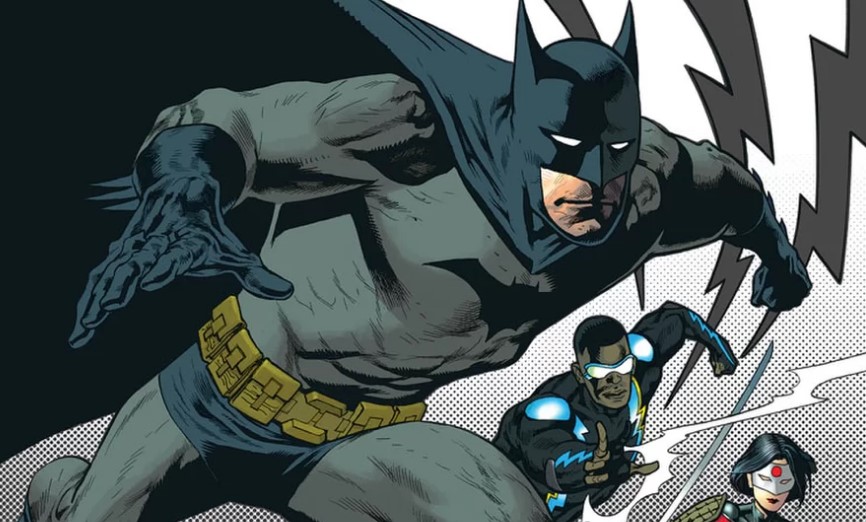 This isn't the first time that Batman will be replaced, as Azrael donned the cape and cowl after Bane broke Bruce Wayne's back, and Damian Wayne has taken on the role as well as the various Robin characters.

What is interesting is that the rumor comes on the heels of Robert Pattinson being cast as the new onscreen Caped Crusader, as director Matt Reeves is due to film soon, with the flick getting release Summer of 2021; however, the DC Comics event sounds like it may be taking place prior to the release of the film.

What could be happening is that DC Comics will have another event to reintroduce Bruce Wayne as Batman right when the new movie gets released.

DC Comics and Batman sales have been dwindling, as the title which used to be a #1 seller is now barely cracking the top ten, so we see the publisher is thinking that introducing a new version will hopefully spark sales.

August's Batman #74 is reported to only have sold around 78K copies, while it used to sell closer to 100K.

Marvel has gone a similar route with characters such as the Miles Morales Spider-Man and the Samuel L. Jackson Nick Fury.