You seriously can't make this stuff up, as now it's claimed that the disaster known as DC Comics is going to rename Black Adam to "SHAZADAM!"

The rumor comes from Bleeding Cool who offers as part of the DC Comics "Infinite Frontier" initiative, the character of Black Adam will be changing his name to Shazadam.

It's claimed that the reason is due in part to Black Adam looking more and more like he is a good guy and also that Black Adam will be leading the Justice League team in March from Brian Bendis.

So it appears this may be Bendis' idea, as you can't call Black Adam "Black" if he is a good guy, so let's call him "Shazadam."

It's also unknown if this has anything to do with the Dwayne Johnson Black Adam movie as the flick is set to start filming soon and could get released at the end of the year or sometime in 2022.

Check out the Justice League info and covers below for March.

written by BRIAN MICHAEL BENDIS
art and cover by DAVID MARQUEZ
backup story written by RAM V
backup story art by XERMANICO
wraparound variant cover by DAVID MARQUEZ
variant cover by KAEL NGU
ON SALE 3/16/21
$4.99 US | 40 PAGES | FC | DC
Writer Brian Michael Bendis reunites with artist David Marquez (Miles Morales, Iron Man, Batman/Superman) for a new, star-studded Justice League featuring Superman, Batman, the Flash, Hawkgirl, Aquaman, Hippolyta, new DC powerhouse Naomi, and...is that Black Adam?! Superman is leading the charge to reinvent the Justice League—and at the same time, a new, cosmic-powered threat arrives from Naomi's homeworld to rule the Earth!
And in the backup story, dark days lie ahead for the new Justice League Dark. Zatanna and John Constantine take a road trip, only to discover horror around the bend as a friend—and sometime foe—is reborn in fire! A legend is destroyed, and another takes a terrible turn, as Merlin reveals the beginning of a new, blood-drenched plot for all humankind. So begins writer Ram V's new journey into the abyss with the Justice League Dark and artist Xermanico! 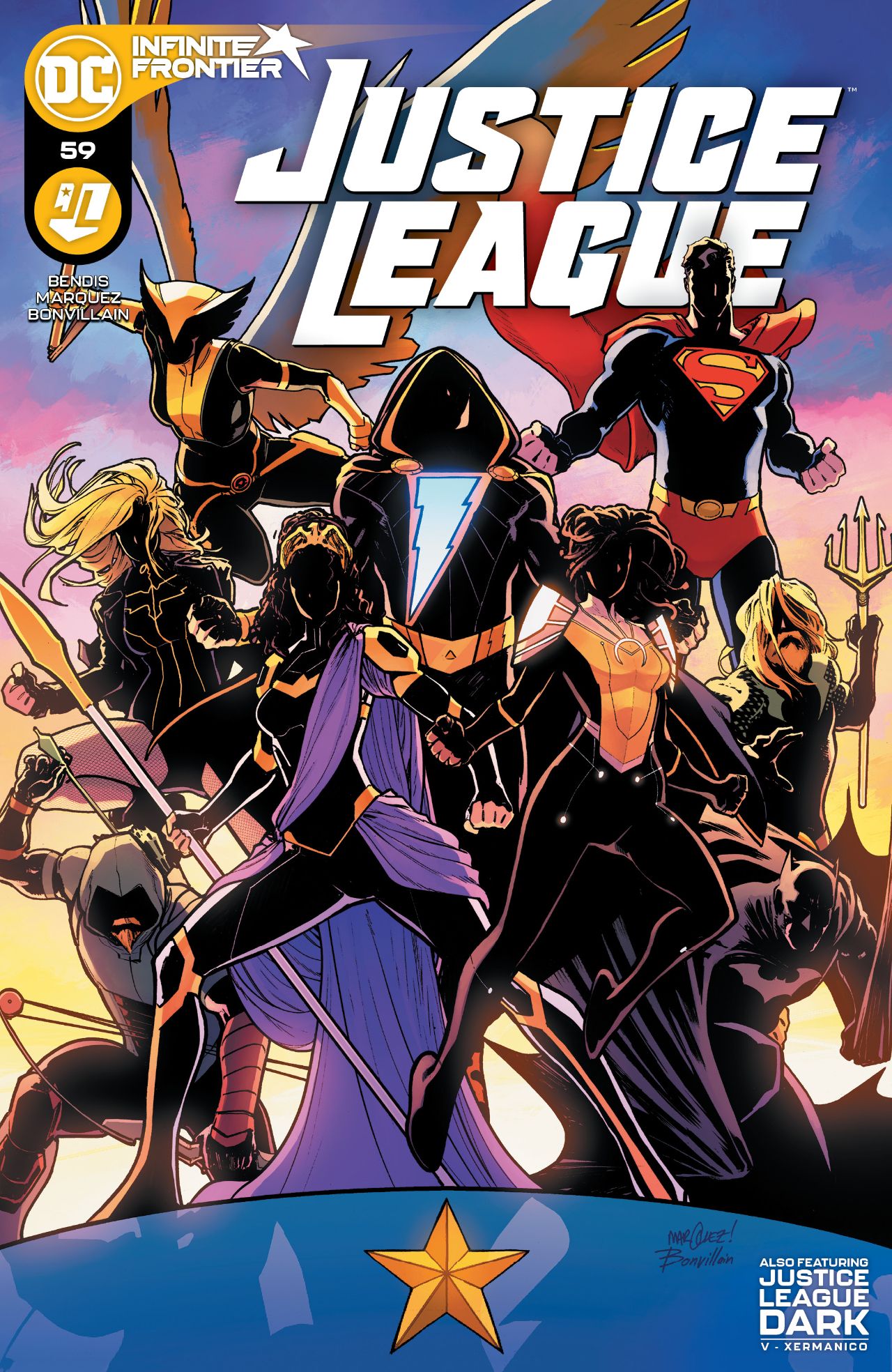 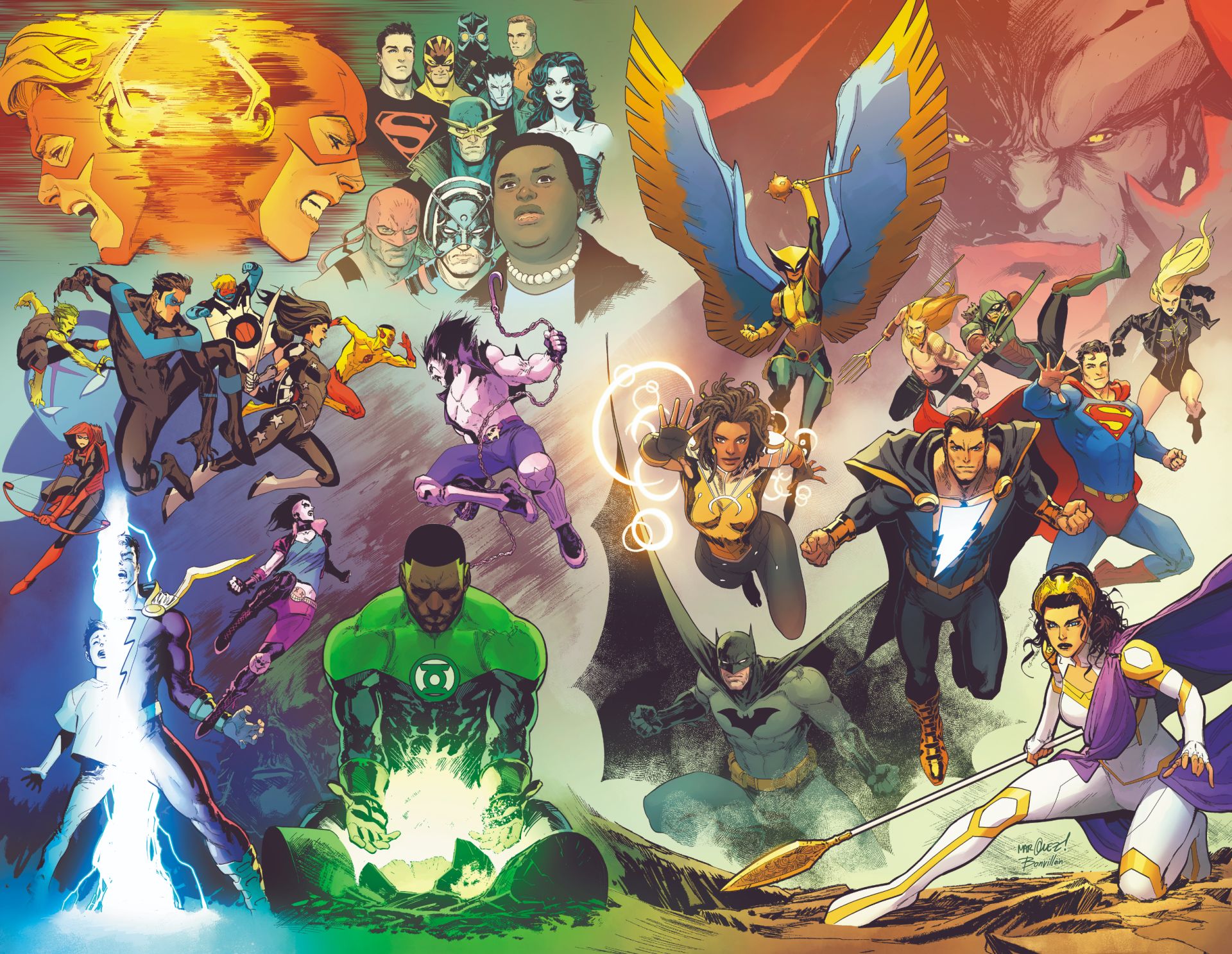