Pierce Brosnan has been cast as Doctor Fate, a member of the Justice Society, in Dwayne Johnson’s Black Adam movie.

“Such a pleasure to announce the final member of our #JusticeSociety, the bad ass statesman, Mr @PierceBrosnanOfficial as the iconic and all-knowing, DR. FATE. I’m grateful to have such a talented, diverse and hungry cast. The hierarchy of power in the DC Universe is about to change… #JSA #ManInBlack #BlackAdam⚡️ Production kicks off in 3 weeks,” said Johnson.

Brosnan replied to The Rock’s post, “Aloha Dwayne. Looking forward to working with you and playing the role of Dr Fate in the company of all. Let’s, play ball. #blackadam #drfate #jsa #dc.”

Pierce Brosnan will play the first version of the character, Kent Nelson, who wears the powerful Helmet of Fate—an instrument imbued with the power of Nabu, one of the mythical Lords of Order. With the helmet, Doctor Fate ranks among the most powerful magic users in the DC Universe, with a history the stems all the way back to ancient Egypt.

The cast also includes Aldis Hodge as Hawkman, Noah Centineo as Atom Smasher and Quintessa Swindell as Cyclone, with Sarah Shahi said to be playing the female lead, a university professor, and freedom fighter leading the resistance in the DC fictional nation of Kahndaq.

Pierce Brosnan is known for a plethora of roles including playing James Bond in Tomorrow Never Dies, The World Is Not Enough, and Die Another Day. 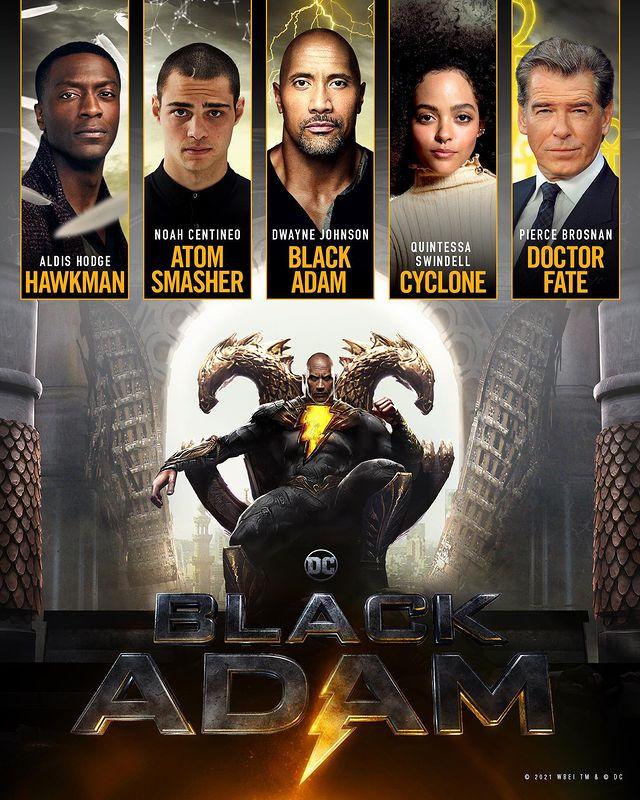