Joe Manganiello reveals more plans from his defunct Deathstroke film that includes the killing of Batman villains, and the driving force behind the character in the movie.

The actor appeared at a recent online convention where he confirmed Deathstroke would have taken out various Batman bad guys:

“Some of the regular Batman characters that show up in the films were not going to make it through. It would have been a cleaning house in a lot of ways.”

“It involved Adeline [Kane], the kids, who were going to be young, Wintergreen, Talia [al Ghul]. In my script, there was an origin story for the sword and there were League of Shadows ties and things like that.”

“It was more of a Tom Clancy ripped from the headlines sort of story, or even like a Bourne Identity where it was going to be really grounded, and political with military drama as far as what it would take to go from devoting his life to his country for this life he believed in to, you know, having the rug pulled out from underneath him and being stabbed in the back and not knowing who to trust.”

Regarding the driving force behind Deathstroke, Joe Manganiello reveals it would have involved the death of Slade Wilson’s son and Batman:

“The way it was written at the time I read the script was that Batman was blamed by Slade for the death of his son. Slade’s son gets killed. There were some events that led back to Bruce, led back to Batman. That he had a hand in it, that he was partially responsible for it. Slade blamed him.”

“Word was on the street that Slade wanted to kill Batman. That’s why he was summoned to Lex Luthor’s yacht and given a key piece of information to help with that as well. So that Slade could potentially get rid of Batman.”

“I think it’d be such a fun series and people would absolutely love it and there’s not a lot like it out there right now. It would have its own tone and its own place within the universe. I think it would be very fun and tonally very unique.” 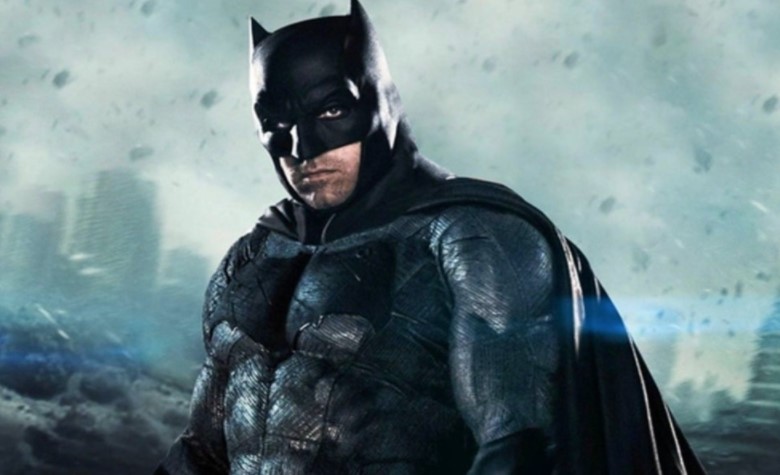 Batman would have been scared of Deathstroke; needed help from Batgirl

Manganiello also previously revealed that Batman would have been scared of Deathstroke.

“There was like a big huge showdown, I think between Batgirl…Batgirl jumps in to try and help Bruce because Deathstroke is so fast. He can anticipate Bruce’s movements.”

Manganiello went on to explain that Batman is “completely afraid” of Slade Wilson because “he met someone who can take him.”

“That leads to this big climactic battle through the streets of Gotham in the end. It’s like a real-life psychological thriller with Deathstroke. He was like a horror movie, like a shark, kind of like Jaws.”