The Batman Gotham Knights video game is officially unveiled at the DC FanDome virtual convention held on Saturday with a trailer and gameplay walkthrough footage.

The seven minutes of gameplay starts off with a look at Batgirl and a short clip from one of Gotham Knights' villain crimes.

"This mission if halfway through the Mr. Freeze storyline," says Patrick Redding, creative director on the game. "We're playing Batgirl a dozen or so hours into her character progression."

The panel also saw Redding reveal that Batman in the game, who has been around for 15 years, has been killed.

"We wanted to take away any certainty, any feeling of safety," explained Redding. "So we could take a Gotham City where Bruce Wayne has been operating as Batman for, like, 15 years - with all that history, his whole network of allies - and then take him out of the picture. It really demands players figure out, 'How would I step up, and how would I protect Gotham City?'"

The trailer also reveals that Batman has died and leaves a message for Batgirl, Nightwing, Red Hood, and Robin to continue to defend Gotham City.

"If you are watching this, I'm dead," says the video from Batman. "This is code black."

It's further revealed that Jim Gordon is dead, too.

"Gotham will need its protectors more than ever," says Bruce Wayne. "You've always had my back when I needed you. I know you'll keep Gotham safe." 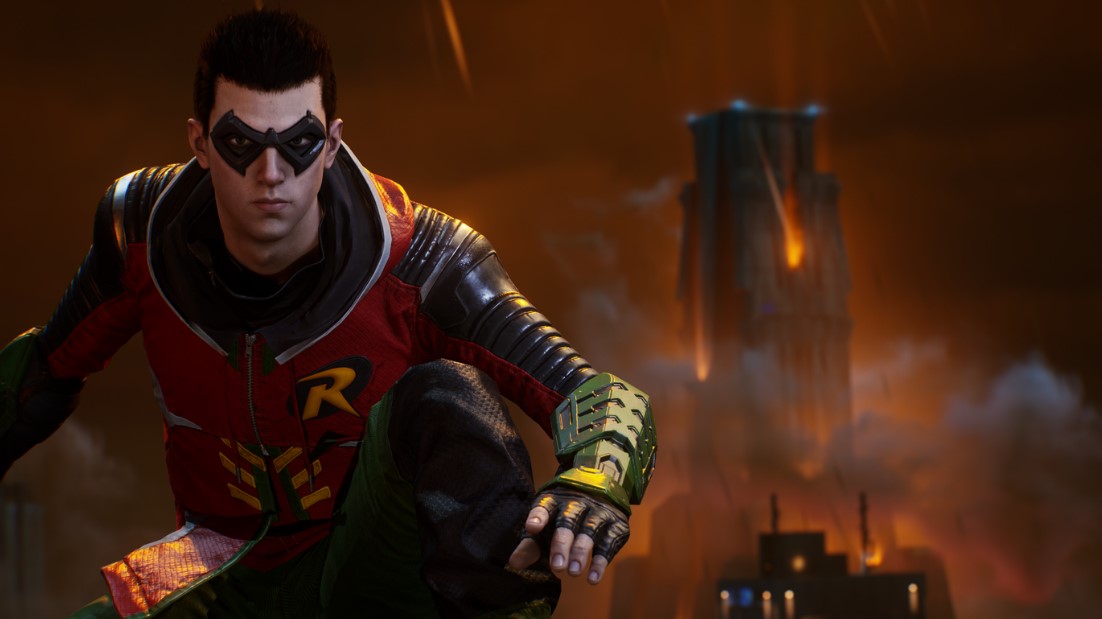