'The Batman' Description Hints At Court Of Owls

A description for The Batman movie by DC hints at the inclusion of the Court of Owls, a secret group centuries-old (from the comic books) who have immense power and influence embedded into the very architecture and history of Gotham City.

Director Matt Reeves appeared last weekend in a panel for The Batman at the DC FanDome virtual convention where the epic new trailer was released.

The DC Comics blog wrote up a summary of the panel which made mention of "the true history of Gotham" (bold my own):

As had been discussed before, The Batman is set during Bruce Wayne’s second year as a crimefighter, meaning it’s not an origin, but the Dark Knight is clearly still establishing himself and becoming the hero he’ll eventually become. As Reeves made clear, “He’s far from perfect.” While Batman is no longer a new presence in Gotham City when The Batman starts, he’s not having the affect on the city that he wants to have…and that’s when the murders start.

Those murders really shed some light on the true history of Gotham and open up a world of corruption that touches on Batman’s origins, forcing Bruce to confront the question of where his family might have sat in all of that. Reeves promises that The Batman will be a mystery and a detective story, but a deeply personal one for Batman. 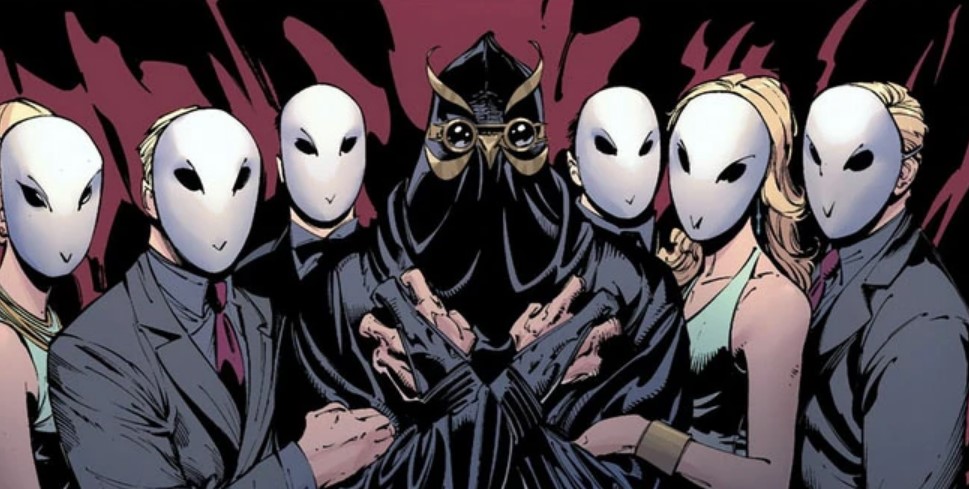 The official description for the Batman Vol. 1 "Court of Owls" graphic novel also makes mention of murders starting in Gotham City and the history of Gotham:

After a series of brutal murders rocks Gotham City, Batman begins to realize that perhaps these crimes go far deeper than appearances suggest. As the Caped Crusader begins to unravel this deadly mystery, he discovers a conspiracy going back to his youth and beyond to the origins of the city he's sworn to protect. Could the Court of Owls, once thought to be nothing more than an urban legend, be behind the crime and corruption? Or is Bruce Wayne losing his grip on sanity and falling prey to the pressures of his war on crime?

Maybe the Riddler is somehow attached to the Court of Owls or could actually be trying to get revenge on Gotham's elite for some reason?

Update: Check out a screengrab from the trailer. Is that a Court of Owls mask or statue on the left? 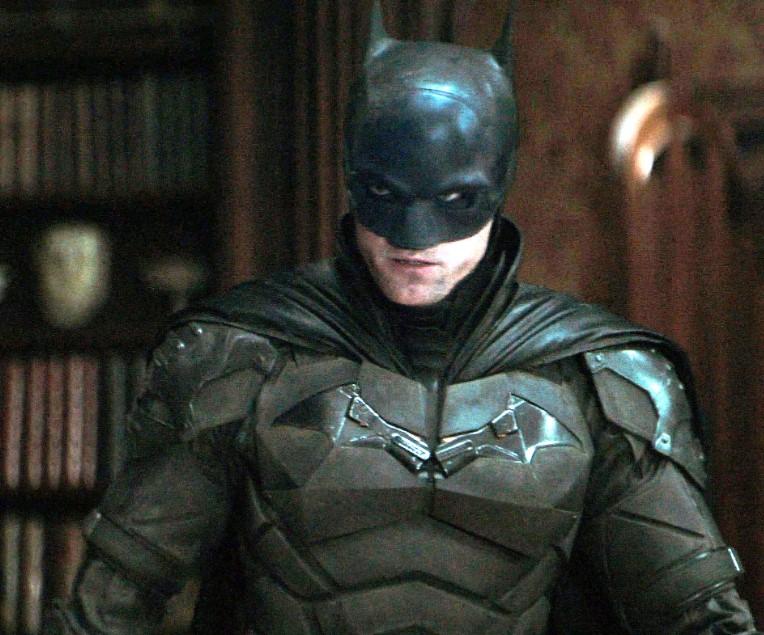 While obviously The Batman isn't going to be a straight adaptation of the comic books, it's thought Reeves is in part taking bits from various Batman stories possibly including "Court of Owls," "Year One," "Earth One" and "The Long Halloween."

We also see at DC FanDome, Matt Reeves confirmed the HBO Max Gotham series will be set during Batman's first year, a prequel to the movie:

Later, Reeves answered some fan questions, including some of the movies that influenced his vision for The Batman (Chinatown, The French Connection and Taxi Driver) and one surprising comic (Darwyn Cooke’s Batman: Ego). He even shared a bit of what we can expect from the recently announced HBO Max TV series set in the universe of the film. That series, which Reeves is working on with Boardwalk Empire creator Terrence Winter, will be set during Batman’s first year in Gotham, during the initial appearances of this new masked vigilante who seems to have declared war on Gotham’s underworld. Reeves explained that you’ll see this story through the point of view of the corrupt cops of the Gotham City Police Department, one corrupt cop in particular, and that in many ways, the story would be a battle for his soul.

Here are more descriptions of the comics:

Batman is not a hero.

He is just a man.

In a Gotham City where friend and foe are indistinguishable, Bruce Wayne's path toward becoming the Dark Knight is riddled with more obstacles than ever before. Focused on punishing his parents’ true killers, and the corrupt police that allowed them to go free, Bruce Wayne's thirst for vengeance fuels his mad crusade and no one, not even Alfred, can stop him.

Christmas. St. Patrick's Day. Easter. As the calendar's days stack up, so do the bodies littered in the streets of Gotham City. A murderer is loose, killing only on holidays. The only man that can stop this fiend? The Dark Knight. In a mystery taking place during Batman's early days of crime fighting, Batman: The Long Halloween is one of the greatest Dark Knight stories ever told.

Working with District Attorney Harvey Dent and Lieutenant James Gordon, Batman races against the calendar as he tries to discover who Holiday is before he claims his next victim each month. A mystery that has the reader continually guessing the identity of the killer, this story also ties into the events that transform Harvey Dent into Batman's deadly enemy, Two-Face.