It’s being said that Andy Serkis is in talks to play the butler to Bruce Wayne with Alfred Pennyworth for Matt Reeves’ The Batman.

Serkis is no stranger to comic book movies as he starred in Marvel films as the villain, Klaue, and Serkis is also directing the sequel to Venom for Sony.

Of course, Serkis is also known for his stellar motion-capture work including Gollum in Lord of the Rings, Snoke in Star Wars, and Serkis also played Caesar for Matt Reeves in the Planet of the Apes films.

I think Venom 2 looks to film later this year, with The Batman at the start of the new year, so I suppose the schedules could work out.

If the casting goes through, Andy Serkis as Alfred would join Robert Pattinson as the new DC Dark Knight, Jeffrey Wright as Commissioner Gordon, Zoe Kravtiz as Selina Kyle, aka Catwoman, Paul Dano as Riddler, with Penguin and additional characters yet to be cast. 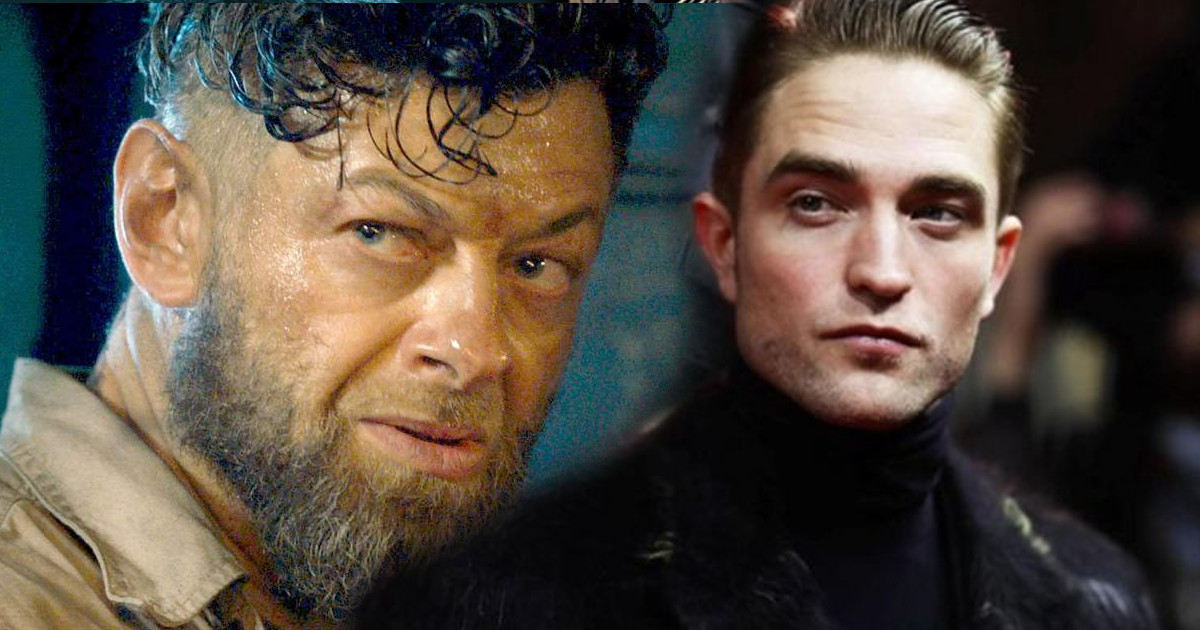 Andy Serkis may play Alfred Pennyworth in The Batman

Alfred was most recently played on the big screen by Jeremy Irons for the Zack Snyder DCEU films.

Earlier also saw it rumored that Matthew McConaughey may be playing Two-Face.

In DC Comics comic book lore, Alfred is described as:

Alfred Pennyworth is more than just Bruce Wayne’s butler, or Batman’s confidant. Alfred is a second father to Wayne, and serves as his conscience when the never-ending fight against evil wears on the Caped Crusader. Pennyworth keeps the Bat-Family together through his compassion and leadership. He has not only raised Bruce Wayne, but also the four young men who have worn the mask of Robin, the Boy Wonder: Dick Grayson, Jason Todd, Tim Drake and now, Damian Wayne.

As a former British intelligence officer, field medic and trained Shakespearean actor, Alfred is uniquely suited to support the lives of masked crime fighters. He’s quick with a disguise, a cover story, an alibi; and quicker still with a suture, a cast or an ice bath. He ensures that Wayne Manor—all of Wayne Manor, including the vast Batcave—is operating at peak performance while the Bat-Family patrols the city. Plus, he makes a mean cucumber sandwich, which may not be something he lists on his resume, but is certainly something everyone who sets foot on the manor’s grounds will fondly remember.

The Batman has a June 25, 2021 release directed by Reeves, co-written by Reeves and Mattson Tomlin, and is being composed by Michael Giacchino.

The flick is rumored to be adapting the DC Comics story “The Long Halloween,” with a rumored plot offering that The Batman will explore a detective case – when people start dying in strange ways Batman must go deep into the dark world of Gotham to find clues and solve the mystery/conspiracy connected to Gotham City’s history and criminals. In the film, all of Batman Rogues Gallery are already out there and active similar to the comics and animated shows/movies. The film will have multiple villains as they are all suspects.