Disney has once again shot itself in the foot regarding Star Wars as now Baby Yoda is ruined with the latest episode of The Mandalorian which saw the character eat the eggs of the Frog Lady.

The episode featured Mando giving the Frog Lady and her eggs, the last surviving eggs of her species, a ride to meet her husband to the only planet which would be able to sustain them so her husband could fertilize them and they would have offspring and their line wouldn’t go extinct.

Well, things got a little strange, to say the least, when Baby Yoda started gulping down the eggs, and I even think Baby Yoda used his Force powers to draw the eggs closer to him when they were in the container. 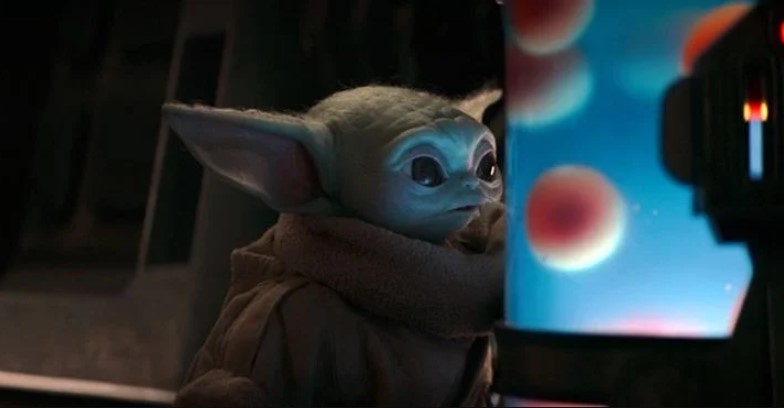 Various fans have brought up the fact that the eggs are unfertilized, and LucasFilm creative art manager Phil Szostak even defended Baby Yoda eating the eggs by comparing them to chicken eggs, however, the argument makes no sense as the Frog Lady is a sentient being, so much so that she was able to reprogram the droid – something Mando couldn’t do – to let her communicate with Mando.

What is also particularly odd is that Phil Szostak said they intentionally had Baby Yoda eat the eggs to create a disturbing and horror effect, which he says is comedic.

“For the record, Chapter 10 of The Mandalorian makes it clear that the Frog Lady’s eggs are unfertilized, like the chicken eggs many of us enjoy. But obviously, chickens aren’t sentient beings and the Child eating the eggs is intentionally disturbing, for comedic effect,” tweeted Szostak. “Fans of horror know that disturbing things make some of us laugh and some of us squirm, or both. Your mileage may vary.”

But, hey, maybe Baby Yoda is of the Dark Side. Seems to fit.

Fans of horror know that disturbing things make some of us laugh and some of us squirm, or both. Your mileage may vary.