It’s learned The Avengers: Infinity War spot received the most chatter amongst social media and the most views giving it the most buzz last night.

A report from comScore and United Talent Agency (via THR) measured and ranked views and online chatter for the Super Bowl trailers.

In the chart below, we see The Avengers: Infinity War came in at #1 with a whopping combined 17.6 million views on YouTube and Facebook, while receiving over 279k conversations on social media.

Coming in at #2 is the Star Wars Han Solo Super Bowl spot as its combined views and social media conversations beat out the remaining trailers.

In terms of the number of views, following The Avengers: Infinity War is Jurassic World: Fallen Kingdom with 15.9 million views, followed by Mission Impossible Fallout (14.6m)–and then Han Solo (13.9m). The reason the former two trail behind Han Solo on the chart is because following fans having watch their respective trailers, they simply didn’t talk about it on social media as much as Han Solo. 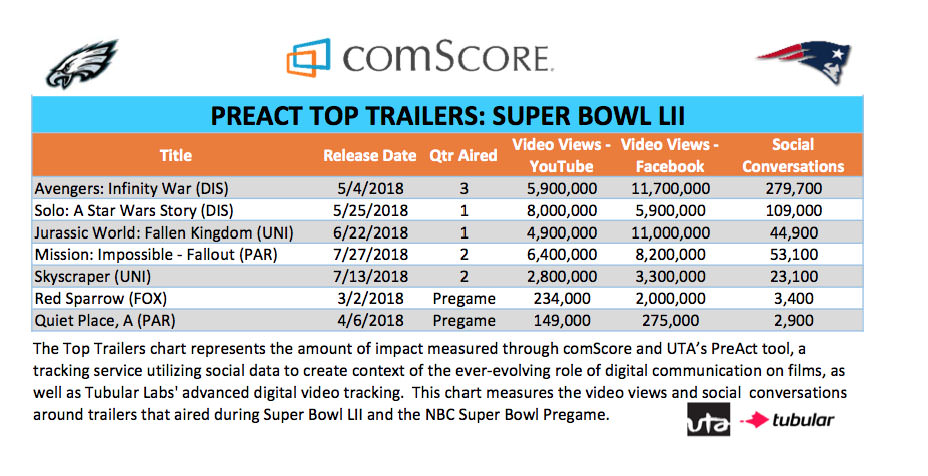