Disney and Marvel Studios announced the release of The Avengers: Endgame on Digital for July 30 and on Blu-Ray for August 13.

Watch the promo video and find the official announcement below.

BURBANK, Calif. (June 26, 2019) — Marvel Studios’ “Avengers: Endgame,” the climactic conclusion to an unprecedented, 11-year cinematic journey in which the Avengers take one final stand against Thanos, delivered the biggest opening weekend in history and is currently one of the highest-grossing films of all time. On July 30, Avengers fans around the world are invited to assemble once more for the in-home release of “Avengers: Endgame” on Digital in HD, 4K Ultra HD™ and Movies Anywhere, followed by a physical release on 4K Ultra HD, Blu-ray™, DVD and On-Demand beginning Aug. 13.

Fans who bring home “Avengers: Endgame” will gain hours of additional screen time with their favorite cast members and filmmakers who have shaped the Marvel Cinematic Universe (MCU). Bonus features include a tribute to the great Stan Lee; the tale of Robert Downey Jr.’s casting as Iron Man; the evolution of Captain America; Black Widow’s dramatic story arc; directors Anthony and Joe Russo’s experience at the helm of both “Avengers: Infinity War” and “Avengers: Endgame”; the making of an epic battle scene with the women of the MCU; the creation of Bro Thor; deleted scenes; a gag reel and more.

The must-own, final chapter of the 22-film MCU series, “Avengers: Endgame,” will be packaged several ways to ensure fans get the most out of their in-home entertainment experience. Viewers can bring home the film two weeks early on Digital 4K Ultra HD, HD and SD and gain access to an exclusive extra highlighting the love story of Steve Rogers (Captain America) and Peggy Carter. A physical copy of “Avengers: Endgame” is available as a 4K Cinematic Universe Edition (4K Ultra HD, Blu-ray, and Digital Code), a Multi-Screen Edition (Blu-ray and Digital Code) and a single DVD. Fans who wish to revisit all four films in the Avengers franchise may opt for a Digital bundle, which includes “Marvel’s The Avengers,” “Avengers: Age of Ultron,” “Avengers: Infinity War” and “Avengers: Endgame.” 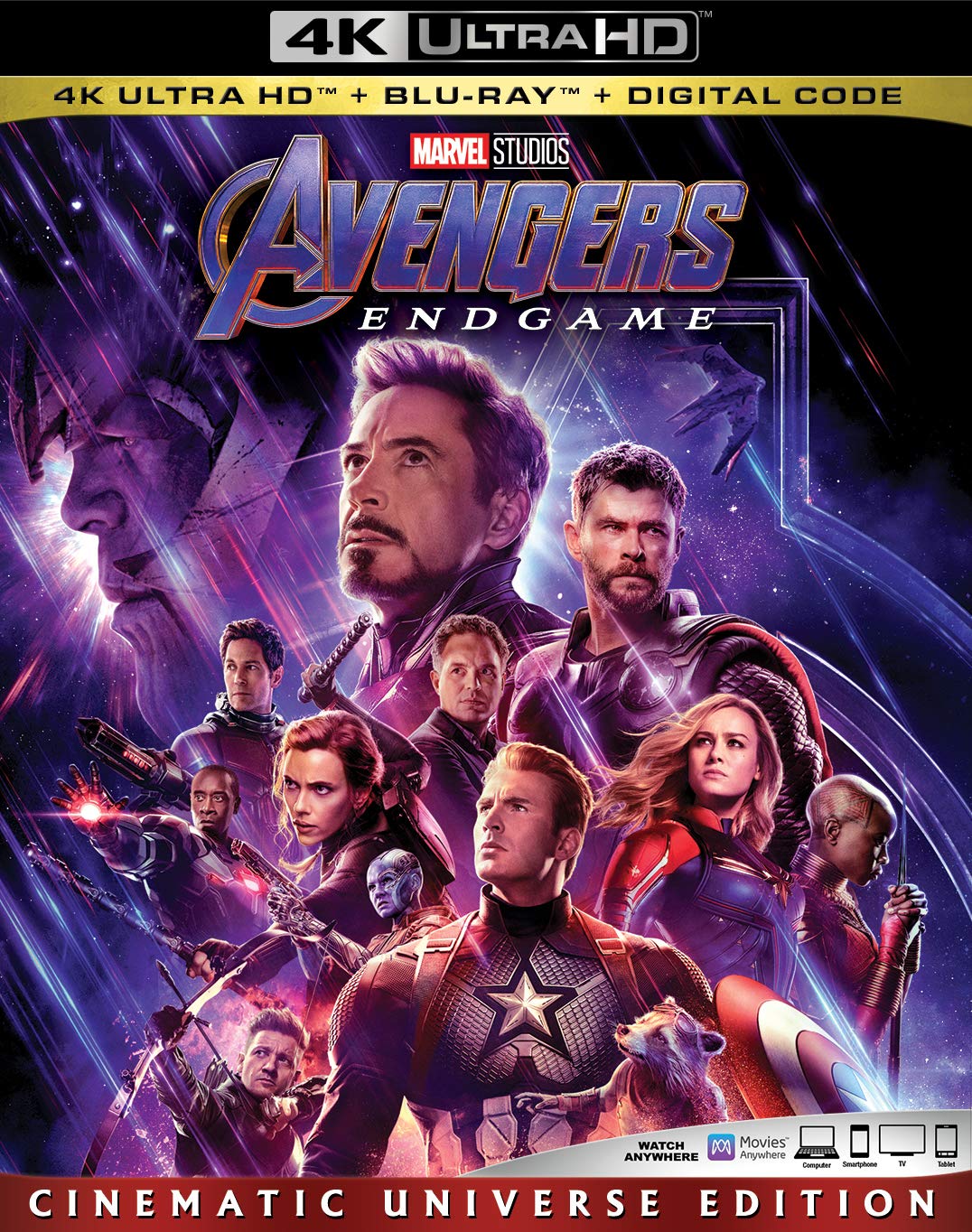 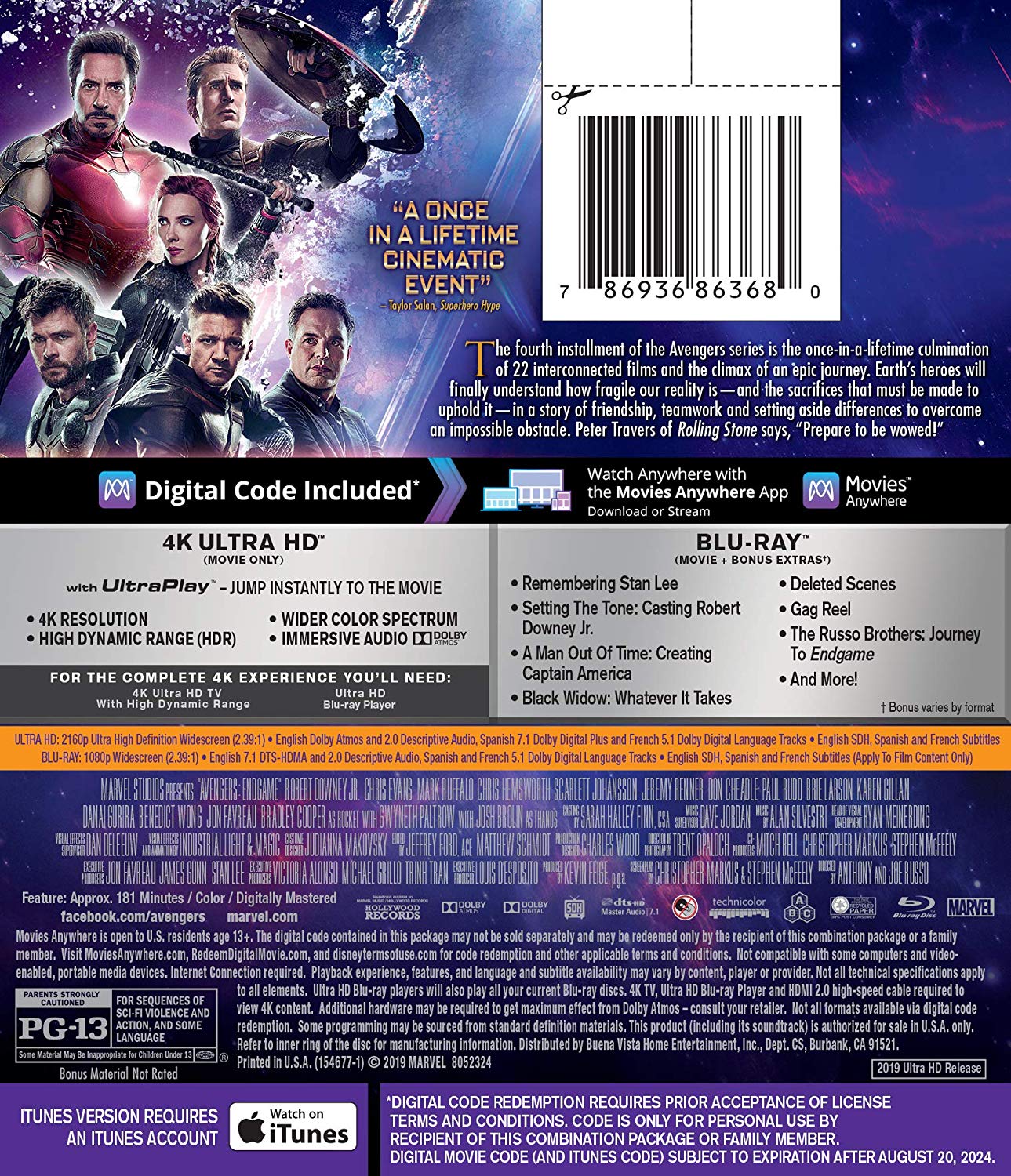 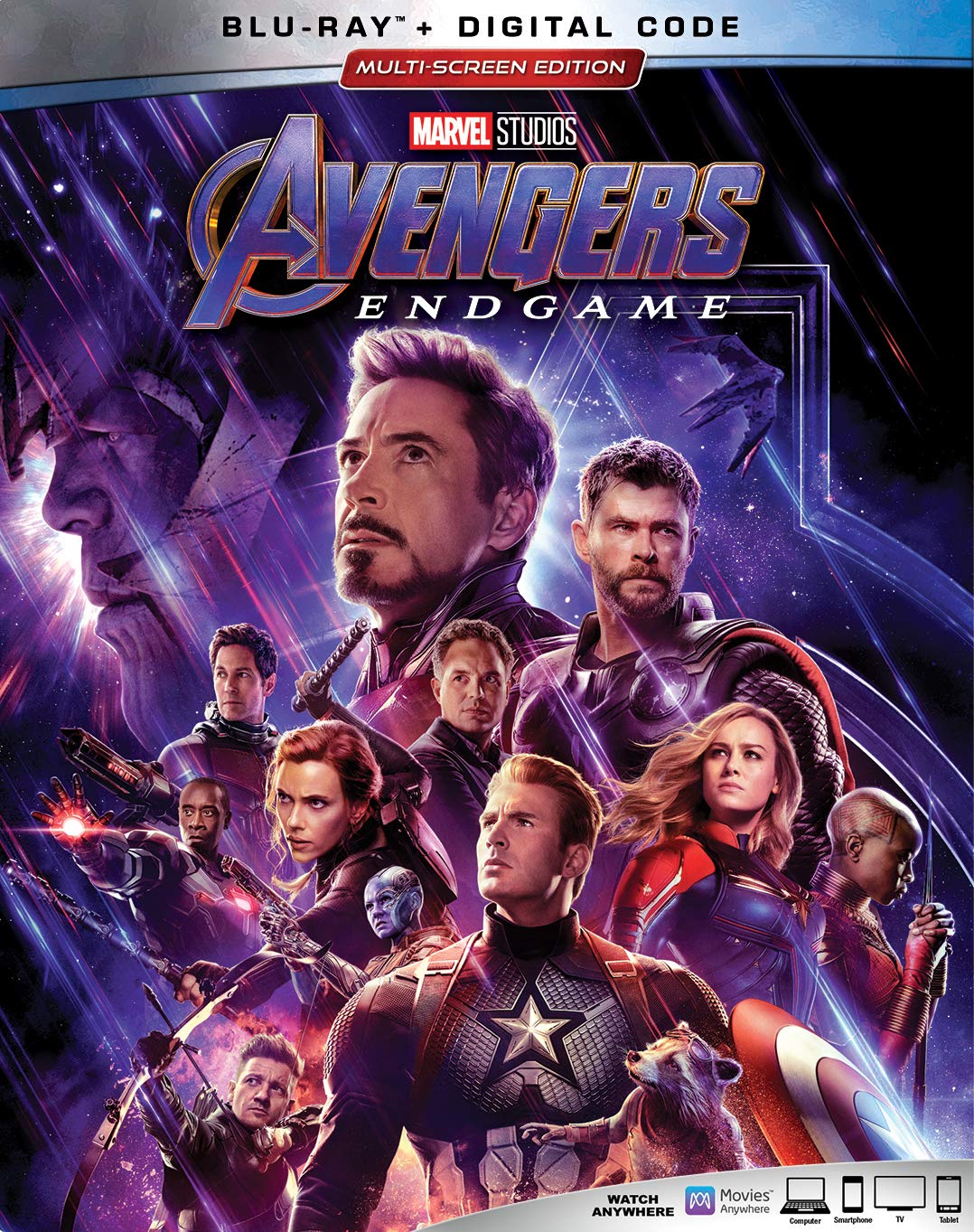 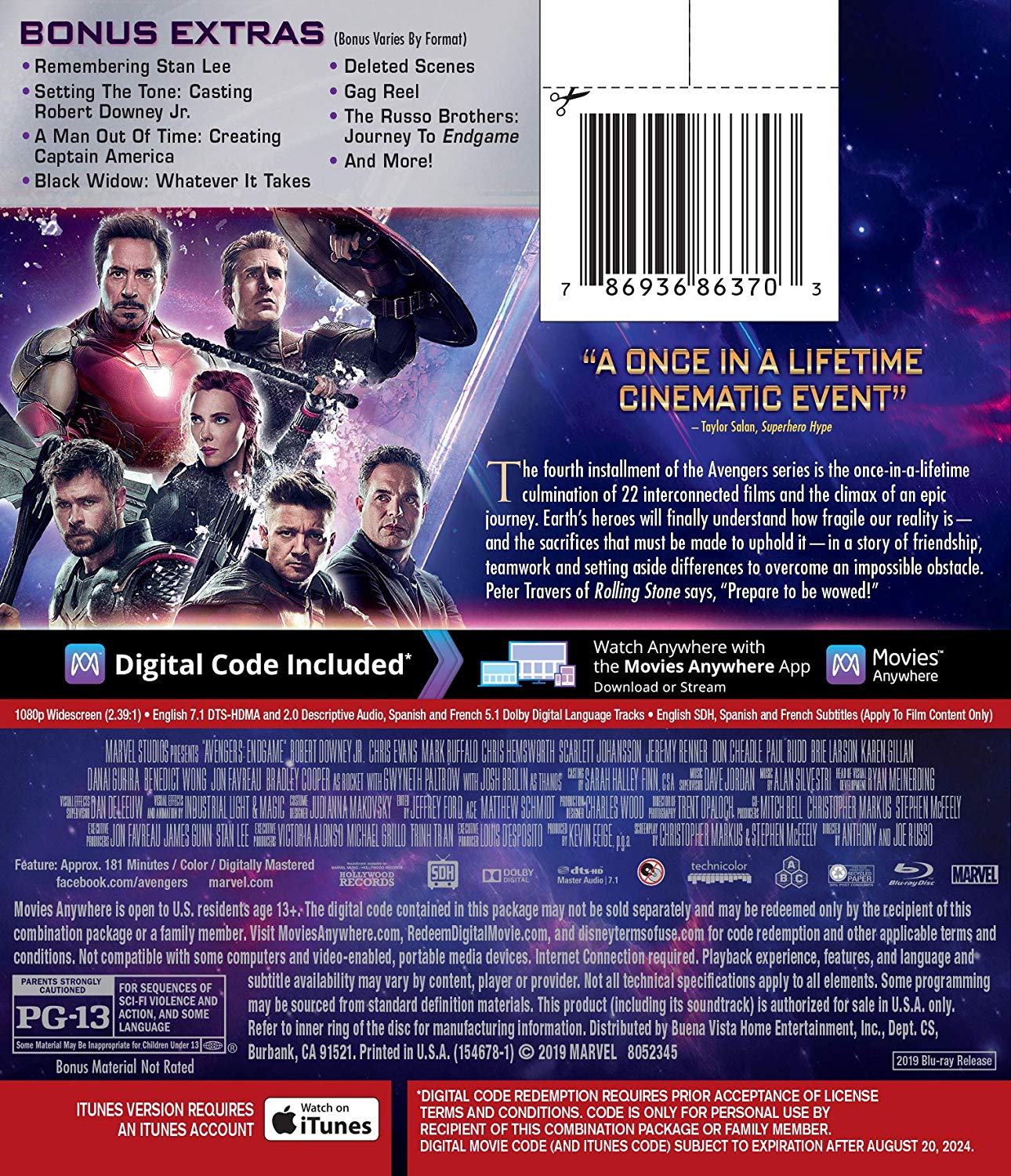