Aquaman and Game of Thrones actor Jason Momoa will be appearing on an upcoming episode of The Simpsons, with a first look revealed at the character animation.

Jason Momoa, who will play himself and appears at the San Castellaneta festival in the episode (a node to Homer voice actor Dan Castellaneta), is featured in the familiar yellow hue shared by the citizens of Springfield and sports tattoos with the long hair and beard.

“He is the celebrity that shows up and talks about this legend of this saint who was ground up and martyred and became the origin of modern-day pistachio ice cream,” The Simpsons executive producer Al Jean tells EW. “He tells this very gruesome story — and then Patty and Selma want him to sign their boobs and he runs away.”

The Simpsons will be a part of a panel this week at Comic-Con, with Season 31 set to premiere in September.

Jason Momoa in The Simpsons: 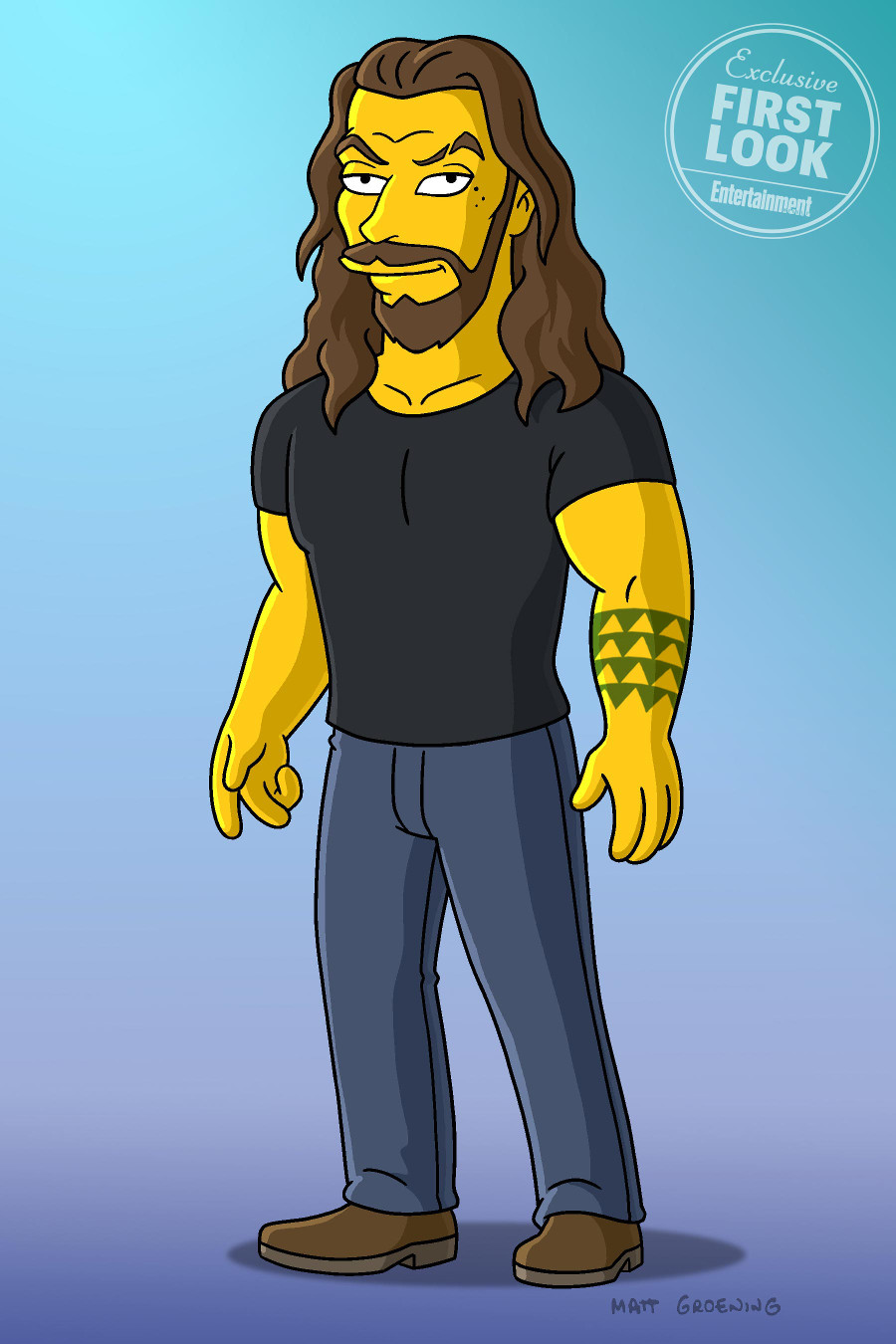