I admit that I had mixed feelings about Marvel doing an Annihilation event without Giffen or DnA at the helm. On the one hand, I was glad to see Marvel finally giving some high-profile recognition to the best military science-fiction story they have told in modern comic book history. On the other hand, given Marvel’s track record with Cosmic over the past several years, I didn’t want to see the Annihilation brand sullied by the kind of Gunn and Bendis goofiness that has been a scourge (pun intended) on Marvel Cosmic since DnA’s departure. I’m happy to say that my fears were unfounded. Rosenberg appears to be a true Cosmic fan who understands how to tell a good military science-fiction oriented story and how to show proper respect to the Cosmic characters and setting in the process.

That being said, I do harbor some ambivalence about this being essentially a sequel to The Thanos Imperative with elements of Annihilation: Conquest in the mix. While I enjoyed The Thanos Imperative and it’s looking like I’ll enjoy Scourge, I’m just not a big fan of the Cancerverse villains and I’ve never really liked The Sentry. I was hoping that if we had to have Cancerverse villains, I would at least get to see E-Vell again (since Marvel will resurrect every dead major superhero in the 616 except Mar-Vell). I wish Rosenberg had just done an original military science-fiction story not connected to well-trodden ground. Maybe we’ll get a sequel to Scourge where he’ll do just that. And at the end of this story, hopefully, The Sentry will remain stranded in the Cancerverse as I think one of the strengths of Marvel’s pantheon of 616 Universe superheroes is that there really is no true Superman.

I liked Rosenberg’s tribute to Giffen on page 1 (i.e., the planet “Neffig”). I also enjoyed the fast-paced war story making up the first part of the issue with mortal enemies, Annihilus and Blastaar, being forced to work together to fight a losing battle against the Cancerverse’s Scourge. I especially enjoyed the Rider Nova and Cosmo team-up. Rosenberg seems to understand Rich Rider Nova per his recent interviews and the interaction between Rider Nova and Cosmo is reminiscent of their classic first meeting on Knowhere. I hope Rosenberg will elevate Rider Nova to the esteemed position among the Marvel Cosmic characters that he so richly (pun intended) deserves.

Ramirez and Tormey deliver some impressive interior art with Blee’s eye-popping colors making this war story really jump off the page. The variant cover artists deliver some amazing renditions – among the best of Annihilus ever produced. And I’ll never complain when a primary cover features my favorite superhero, Rich Rider Nova, front and center.

Annihilation: Scourge is off to a promising start with a writer who seems to properly understand and respect Cosmic willing to tell us a straight-up military science-fiction/science-fantasy story. I’m looking forward to seeing how this story comes together. Buy this book. As Quesada said years ago, vote with your dollars. Show Marvel that this is the kind of Cosmic book you want to read on a regular basis. 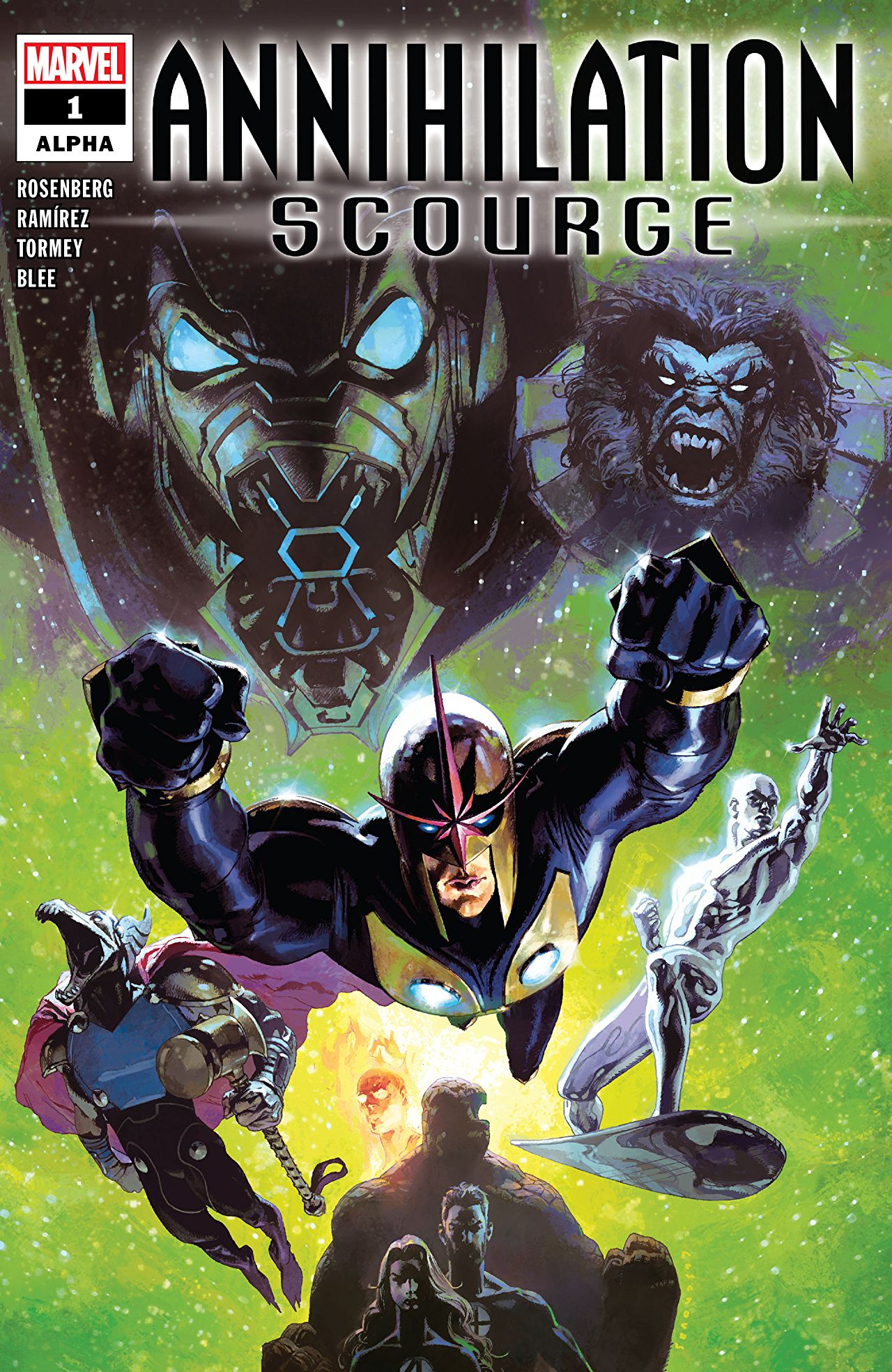 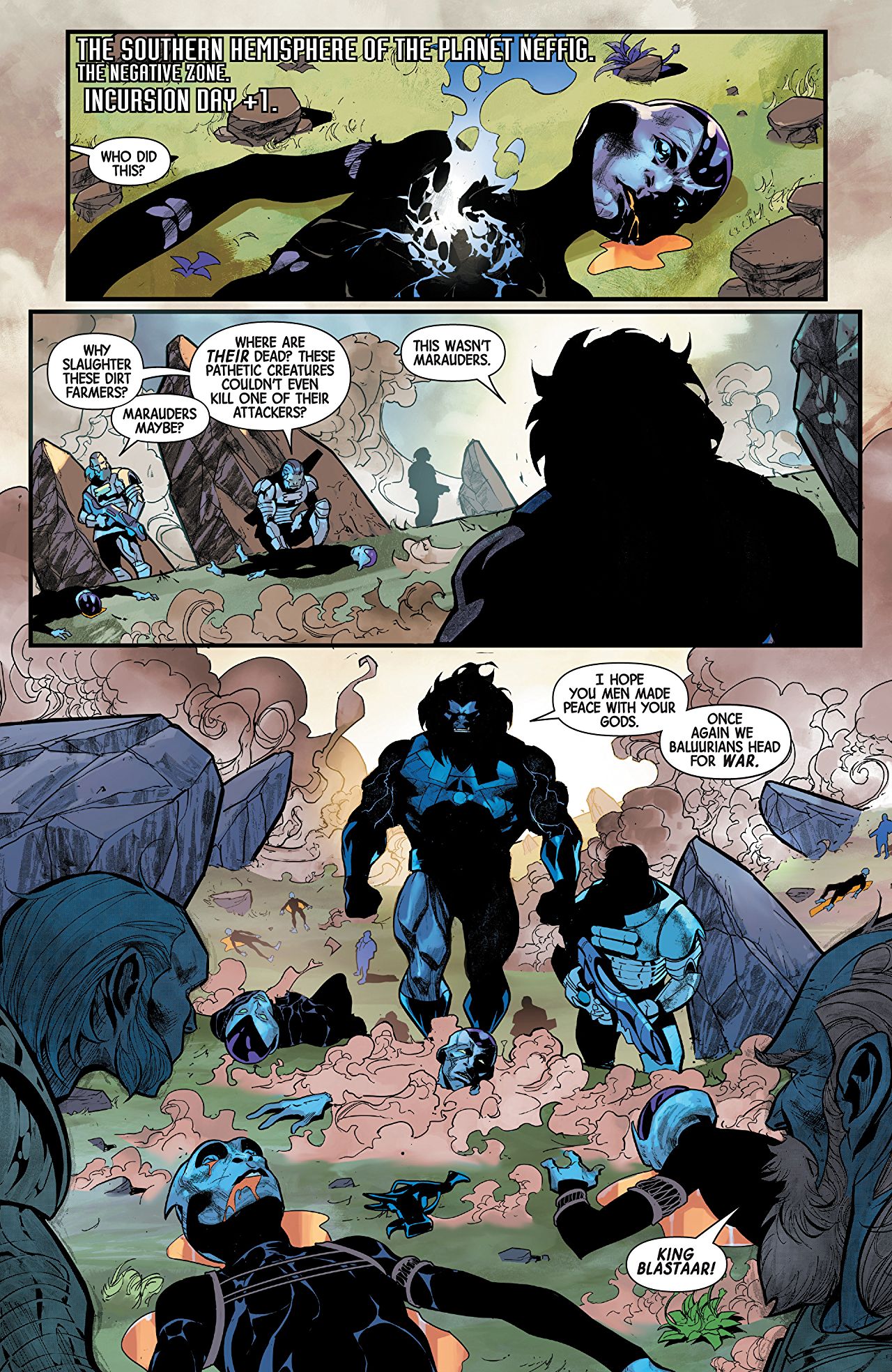 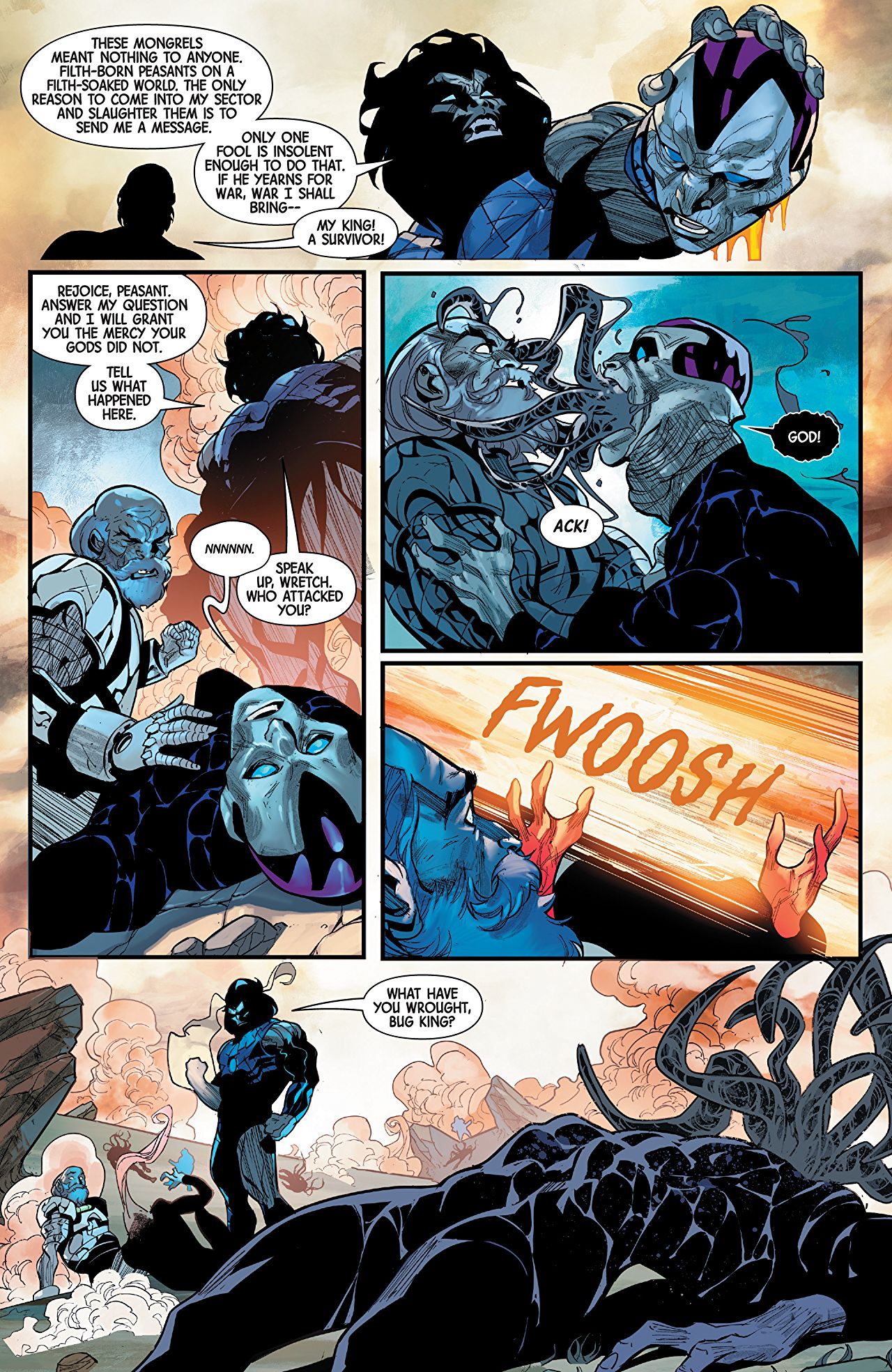 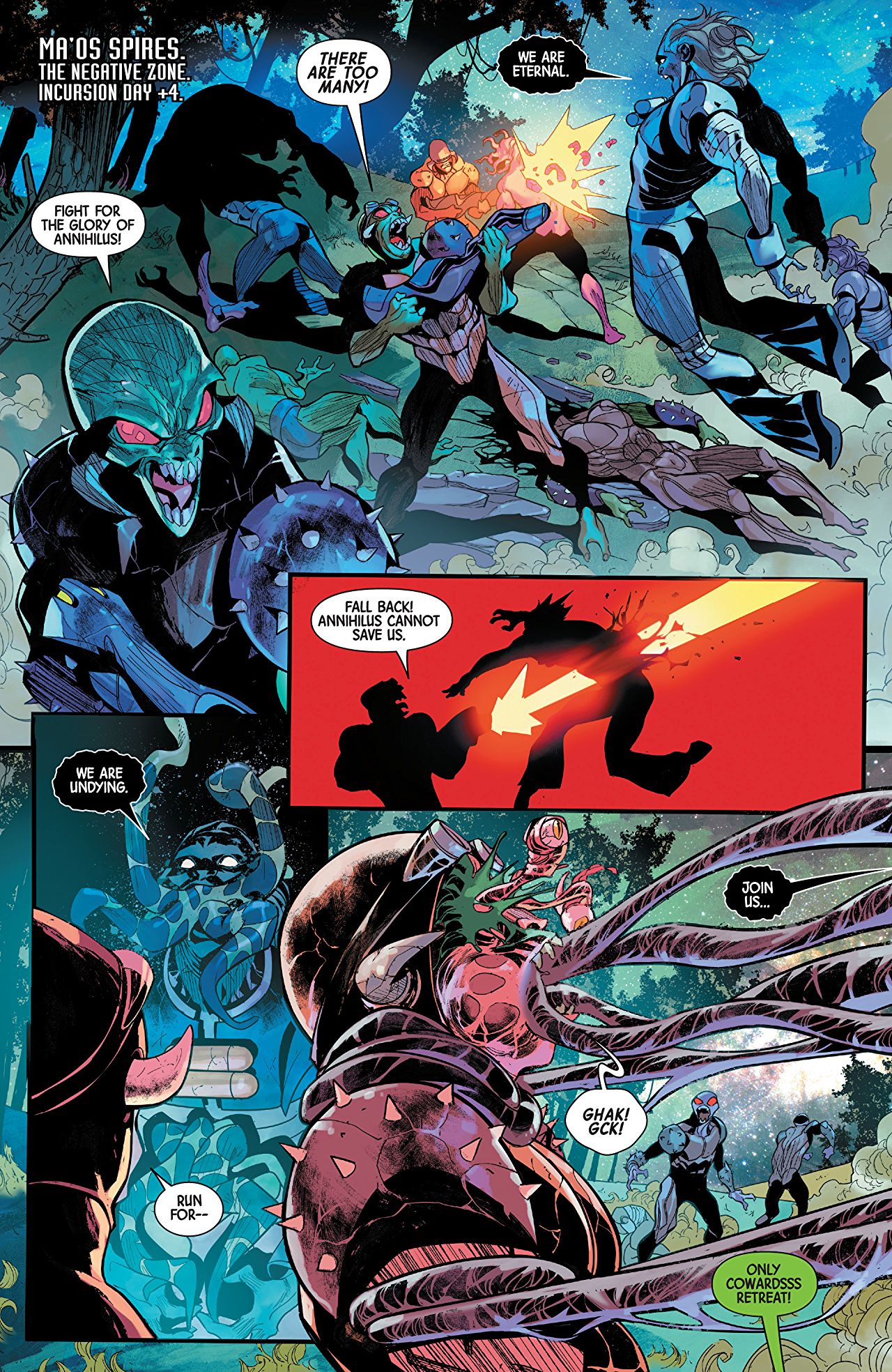